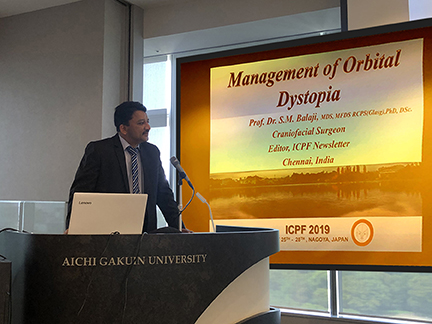 Dr SM Balaji attended the 13th ICPF (International Cleft Lip and Palate Foundation) World Congress in Nagoya, Japan. He is a member of the Board of Trustees of the ICPF as well as Editor-in-Chief of the ICPF newsletter. The ICPF Board of Trustees comprises of the premier cleft lip and cleft palate surgeons in the world who come together at the yearly world congress to assess the work done in the previous year and to formulate plans for the upcoming year.

The Board of Trustees meeting discussed ways of incorporating various allied fields into the ICPF to address the pressing needs of patients with various birth defects. The meeting was helmed by Dr Nagato Natsume, Secretary-Treasurer, who is also the founder of the ICPF and Prof Kenneth Salyer who is the President of the ICPF. Prof Salyer holds the distinction of having performed the first successful separation of conjoined twins in the world.

Dr SM Balaji is a premier Chennai-based cleft lip and palate surgeon whose surgical innovations have been widely adopted throughout the world by other surgeons. His surgical flap designs have resulted in improved esthetics and function for the patient.

The ICPF was founded in 1997 as a humanitarian, nonprofit organization whose aim was to address the sufferings of patients born with cleft lip and palate deformities. It has exponentially grown over the years and now conducts surgical missions to poor underdeveloped countries around the world for the rehabilitation of cleft lip and palate patients.

This year’s congress was held in conjunction with the 59th Annual meeting of the Japanese Teratology Society at the picturesque city of Nagoya in Japan. This is in lieu with the decision of the Board of Trustees of the ICPF to address a greater number of birth defects that plague humanity. The vision of the ICPF is to completely eliminate the occurrence of cleft lip and palate through genetic studies aimed at identifying the genes responsible for cleft formation.

Participation of the American Society of Teratology at the congress

This year’s congress saw the participation of the American Society of Teratology for the first time at the ICPF congress. It was represented by the President, Dr Elise M Lewis who spoke at length about the increase in the incidence of birth defects around the world. She spoke about the challenges facing the medical field in this regard.

Dr SM Balaji and Dr Elise Lewis held discussions about collaborations between India and the United States of America towards addressing this problem. They agreed that environmental factors were increasingly becoming a factor in the occurrence of birth defects.

The topic of Dr SM Balaji’s keynote lecture at the conference was the “Management of Orbital Dystopia.” He presented cases from his over 25 years of surgical experience in correcting this deformity. His lecture was followed by a lively Question and Answer session in which he addressed a variety of queries posed by the distinguished audience. Dr SM Balaji received a Certificate of Appreciation from Dr George Sandor at the end of his keynote lecture.

Dr SM Balaji attended the microtia workshop conducted by Dr Akiro Yamada. He held discussions with Dr Yamada regarding the various surgical techniques utilized for ear reconstruction. They discussed about the morphological differences in the human ear found in people around the world. The workshop was a resounding success with contributions from leading microtia surgeons from around the world.

This year’s congress concluded on a positive note with the decision to include a greater number of birth defects under the ICPF umbrella being lauded by all those in attendance. Everybody pledged their commitment towards the ideals of the ICPF of alleviating suffering cause by birth defects and other genetic anomalies. 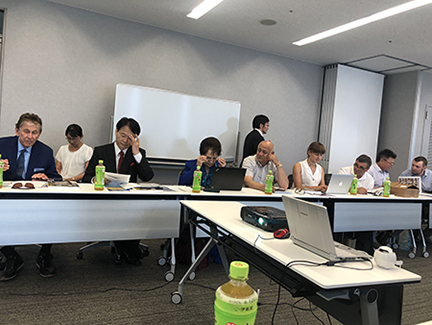 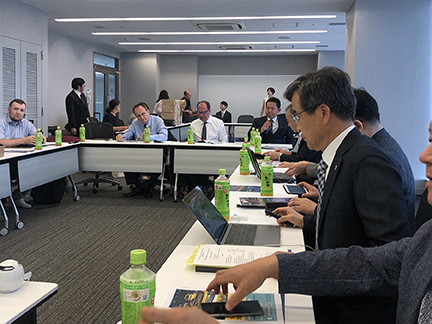 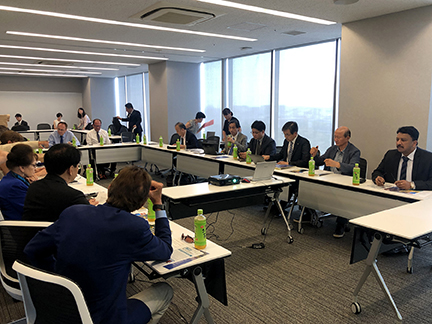 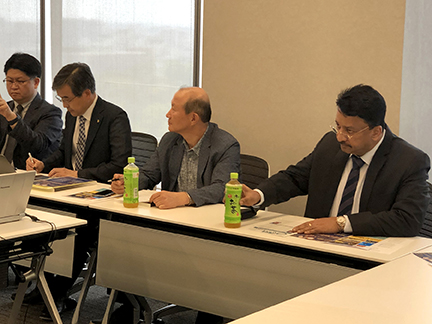 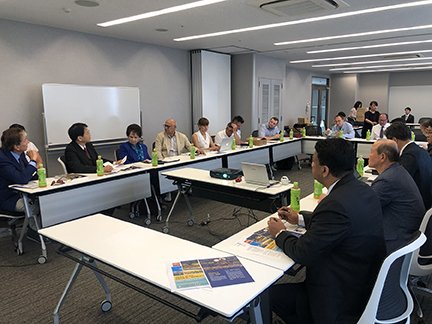 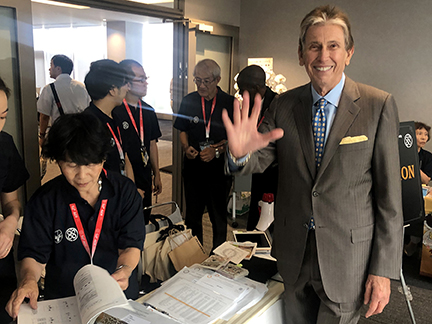 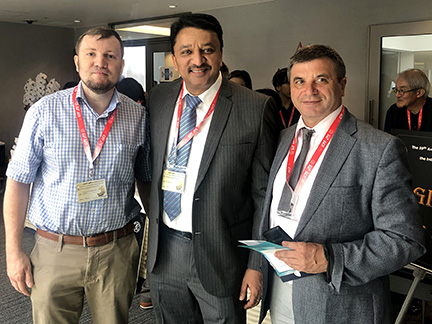 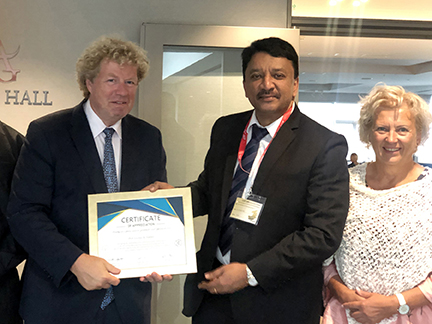 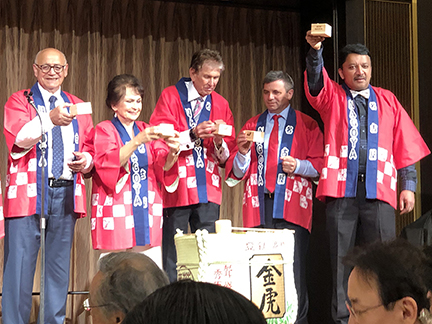