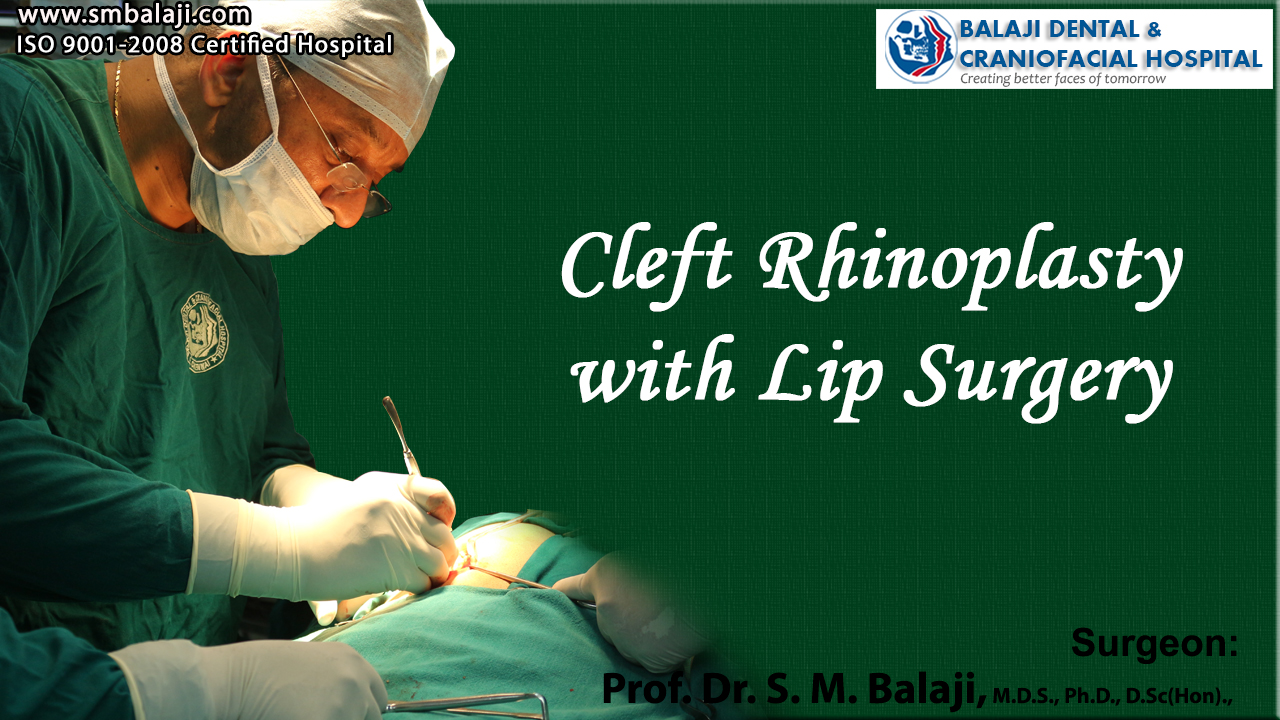 The patient is a 25-year-old female from Jaipur in Rajasthan, India who was born with a cleft lip, palate and alveolus. A cleft palate defect results in a hole in the roof of the mouth. This results in regurgitation of fluids from the mouth through the nose. Cleft palate repair would result in closure of this communication between the oral cavity and the nose.

The patient however developed a crooked nose with growth and age. She had always felt that her nose was asymmetrical and not in harmony with her face. This made her feel self conscious and depressed.

Another complaint the patient had was about the facial scar on her upper lip as well as a few missing teeth. She has already been operated twice for the nose and multiple times for the lips. A request was made for nose reshaping surgery. Plastic surgeons also perform this surgery.

Dr SM Balaji, nose correction surgeon, examined the patient and studied her old medical records. She was a case of left sided unilateral cleft lip and palate. Her nose appeared bulky. There was no symmetry in the upper lip. The vermillion border was uneven.

There was lack of sufficient alveolar bone in relation to the left lateral incisor for placement of a dental implant. Bone grafting would need to be performed at this site of implant placement at a later date. Decision was made to harvest the graft from the retromolar region. It was explained to the patient that she needed lip scar revision surgery as well as nose correction with bilateral lateral osteotomy and removal of the medial crus of the nose.

A bone graft would be utilized to reconstruct the defect in the alveolar bone. This would be followed by dental implant surgery after consolidation of the alveolar bone graft. He also explained that no grafting of skin or skin flaps will be required for these procedures.

Under general anesthesia, lip revision surgery was first performed followed by closure of the incision with sutures. A bone graft was next harvested from the left retromolar region. This was then used to reconstruct the patient’s alveolar defect.

Nose correction was performed next. An incision was made in the right nostril and medial nasal cartilage was excised. Lateral osteotomies were then performed bilaterally. Intranasal and intraoral incisions were then closed utilizing resorbable sutures.

The results of the surgery were visible immediately. The patient was very happy with the outcome of the surgery. She no longer had a bulky nose and had a more symmetrical nose. The result of her lip revision surgery was also very pleasing to her.

She expressed her happiness to the surgeon and thanked him for helping her to regain her confidence.