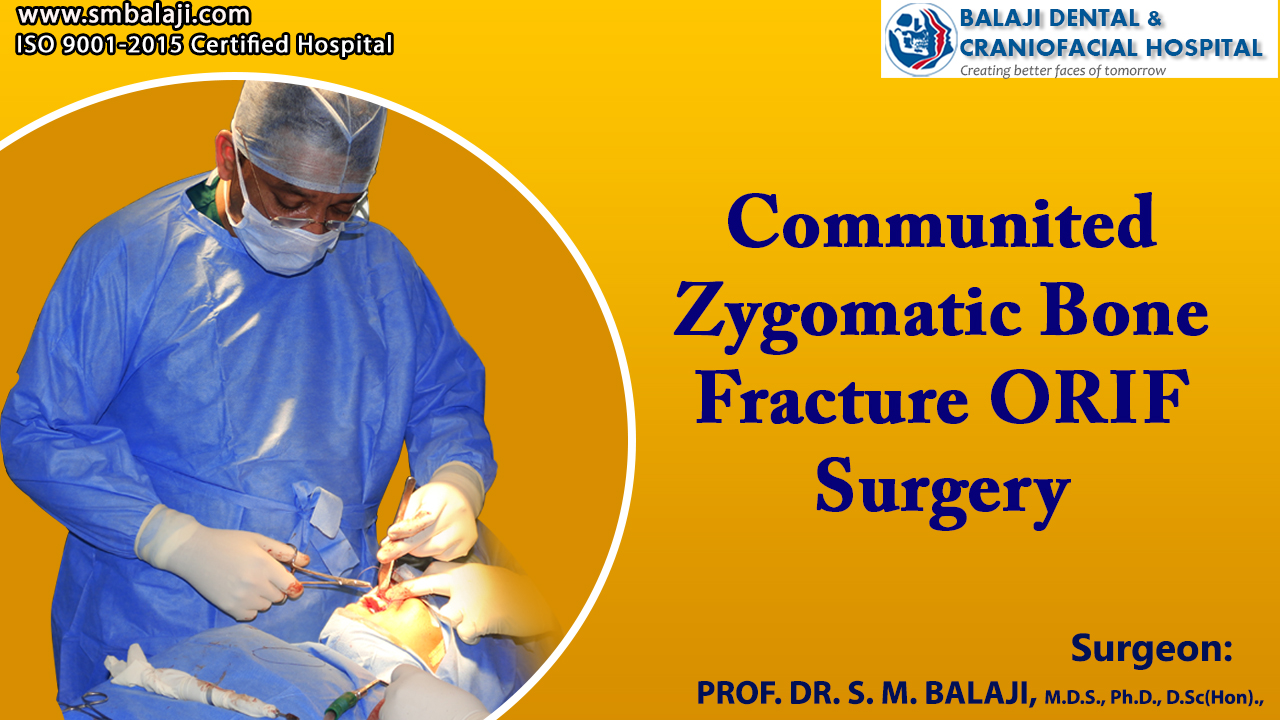 Following the liberalization of the Indian economy in the mid 80s followed by the entry of many foreign manufacturers into the country, the number of vehicles on the roads has exponentially increased in every part of the country. The number of two wheelers on the road is extremely high; however, road infrastructure has not kept up with this explosion in the numbers of vehicles. This compounded with lax enforcement of traffic rules has led to an increase in the number of road traffic accidents as never before.

Most of these accidents are low velocity medium impact because of the density of vehicles on the roads. Many two wheeler riders do not wear a helmet though helmet use has been made mandatory by law.

This is a 23-year-old male from Katpadi, India who was riding his bike to college when he was involved in a minor road traffic accident. The bike skidded when the patient avoided a pothole and he fell onto his face impacting his left cheek bone. This led to facial injury in the form of mild abrasions on the skin as well as a sharp pain in the region. The patient was not wearing a helmet.

He was taken to a nearby hospital where emergency treatment was provided. The skin abrasions were thoroughly debrided with removal of any blood clots contaminated with road debris and a tetanus toxoid injection. An x-ray was obtained of the left zygoma region as the patient complained of extreme pain in the region. This revealed the presence of a fracture of the left zygomatic bone. The emergency doctor at that hospital immediately referred the patient to Balaji Dental and Craniofacial Hospital, Chennai for surgical management of his fracture as we are renowned for facial trauma surgery in India.

A cast or splint would be ideal to treat fractures of long bones; however, they are not applicable in the case of fractures of the face arising from maxillofacial trauma. Soft tissue injuries are common with facial trauma as the skin in the facial region is very soft and delicate.

Dr SM Balaji, facial trauma surgeon, examined the patient and obtained a detailed history. The patient stated that he felt an obvious depression on the left side of the face. Comprehensive imaging studies were obtained and revealed a depressed comminuted left zygoma fracture. An open reduction of the fracture needed to be performed as a closed reduction would not be able to deal with the extent of the fracture. It was advised that bone fragments at the site of the fracture needed to be elevated back to their original anatomical position and fixed with plates. The whole procedure would be performed through an intraoral approach in order to avoid any visible facial scars. Patient and his parents were in agreement with the plan and signed the informed surgical consent.

Our hospital strictly adheres to the surgical protocols laid down by the American Association of Oral and Maxillofacial Surgeons. Le Fort fractures and other facial fractures that arise from motor vehicle accidents can at times be life threatening and our hospital is fully equipped to deal with any emergency arising from such situations.

Under general anesthesia, an incision was first made in the left maxillary sulcus. A flap was then raised and the comminuted zygoma fracture was exposed. The fracture fragments were then identified. They were then brought back into correct anatomical alignment and fixed using titanium plates and screws. The zygoma was then elevated, stabilized and fixed with titanium plates and screws. There was complete alignment of the fracture fragments with reestablishment of facial symmetry. There were no complications from the surgery.

Patient and parents express satisfaction with results of surgery

Helmet safety explained to the patient and his parents

It was explained to the patient and his parents that the fracture could have been avoided if the patient had been wearing a full face helmet as the patient’s face would have been completely protected at the time of the accident. An open face helmet would provide protection only to the skull and not to the face. Only a full face helmet would provide complete protection for the face also. Emphasis was placed on the point that the helmet strap would need to be secured for the helmet to offer effective protection at the time of an accident.