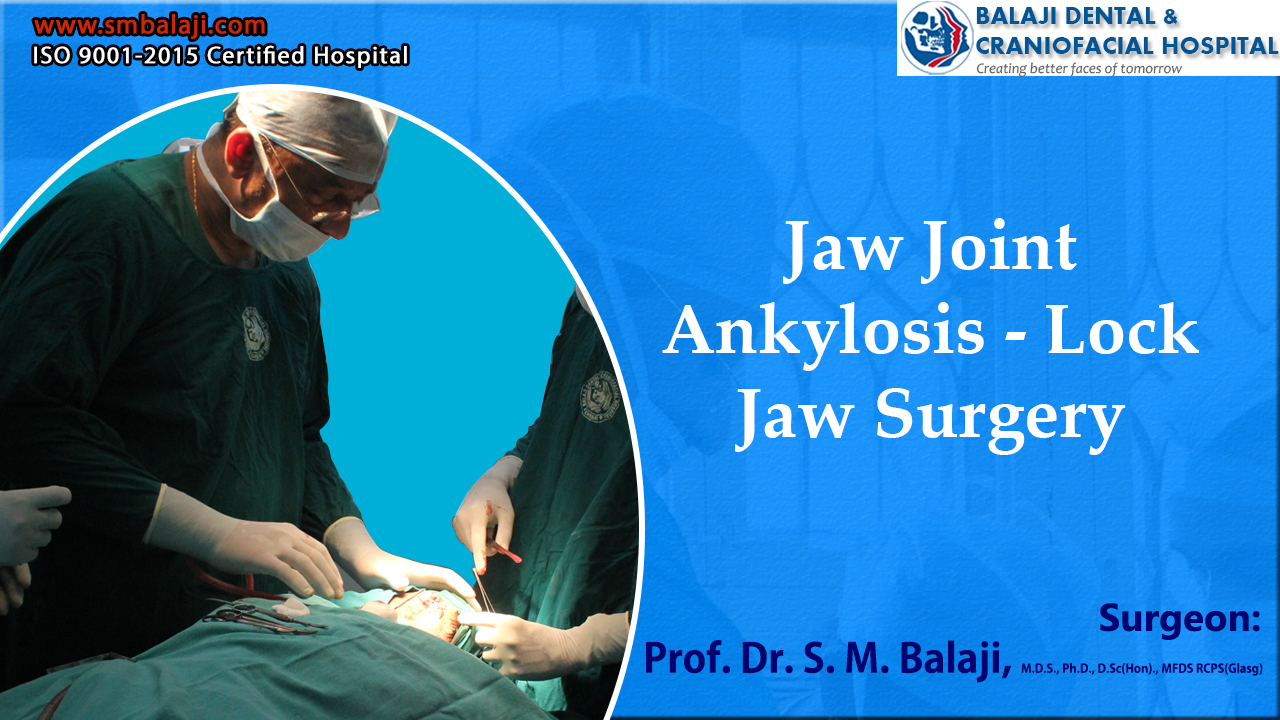 Patient with inability to open her mouth for many years now

The patient is a 10-year-old girl from Rajahmundry in Andhra Pradesh, India. She had extremely limited mouth opening of about 2-3 mm for many years now. This has made it nearly impossible for her to eat any solid food. The patient had been diagnosed with temporomandibular joint ankylosis many years ago.

She has been on a liquid diet for a long time and had lost a lot of weight. The patient rarely plays with other children as her speech was also affected. She also exhibited very poor social skills because of her problem. Her parents were greatly worried about her overall health. There was also an anterior open bite.

Deciding to get this addressed, they had taken her to a nearby city for consultation. An x-ray at a hospital had revealed that she had ankylosis of her right temporomandibular joint. They had counseled the parents extensively and had referred them to our hospital for management of the patient’s condition.

Dr SM Balaji, jaw reconstruction surgeon, examined the patient and ordered pertinent imaging studies including a 3D CT scan. This revealed that there was complete bony ankylosis of the right temporomandibular joint. The patient also had extremely restricted mouth opening and a retruded mandible.

Her parents were not able to recall any trauma that could have led to the ankylosis. It was advised that she has to undergo surgical correction of her ankylosis. The parents consented and the patient was scheduled for surgery.

Description of  TMJ Ankylosis and its etiology

Ankylosis is the condition that causes stiffness in a joint. It can be either fibrous or bony and can affect any joint in the body. When the structures outside the joint are affected, it is termed as false ankylosis.

True ankylosis denotes involvement of the structures within the joint. Ankylosis surgery has to be followed by physiotherapy and joint exercises. Night guards can also be advised at this stage of rehabilitation following successful surgical intervention. Children have the shortest recovery time from any form of surgery.

Successful surgical correction of her ankylosis

The patient underwent general anesthesia through bronchoscopic intubation due to her restricted mouth opening.  Once successful anesthesia had been induced, an incision was made in the right submandibular region. This was followed by dissection up to the ankylosed temporomandibular joint.

The ankylosed bone was osteotomized and gap arthroplasty was done. Passive mouth opening of about 45-48 mm was obtained following the surgery. Hemostasis was achieved and the incision closed with sutures.

Total patient satisfaction at the result of the surgery

The patient was instructed to continue with regular physiotherapy consisting of mouth opening exercises and other jaw exercises. Mouth opening was monitored during subsequent follow up visits.

The parents were happy with the results of the surgery. They mentioned that she will now be able to eat and speak well without any restrictions.