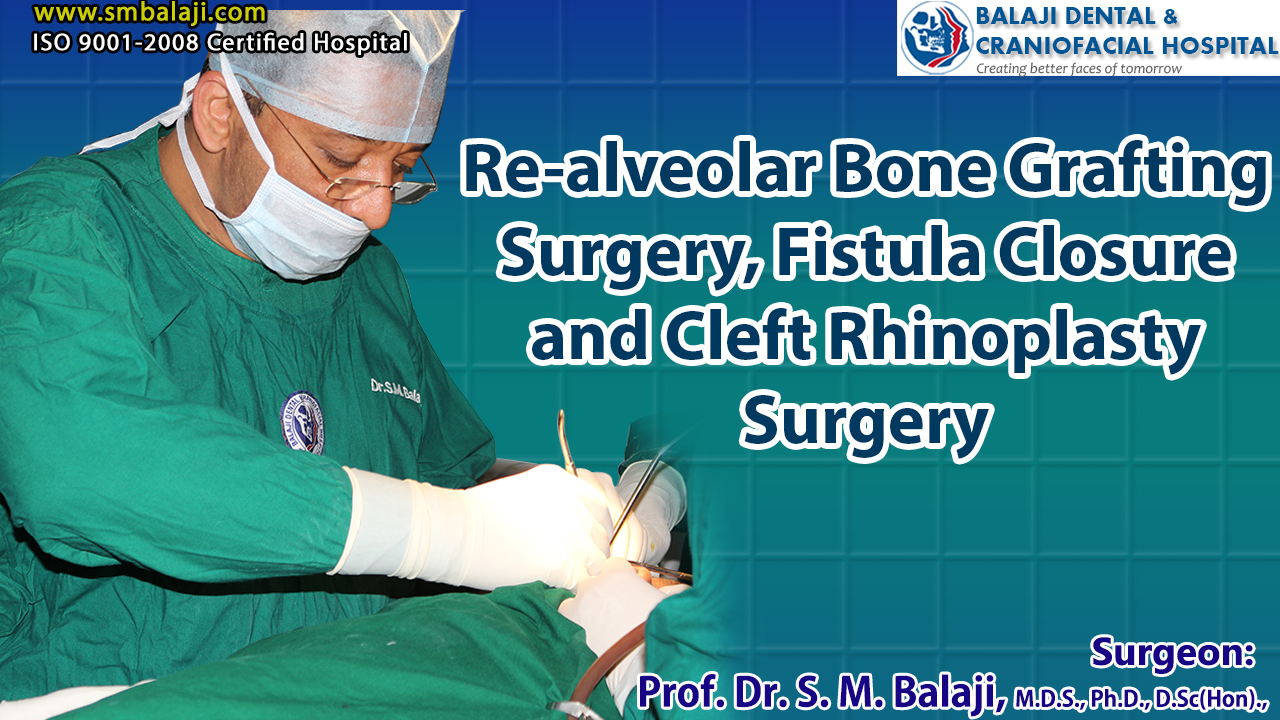 This young girl had been born with a left-sided cleft lip, alveolus, and palate. She had undergone repair of her cleft lip as an infant with an alveolar rib graft, but the graft hadn’t fused with the bone and had been a failure. She had developed an asymmetry of her nose because of this and a deficiency in the development of the cartilaginous part of her columella, which had lead to a collapsed left nostril. This had made her very quiet and withdrawn, isolating herself from her peers at school. The alveolar cleft in the region of her left lateral incisor was causing a direct communication with her nasal cavity through an oronasal fistula, which was leading to regurgitation of fluids from her mouth into her nasal cavity. Her parents had been enquiring everywhere as to where her defect would be best set right and had finally been referred to Balaji Dental and Craniofacial Hospital, Teynampet, Chennai. Dr. S. M. Balaji, Cranio-Maxillofacial Surgeon, examined the patient thoroughly and ordered comprehensive imaging studies including a 3D axial CT scan. He then explained the treatment plan in detail to the parents of the patient and they expressed their desire to go ahead with surgery.

After satisfactory induction of general anesthesia, two costochondral rib grafts were obtained from the patient. The wound was then closed in layers after ascertaining patency of the pleural cavity through the positive pressure ventilation test. Following this, mucogingival and palatal flaps were raised on the left side of the patient’s maxillary region at the region of the alveolar cleft defect. Costochondral rib grafts were shaped and crafted to fit into the area of bony defect and fixed with screws. Attention was next turned to the collapsed columella. A costochondral rib graft that had been shaped to precisely fit into the columella was inserted along the length of its base and stabilized in place with sutures. This lifted up the collapsed columella of the nose and set right the deformity to the left nostril. The palatal and the mucogingival flaps were then closed with sutures and the patient recovered uneventfully from general anesthesia.