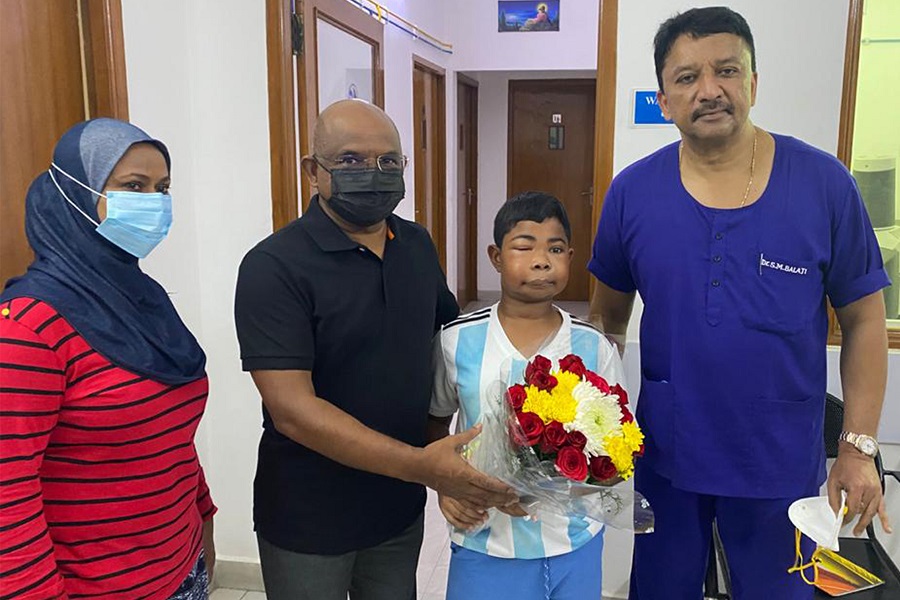 Hon’ble Abdulla Shahid, Minister of Foreign Affairs, Republic of Maldives, visited India to attend the India Today Conclave 2021 that concluded recently at the Taj Coromandel in Chennai. He warmly greeted Dr. SM Balaji who was also an invitee at the Conclave. They discussed many issues that were related to the healthcare system of the Republic of Maldives.

During their interaction, the Hon’ble Abdulla Shahid recalled Dr. SM Balaji’s contribution through his free surgical missions to the island nation’s hospitals, including IGMH and Hulhumale Hospital in Male, Gan Regional Hospital in Gan and other regional hospitals at Kulhudhuffushi, Addu and various other atolls.

He spoke about the transformation of the lives of children and young adults with craniofacial birth deformities at these government hospitals after corrective surgery by Dr. SM Balaji. He also emphasized Dr. SM Balaji’s contribution to the Maldivian Healthcare System, which included writing an oral healthcare book entirely in Dhivehi, the Maldivian language.

During the course of his visit to Chennai, Hon’ble Abdulla Shahid paid a visit to Balaji Dental and Craniofacial Hospital, which is a leading, Chennai-based surgical centre for Craniofacial Surgery.  He visited a recuperating Maldivian child who had undergone surgery with Dr. SM Balaji. The young child, as an infant, had a rare, rapidly enlarging tumor called Cemento-ossifying fibroma of both the upper and lower jaws.

Many international medical facilities had turned away the parents due to the complexity of the child’s clinical presentation. Dr. SM Balaji took him under his care, removed the tumour and successfully rehabilitated him. To create a new jaw, he used novel tissue growth guiding proteins – rhBMP2. The lower jaw was successfully completed some time ago and the upper jaw was revised to accommodate the child’s growth.

The Hon’ble minister expressed his heartfelt admiration for the child and congratulated him on his recovery from the ordeal. He also conveyed his sincere appreciation to Dr. SM Balaji for readily providing help to the young Maldivian child, assisting him in conquering the disease and enabling him to lead a normal life. 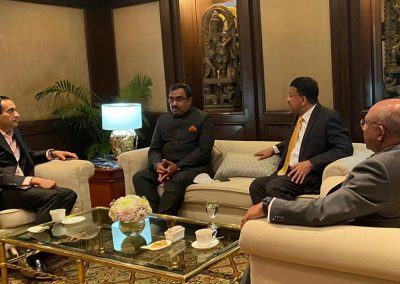 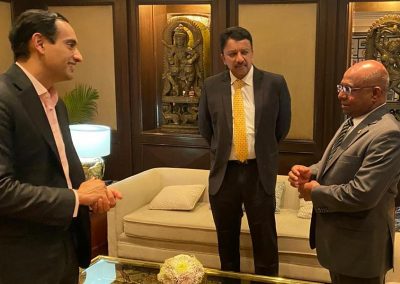 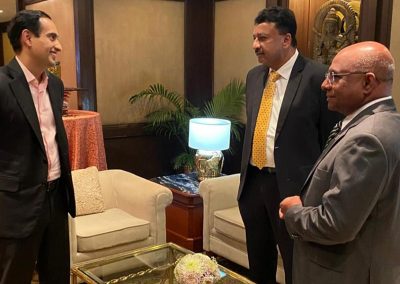 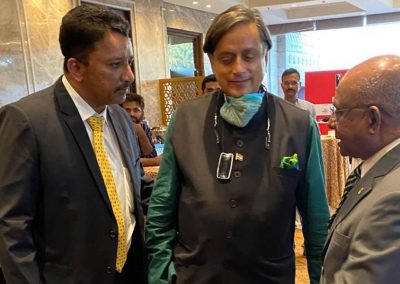 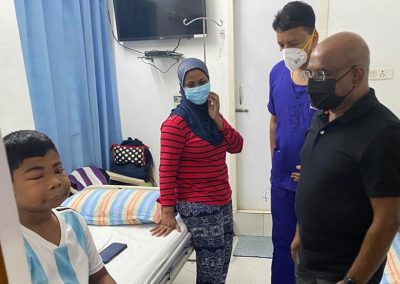 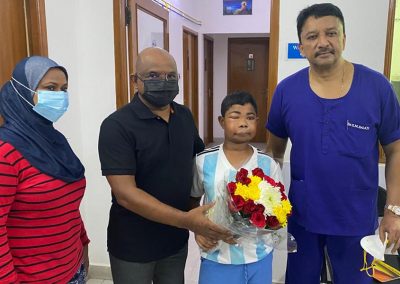 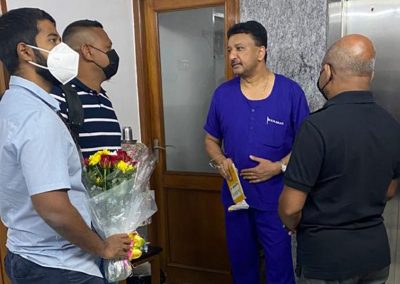 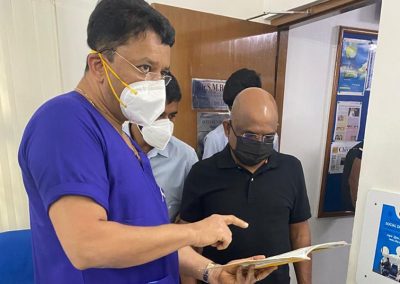