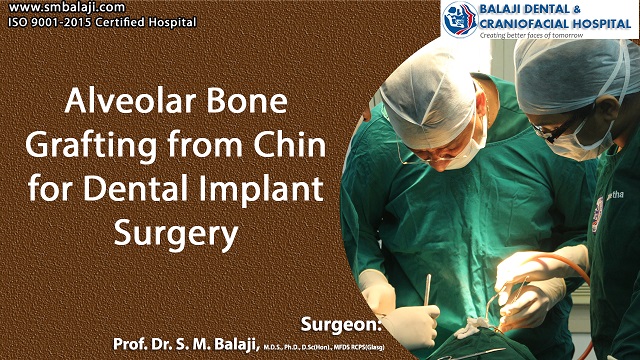 The patient is a 20-year-old male from Hazaribagh in Jharkhand, India. Firstborn to his parents, he had been born with a right-sided cleft lip, palate and a very minor alveolus deformity. This had caused a great deal of distress to his parents. His parents had been counseled at length about this condition.

The patient and his parents had been referred to our hospital for management of his deformities. He had first undergone cleft lip repair at three months of age. This had been followed by cleft palate repair at 8 months of age.

There were very good cosmetic and functional results from the cleft repair surgeries. He had been able to feed well and had met all his developmental milestones.

With the passage of time, as with all cleft patients, he had developed dental malocclusion. He also had a congenitally missing lateral incisor at the site of the alveolar cleft.

Some patients who have undergone cleft repair develop skeletal malocclusion due to a retruded maxilla. This is corrected by orthognathic surgery.

The dental malocclusion arising from his cleft deformity had not been addressed by his parents. About a year ago, he had expressed the wish to get this corrected to his parents. They contacted our hospital manager who gave them an appointment for consultation regarding his problem.

Dr SM Balaji, dental implant specialist, examined the patient. He then ordered imaging studies for the patient. The patient and his parents were then presented with the treatment plan.

Treatment planning presented to the patient and his parents

He had dental malocclusion with malalignment of his anterior teeth. There was a congenitally missing lateral incisor at the region of the minor alveolar cleft. It was explained to them that the first line of treatment would be presurgical fixed orthodontics. His malaligned teeth would be brought into perfect alignment.

Next step of correction would be a corticocancellous bone graft to the region of his cleft alveolus defect. This would be through harvesting of a bone graft from his chin. This is indicated in patients with small cleft defects in the bone.

The bone graft would help close the bony defect at the alveolar cleft. Larger defects would require bone grafts harvested from the iliac crest.

A Nobel Biocare dental implant would then be fixed at that site after bone graft consolidation. This would be followed by placement of a ceramic crown after osseointegration of the implant. The patient and his parents were in complete agreement and consented to the treatment plan. Tooth replacement through implant dentistry is a specialty feature at our hospital.

Commencement of fixed orthodontic treatment for alignment of his teeth

Treatment was started for the patient using orthodontic ceramic tooth colored brackets and esthetic arch wire. Patient did not want metal brackets because of the esthetics involved. Once alignment had been obtained, the bony cleft defect at the site of the missing upper right lateral incisor was clearly delineated.

Under general anesthesia, a flap was raised at the region of the missing lateral incisor. The bony cleft or fistula was exposed. A chin flap was raised next and corticocancellous bone grafts harvested from the patient’s chin region.

These bone grafts were then shaped and fixed with titanium screws at the site of the defect. The flaps were then closed with sutures after ensuring complete hemostasis.

Instructions were given to the patient and his parents that they will have to return in four months. There would be complete bony consolidation of the grafts at the site of the alveolar bony defect. A Nobel Biocare dental implant would be placed there followed in another four months by placement of a ceramic crown.

The patient and her parents expressed understanding of the instructions and will return in four months for dental implant surgery.