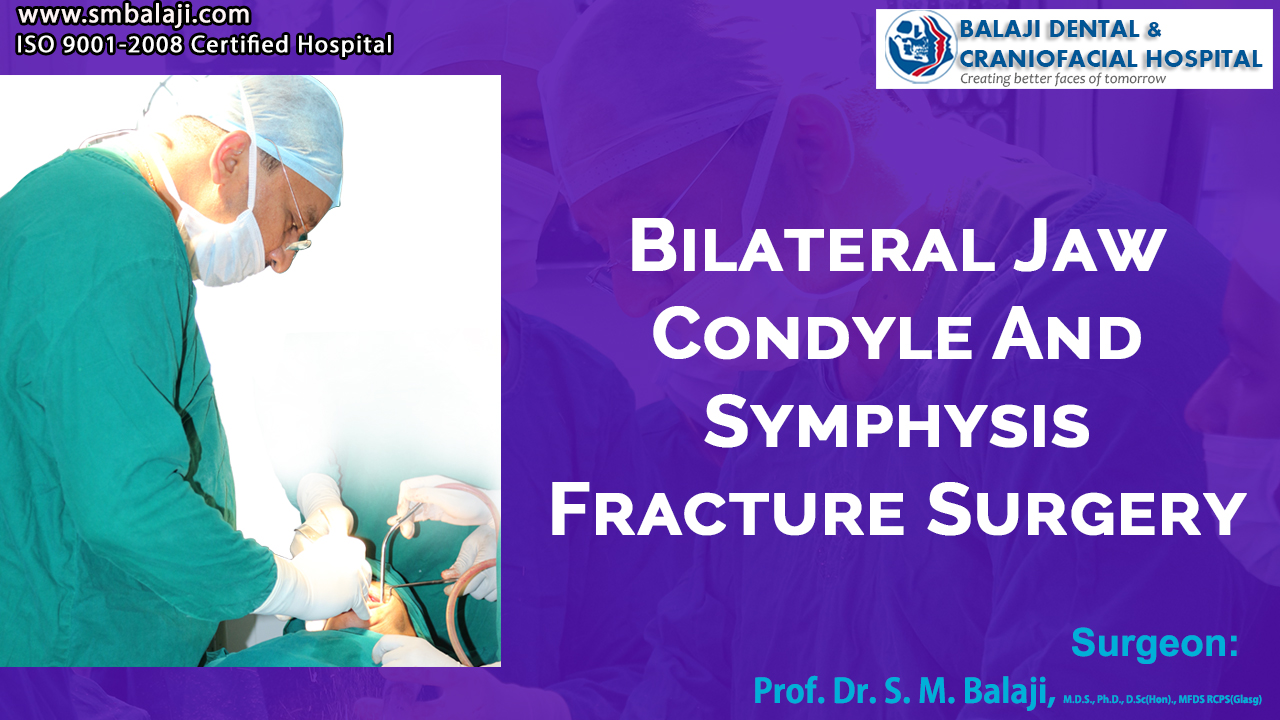 The patient is a 23-year-old male from Cuttack in Odisha, India, who rides a two-wheeler to work. It was on the way to work that he was involved in a multiple vehicle road traffic accident. He had fallen down with his chin directly impacting on the asphalt surface. There was also a skin laceration with bleeding at the point of impact on his chin.

He had immediately developed excruciating pain to his jaw region along with inability to open his mouth. An ambulance had been summoned to the accident spot and the patient had been rushed to a nearby hospital. First aid had been administered to his wounds and the chin and lip lacerations had been sutured. His wounds had also been thoroughly debrided.

Diagnosis of multiple fractures to the lower jaw from the accident

Our hospital is renowned for facial fracture surgery in India. Patients with multiple fractures to the face resulting from road traffic accidents have been successfully rehabilitated at our hospital. Successful facial reconstruction surgery arising from shattered facial bones is a specialty feature at our hospital.

Initial presentation at our hospital for treatment of his fractures

Dr SM Balaji, facial trauma surgeon, examined the patient and obtained a detailed history from his parents. They reported that the patient complained of extreme pain when opening and closing the mouth. Eating and speech had also been very difficult since the accident. He also had an open bite following the accident.

Radiological studies including an OPG and a 3D CT scan were then ordered. These revealed that the patient had a displaced symphysis fracture. There were also displaced right and left condylar fractures and a left coronoid fracture. The bilateral condyle fractures were displaced medially.

There was no damage to the stylomastoid foramen. The internal acoustic meatus was also intact with no compromise in hearing. Only complicated presentation of the fractures was the medial displacement of the condyles.

Treatment planning formulated and explained to the patient in detail

The severity of the fractures was explained to the patient and his parents in detail. They were advised that he needed immediate symphysis and left condylar fracture reduction and fixation. It was explained to them that intermaxillary fixation would also be necessary to promote healing.

The patient was also advised to stay on a liquid diet for about two to three weeks following surgery. This would need to be followed by another ten days on a semisolid diet. The patient and his parents expressed understanding of the treatment plan and consented to surgery.

Under general anesthesia, the previously placed sutures in the chin and lip were removed.  This was followed by a sulcular incision in the mandible. A mucoperiosteal flap was then elevated. The symphysis fracture identified, reduced and then fixed using two four-holed titanium plates and screws.

Attention was next turned to the condylar fractures. An open bite is always a presentation in cases of bilateral condylar fractures. It is necessary at times to perform open reduction and internal fixation of both condyles to correct the open bite. However, in this case, it was deemed that unilateral left-sided reduction would rectify the patient’s open bite.

A modified Alkayat Bramley incision was placed on the left side of the face. A flap was then elevated to expose the site of the condylar fracture. The condylar fracture was reduced and adequate correction was demonstrated through movement of the mandible. Once occlusion had been confirmed to be normal, the fracture segments were then fixed using titanium plates and screws.

Extreme care was taken throughout the surgery to ensure that there was no damage to the facial nerve. This was followed by sutures to the chin and lip lacerations.

It was explained to him that he had to carefully follow all postoperative instructions. He said that he would follow the dietary restrictions that had been previously explained to him.