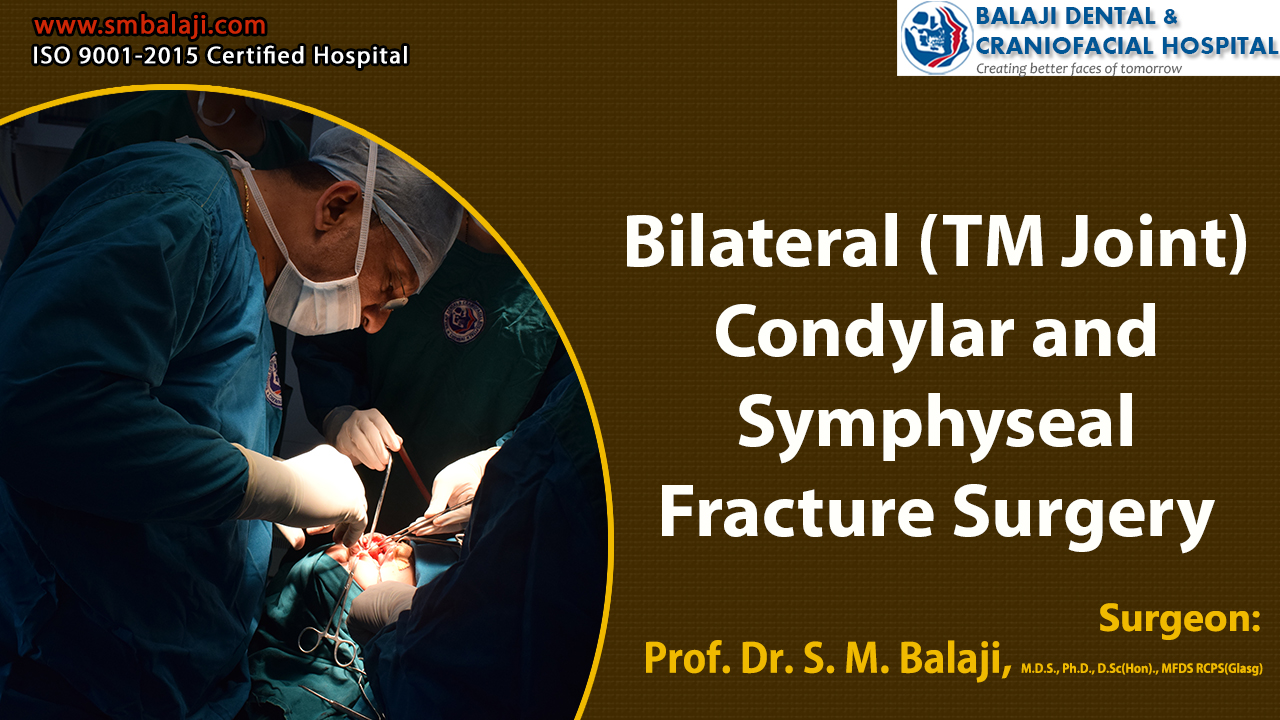 The patient is a 28-year-old male from Vaniyambadi in Tamil Nadu, India who was riding his motorcycle to work. Of note, he was not wearing a helmet. A pothole in the road had caused him to brake suddenly. This caused a car that had been behind him to collide with his motorcycle.

The impact had thrown him off his motorcycle. He had subsequently landed very hard on the asphalt surface, impacting on his chin. The fall was hard enough to result in broken bones. Bilateral fractures of the condyle commonly occur with falls on the chin. There were also a few soft tissue bruises on his body from the fall.

Bystanders had rushed him to a nearby hospital where first aid had been administered and bruises debrided clean.

Diagnosis of fractures and referral to our hospital

The patient had demonstrated difficulty with mouth opening and speech. An x-ray obtained at the hospital demonstrated multiple mandibular fractures. Fractures of the mandible are most common with two wheeler accidents.

Treatment planning was formulated and explained to the patient and his parents in detail. It was explained that open reduction and internal fixation of the fractures using titanium plates and screws needed to be performed. Our hospital is a renowned center for facial fracture surgery.

The patient and his parents expressed understanding of the treatment plan and consented to surgery. They were also informed that intermaxillary fixation may be necessary to promote healing. He was also advised to take liquid diet for about two to three weeks followed by a semi-solid diet.

Surgical reduction and fixation of the mandibular fractures

Great care was taken throughout the surgery to ensure that there was no damage to the facial nerve. Facial nerve function was demonstrated to be preserved at the end of the surgery.

Following fixation of the left condylar fracture, a sulcular incision was made in the mandible. This was followed by elevation of a mucoperiosteal flap. Next, the symphysis fracture was exposed and identified. This was then reduced and fixed using titanium plates and screws.

Successful stabilization of the multiple fractures

Anesthesia was reversed and the patient was extubated. Results of the surgery were immediate. The patient was very happy with the outcome of the surgery. He was able to open and close his mouth freely without pain. His occlusion was also completely normal.

It was explained to the patient that a full face helmet would have prevented his jaw fracture.