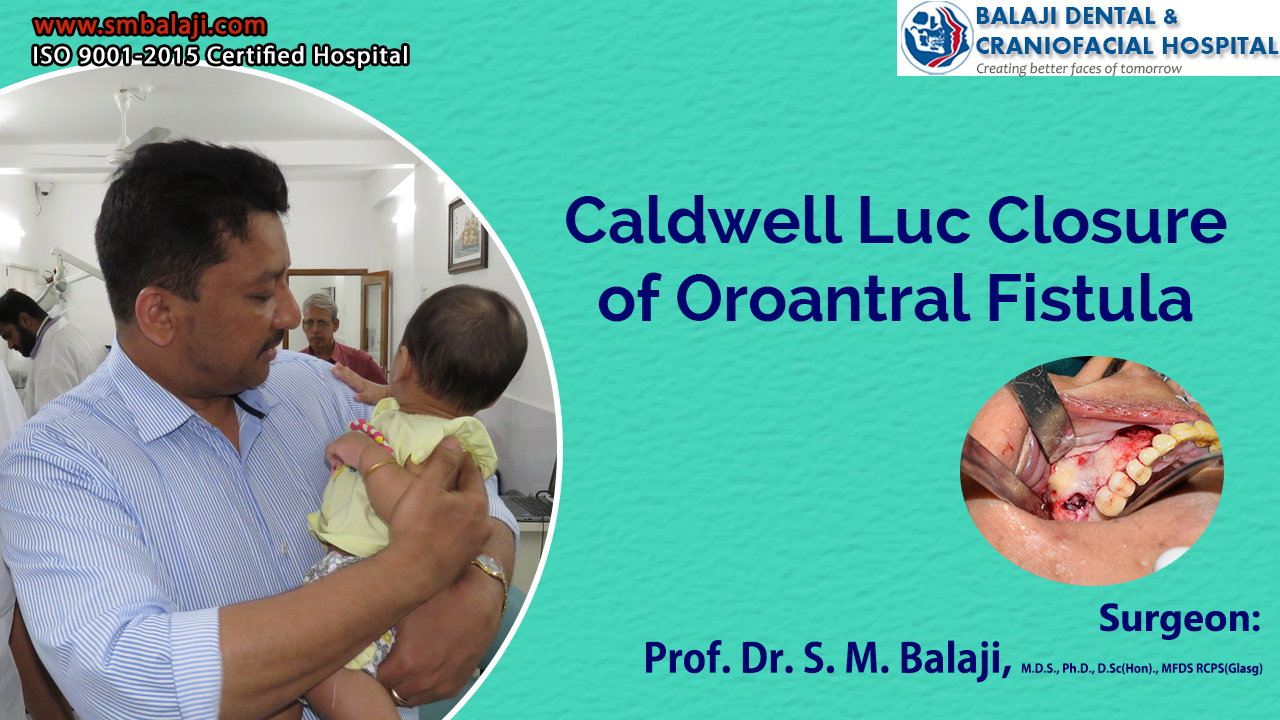 The patient is a 54-year-old lady from Chennai in Tamil Nadu, India. She had developed pain in the right upper back teeth region around a month ago. An x-ray was taken at an outpatient clinic of a dental school and she had been advised extraction of the right upper second molar. It had been a very difficult extraction and the entire tooth had been removed in pieces.

Dr SM Balaji, Oral and Maxillofacial Surgeon, examined the patient and ordered pertinent imaging studies including a 3D CT scan. The patient stated that she has a history of maxillary sinusitis. Her imaging studies revealed that her maxillary sinus was filled with an exudate. There was also an oroantral fistula present at the site of the traumatic extraction.

In addition, a full thickness defect was also noted on the bony nasal septum. The patient had previously undergone a septoplasty approximately three years ago. Nose blowing test was positive.

It was decided to perform an oroantral fistula closure along with clearance of exudates from the maxillary sinus. Caldwell Luc procedure is the ideal surgery for this condition. The surgery was explained in detail to the patient. She then provided consent for the surgery.

Surgical closure of the oroantral fistula

Under adequate general anesthesia, a crevicular incision was first made in the right maxillary region. A flap was then elevated and the oroantral fistula exposed. There was purulent discharge within the antrum. Through Caldwell Luc technique, a window was created and thorough maxillary sinus clearance was done.

Irrigation was done with antibiotics and thoroughly flushed until there was return of clear irrigant. The flap was then reapproximated and sutured using resorbable sutures.

There was no residual fullness felt by the patient. She expressed that all her symptoms had completely resolved and she felt completely fine. The patient expressed her happiness at the results of the surgery and thanked the surgical team before final discharge from the hospital.