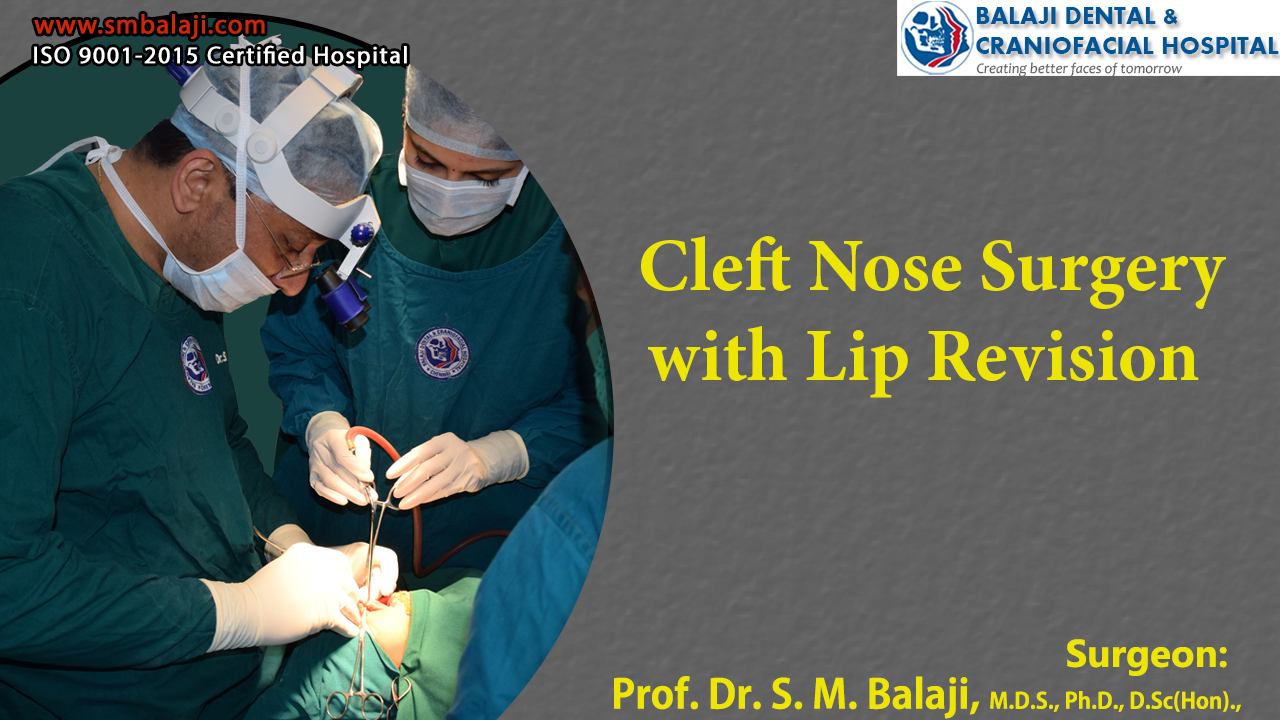 Patient born with a unilateral cleft lip and palate

The patient is a 28-year-old male from Nashik in Maharashtra, India who was born with a cleft lip and palate. These are the two most common birth defects found in newborns. Speech development is also affected by these defects. Breathing problems can also be associated with them. The surgical procedures require extreme precision and dexterity for successful esthetic outcomes.

He had undergone cleft lip surgery at 3 months of age and cleft palate surgery at 9 months of age by a cleft team. The hole in the roof of the mouth had been closed. Both surgeries had been performed elsewhere.

However, the patient’s nose had become progressively deformed as he grew up. It was flat and crooked and the patient felt that it made him unattractive. This had become more and more noticeable with the passing years.

Social problems arising from the presence of the scars

There was also a very prominent scar from the cleft lip surgery. This had caused a great deal of distress to the patient and had made the patient an introvert. He rarely left the house and had few friends. There had also been instances of bullying at school and college. His lip and nose deformities played on his mind. He wanted to undergo cosmetic surgery for surgical repair of his nose and lip.

Our hospital is a specialty center for cosmetic rhinoplasty. All forms of nasal deformities are corrected surgically at our hospital. Bone grafts are used to address many of these procedures. Even many celebrities have undergone cosmetic nose surgery here. Subtle changes in the form of their nose even gave some of them a new lease in their career.

Dr SM Balaji, cosmetic nose surgeon, examined the patient and and ordered comprehensive imaging studies. The patient stated that he wanted a sharp, prominent and symmetrical nose. He also stated that he was very self conscious about the residual scar from his cleft lip surgery. There was loss of mustache from the philtrum.

Under general anesthesia, the lip revision surgery was performed first with excision of the residual scar tissue. Following this, an incision was made in the right inframammary region and a costochondral rib graft was harvested.

A transcartilagenous incision was next made in the right nostril with dissection done up to the nasal dorsum. The nasal dorsum was augmented using the costochondral graft. A right lateral osteotomy was then done followed by placement of resorbable sutures intranasally.

The patient was extremely happy with the results of the surgery. His nasal asymmetry had been corrected and there was perfect harmony with the rest of the face. He no longer had a depressed or crooked nasal form. His nose was symmetrical, elevated and prominent. The scar revision was also successful.

He stated that he can now face life with confidence with the correction of his nasal and lip deformities. This would also help him be less introverted and develop an active social life.