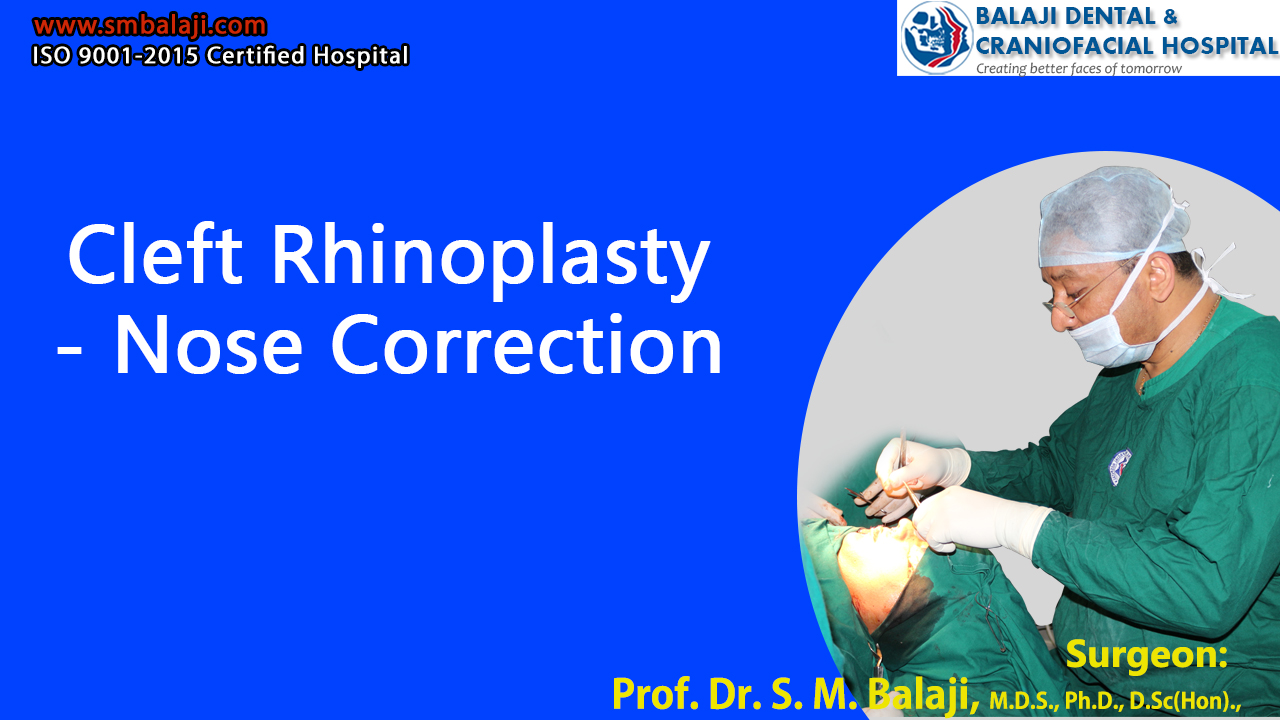 The patient is a 26-year-old male from Kurnool in Andhra Pradesh, India. He was born with a left-sided cleft lip and palate. Cleft lip surgery and cleft palate surgery were performed before the patient was a year old. A cleft alveolus surgery was performed at the age of 7 years. The hole in the roof of the mouth was closed. All the surgeries had been performed elsewhere.

The surgeries had left the patient with a deformed nose and a prominent hypertrophic scar in the upper lip. There was no hair growth in the region of the scar, which upset the patient as he desired to have a mustache.

The nose was flattened and asymmetrical. He had faced a considerable amount of bullying at the hands of his peers, both in school and in college. This had made him feel depressed and reclusive. The patient always desired to possess a sharp nose that was in harmony with the rest of his face. He also said that he felt he had a decreased sense of smell and breathing problems.

Absence or incomplete fusion between the segments of the two halves of the upper lip segments in utero lead to the formation of a cleft lip, palate and alveolus. It could occur either due to environmental factors, injuries to the fetus, fetal infections or could have an underlying genetic basis to it. It is the most common birth defect found in newborns.

Scientific research is being carried out around the world to find a way to prevent the formation of cleft lip and palate. This is very distressing to both the patients once they grow old enough to become aware and to the parents.

Initial presentation at our hospital for correction of his deformities

Dr SM Balaji, Facial Deformity Surgeon, examined the patient and obtained comprehensive imaging studies including 3D CT scan. All vitals were checked including blood pressure. Treatment planning was then made for the patient. The patient would need nose correction surgery, also known as a nose job.

It was explained to the patient and his parents that nasal bridge augmentation would be performed with a costochondral rib graft. A strut graft would then be utilized to elevate the left nostril by means of lifting up the columella. A nose essentially has both bone and cartilage in it.

Medial and lateral osteotomies would then be performed to correct the deformity along with lip revision for scar removal. The patient and his parents were in agreement with the treatment plan and consented to surgery.

Successful surgical correction of the deformities

Under general anesthesia, an incision was made in the right inframammary region and dissection was carried down to the ribs. A costochondral rib graft was then harvested followed by a Valsalva maneuver to ensure a patent thoracic cavity. The incision was then closed in layers with sutures.

An intercartilagenous incision was then made followed by medial and lateral osteotomies to correct the deviated nasal septum.  Once nasal septum surgery had been done, dissection was then done and the nasal bridge was augmented with the costochondral graft. A strut graft was then placed to elevate the left nostril.

The patient and his parents were very happy with the results of the surgery. The patient now had a sharp, symmetrical and prominent nose after the cleft rhinoplasty. Upper lip scar revision surgery also enhanced the esthetics of the patient’s face.

He expressed his joy to the surgeon and mentioned that this will help him to lead a life with more confidence.