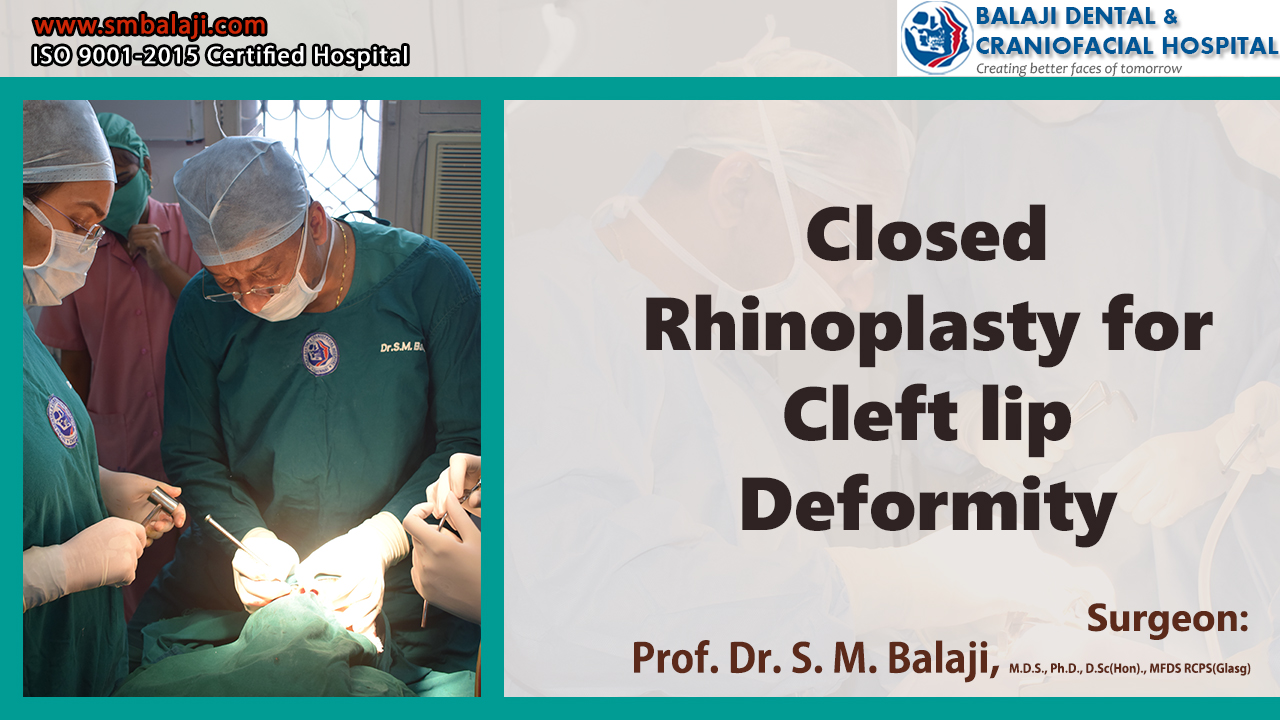 He had subsequently undergone cleft lip and palate surgery in his home state of Kerala, India when he was three months and eight months old respectively.

This had resulted in significant improvement in esthetics and function. He had been able to feed well and his BMI had always been within normal limits for age. However, children with this deformity tend to have exacerbation of the defect as they grow up. Facial morphology changes rapidly with growth and any residual bony defect from the cleft palate gets amplified.

Depressed and lacking self confidence because of the nasal deformity

He is now 24 years old and quite depressed about the appearance of his nose. The bridge of his nose was depressed leading to the nose appearing excessively broad for his face. The patient was worried that his nose was looking very big and ugly. The nose was also depressed on the left side. He has a typical cleft lip nasal deformity now.

Because of the above factors, the patient desired to get his facial deformities corrected. He and his parents had made widespread enquiries regarding the best cleft rhinoplasty hospital in India. They had subsequently decided to come to our hospital for his nasal deformity surgery. Plastic surgeons and oral and maxillofacial surgeons perform cosmetic rhinoplasty.

Initial presentation at our hospital for his corrective surgery

Dr SM Balaji, cleft rhinoplasty surgeon, examined the patient. The left side of his nose was depressed because of his cleft lip and palate deformity. He explained the treatment plan to the patient and his parents.

Nasal bridge augmentation would first be performed with a costochondral rib graft harvested from the patient. This would be followed by alar web correction surgery in the left nostril. Lateral osteotomy surgery would then be performed bilaterally resulting in correction of his broad nose deformity. The patient consented to the treatment plan.

Surgical correction of the patient’s complaints

Under general anesthesia, a right inframammary incision was made and a costochondral rib graft was harvested. The incision was then closed in layers with sutures.

Attention was next turned to the nasal bridge augmentation surgery. An intercartilaginous incision was made in the left nostril. The lateral nasal cartilage was excised partially.  Dissection was done up to the nasal bridge, which was augmented using the costochondral graft.

Alar web correction surgery was then done in the left nostril. Bilateral lateral osteotomy was then performed following which closure was done intranasally using resorbable sutures.

The patient and his parents were very happy with the esthetic results of the surgery. He now had an elevated, more symmetrical, narrow, and prominent nose. This was in complete harmony with the rest of his facial features. He stated that his self confidence levels had soared up before final discharge from the hospital.