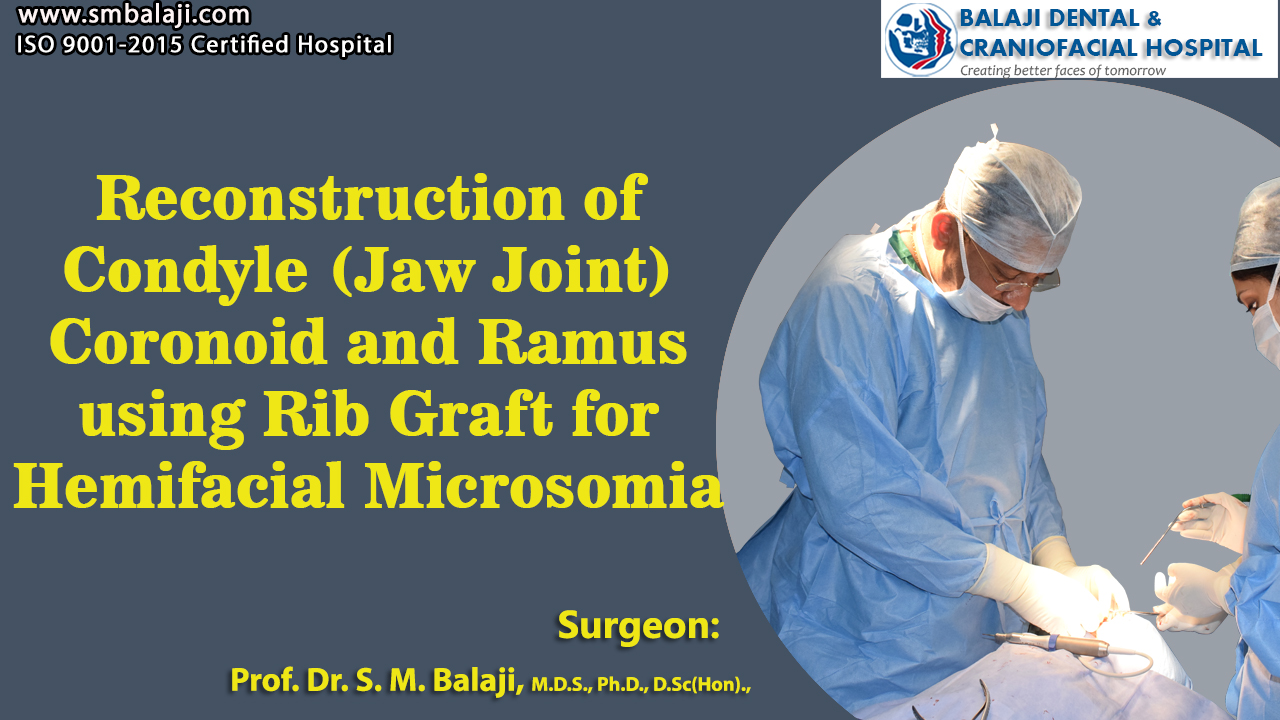 An introduction to hemifacial microsomia

Hemifacial microsomia is a congenital disorder that affects the development of the lower half of the face. It most commonly affects the ears, the mouth and the mandible. It usually occurs only on one side of the face, but rarely may involve both sides of the face. If severe, it may result in breathing difficulties due to obstruction of the trachea—sometimes even requiring a tracheotomy.

With an incidence in the range of 1:3500 to 1:4500, it is the second most common birth defect of the face after cleft lip and cleft palate. Hemifacial microsomia shares many similarities with Treacher Collins syndrome, Goldenhar syndrome and Franceschetti syndrome.

Surgical procedures for correction of the resulting facial asymmetry is the only remedy available for patients with hemifacial microsomia. Fat grafting into areas of soft tissue deficiency is one mode of treatment. The aim of reconstructive surgery is to restore symmetry to facial structures. It involves performing both oral and maxillofacial surgery as well as plastic surgery procedures. Temporomandibular joint surgery is performed in case of involvement of the joint. Tooth extractions might be needed if there is a tooth at the site of the bony cut placed for mandibular distraction.

The patient is a 23-year-old female from Varkala in Kerala, India whose parents began to notice developing facial asymmetry since her infancy. It gradually kept worsening over a period of time until it became cosmetically unappealing. A doctor in her hometown diagnosed her with hemifacial microsomia and recommended that they wait until adulthood before they sought surgical correction of her facial asymmetry. She had become socially withdrawn and quiet over the years and hardly left the house. She also kept her head tilted onto the right shoulder in an attempt to conceal the asymmetry. This had resulted in chronic neck pain for the patient. They recently met with an oral and maxillofacial surgeon near their hometown who referred them to our hospital for hemifacial microsomia surgery. Our hospital is a renowned specialist center for facial asymmetry surgery in India.

Dr SM Balaji, facial asymmetry correction surgeon, examined the patient and ordered comprehensive imaging studies. Complete clinical and radiological examination done.  Clinical examination revealed facial asymmetry on the right side along with torticollis on the right side. Torticollis or wry neck is a form of dystonia that is defined by an abnormal, asymmetrical head or neck position, the etiology of which might be due to a variety of causes. The term torticollis is derived from the Latin words tortus, which means twisted and collum, which means neck. The patient’s 3D CT scan revealed a hypoplastic right ramus. She also had an ear tag on the right side of her face.

Treatment planning formulated for the patient

Successful recreation of the coronoid and mandibular ramus

Under general anesthesia, a right inframammary incision was first made and costochondral rib grafts were harvested. A Valsalva maneuver was then performed to ensure absence of perforation into the thorax following which closure of the incision was then done in layers. A right submandibular incision was then made and dissection was performed up to the condyle. The bone grafts were crafted to the right size and the coronoid was recreated along with augmentation of the ramus of the mandible. These grafts were then fixed with titanium screws and the incisions closed with resorbable sutures.

A postoperative OPG taken two months after the surgery showed evidence of sufficient bone consolidation at the site of the grafting. The patient’s face was also more symmetric. The patient would return in six months for her distraction osteogenesis. The patient’s parents expressed their thankfulness as the patient’s hemifacial microsomia had affected the patient to such a degree that the whole family had been affected by it.