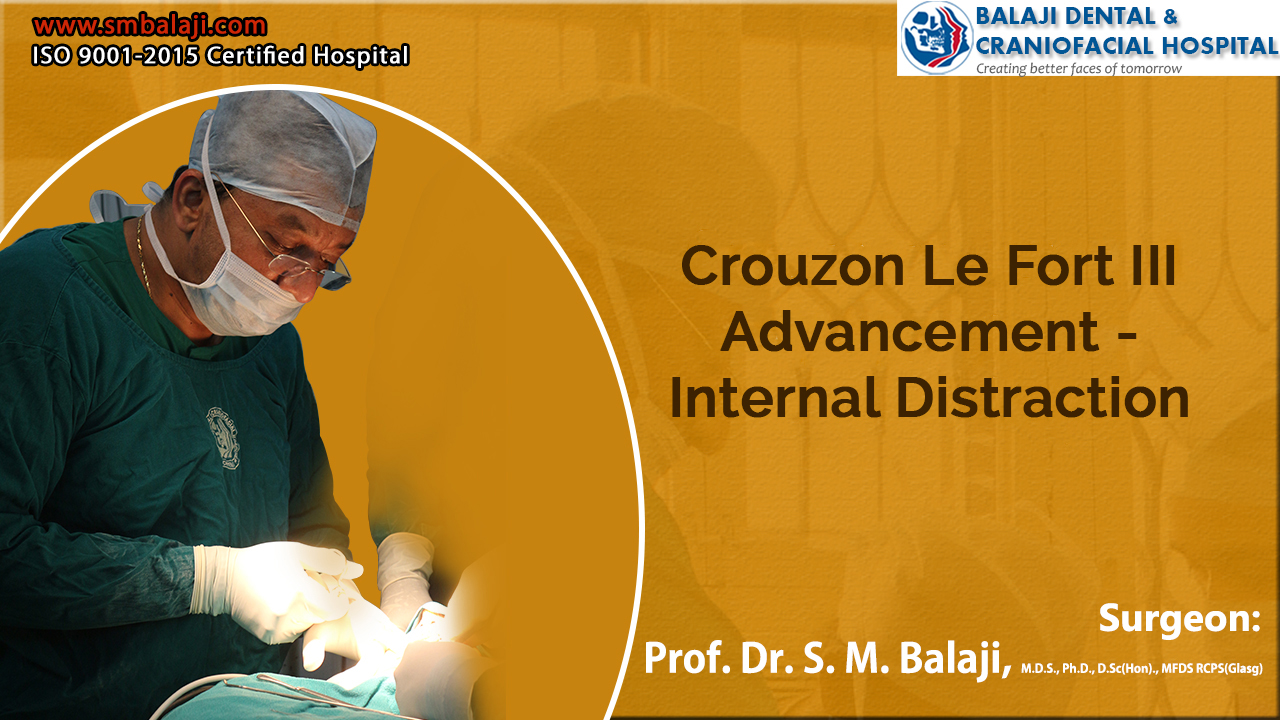 The patient is a 23-year-old female from Manapparai in Tamil Nadu, India. She was the product of an uneventful pregnancy. Her abnormal facial features were first noted at the time of birth.

She had been referred for genetic testing and had been confirmed to have Crouzon syndrome. Her parents had been extensively counseled regarding the condition and its implications.

What is Crouzon syndrome and what are its manifestations

Craniosynostosis denotes the premature fusion of some of the skull bones. This early fusion leads to abnormal development of the skull, leading to deformities of the skull and face.

Patients with this syndrome have abnormal looking faces and skull shape. There are however no soft tissue abnormalities. The eyeballs are extremely protuberant because of a deficiency in the orbital bones. There is marked regression of the midfacial region.

There is also strabismus due to the eyes being displaced within the orbits. Patients also have a beaked nose along with a prominent nasal bridge. Their intelligence is however completely normal.

The patient had a difficult childhood because of constant bullying at school. She has very few friends and avoids socializing because of her facial deformities. As she has become an adult now, her parents decided to get this addressed surgically.

A local oral surgeon had examined her and had referred her to our hospital for management. Plastic surgeons do not perform surgery for correction of deformities arising from Crouzon syndrome.

Our hospital is a superspecialty center for craniomaxillofacial surgery in India. We perform syndromic facial deformity correction at our hospital. There are two modern operating theaters equipped with the latest medical technology. Orthognathic surgery is also another specialty procedure that is performed in our hospital.

Upon examination, the patient had protruding eyeballs due to bony deficiency in the orbital region. This gave her an abnormal facial appearance. There was also retrusion of her midfacial region. He performed mock surgery on the 3D models and meticulously planned the surgery.

It was decided to do midfacial advancement for the patient using distraction osteogenesis. This would be facilitated by a Le Fort III surgery of the midfacial region. The internal distractors would be in place for a period of three months. Bony distraction of 15 mm would be performed for correction of her midfacial deformity.

Successful surgical correction of the facial deformities from the Crouzon syndrome

Of note, hair was not shaved prior to surgery as this is a female patient. Under general anesthesia, a bicoronal flap was first raised to expose the patient’s frontal and facial bones. Bony cuts were marked and the zygoma was cut. This was followed by 180-degree bone cuts to the lower part of the orbital bone.

The bone was then disjointed and bilateral internal distractors were fixed in place. Trial distraction was then performed to ensure that distraction resulted in adequate bony separation.

The frontal bone was reduced with a burr and smoothened to reduce the prominence of her forehead. Once hemostasis had been confirmed, muscle flaps were placed back in position and the bicoronal flap was closed with staples.

Initiation of internal distraction osteogenesis for correction of midface retrusion

A latency period of around ten days was allowed for settling down of the operative site. Bilateral distraction of 1 mm was performed every day until there was good midfacial advancement. This also resulted in correction of the patient’s strabismus.

Complete satisfaction at the results of the surgery

The patient and her parents expressed understanding that they will return in three months for removal of the distractors. They expressed their happiness with the results of the surgery. She would now have the confidence to face the world and take on the everyday challenges of life.