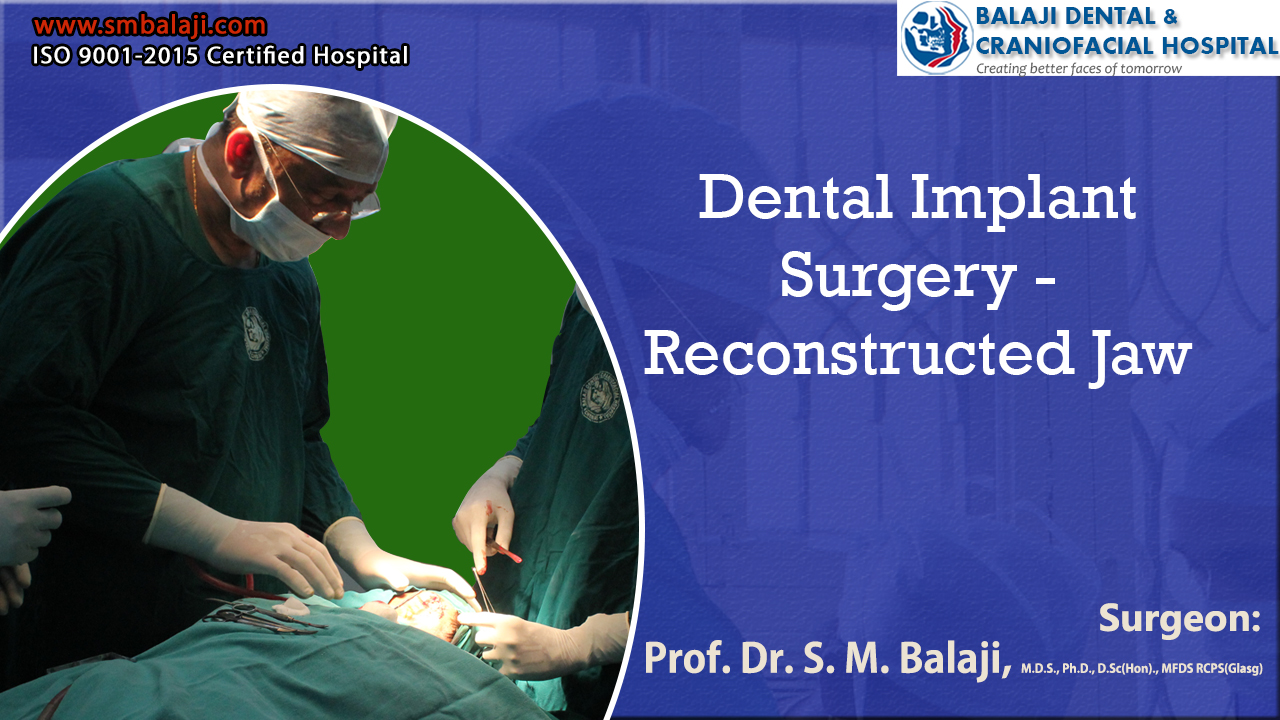 The patient is a 28-year-old female from Tuticorin in Tamil Nadu, India. She developed a progressively enlarging growth in her posterior left lower jaw around six months ago. This was also associated with pain and caused difficulty with eating and speech.

She had presented at a local hospital where x-rays had been obtained. Her provisional diagnosis was odontogenic keratocyst and she was referred to our hospital for management of her condition.

Etiology of odontogenic keratocyst and its implications

An odontogenic keratocyst is a benign but locally aggressive developmental cyst. It most commonly occurs in the posterior region of the mandible in the third decade of life. They comprise around 19% of jaw cysts. It first manifests as a swelling with development of pain in the affected region.

Rarely asymptomatic, it can also be an incidental discovery in unrelated dental radiographs. Surgery has to be performed to remove the cyst. Teeth in the involved region are extracted. The patient later undergoes dental implant surgery with placement of zirconium crowns. Removable dentures are rarely used since the advent of dental implants.

Initial presentation at our hospital for management of her lesion

Dr SM Balaji, cyst removal surgeon, examined the patient and obtained radiographs of the region. He also ordered for a biopsy, which confirmed the diagnosis of odontogenic keratocyst. The patient subsequently underwent left mandibular marginal resection along with removal of teeth in the affected region.

The patient also underwent reconstruction of the region utilizing rib grafts that were harvested from the patient. These rib grafts were crafted into the right shape and fixed in place using titanium screws. The patient was advised to return in six months for dental implant surgery. This would complete rehabilitation of the patient with restoration of lost teeth structures with the implants and crowns.

The patient presents now for her dental implant surgery. Radiographs including OPG and 3D CT scan were obtained at this time to evaluate the healing of her bone grafts. Radiographs revealed good consolidation of the bone grafts with the residual jaw bone. The patient was advised that it was the optimum time for her to undergo placement of Nobel Biocare dental implants as previously planned.

Successful placement of dental implants at the site of bone graft

Under general anesthesia, an incision was made in the left posterior mandibular region at the site of the previously placed bone grafts. A flap was elevated and the titanium screws holding the bone grafts were removed. There was good integration of the bone grafts with the mandibular bone.

The patient expressed her happiness at the successful completion of the surgery. She said that she had been very depressed following the diagnosis of odontogenic keratocyst. Her greatest fear had been about residual facial deformity following surgery. She said that all her fears had been laid to rest and she was confident that her quality of life would not be diminished by this.

The patient further expressed that she was looking forward to returning in three months for Zirconium/ceramic crowns on the dental implants. She conveyed her thankfulness to the surgical team before discharge from the hospital.