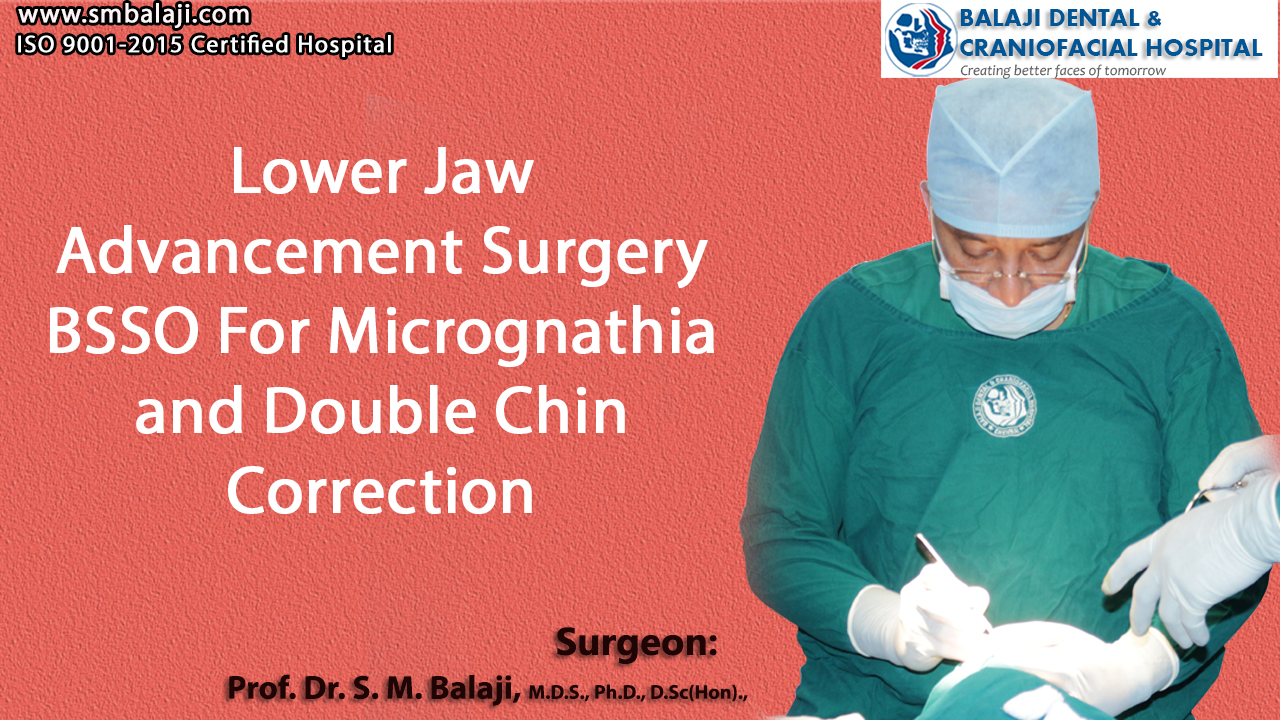 Surgical correction of jaw deformities through oral and maxillofacial surgery

Jaw deformities are a common occurrence. They can be congenital, iatrogenic, traumatic or pathologic. Jaw deformities can affect the life of a person in two ways. One is the cosmetic aspect of the deformity and the other is the functional aspect of the deformity. Facial deformities can lead to a loss of confidence in the person as it can make them very self conscious about their deformity. This can lead to them withdrawing from social contact and isolating themselves. The other aspect is the functional difficulties that arise directly from the deformity. This can be in the form of eating difficulties and speech difficulties.

Inability to eat well will cause the patient to avoid certain food groups because of difficulty with chewing. This can be so serious that it could result in malnutrition or undernutrition due to inadequate dietary intake.

Whatever the etiology of the deformity may be, surgical correction is the only remedy. In some cases, excess bone has to be reduced. In some cases, bone length has to be increased. Increasing bone length is done through distraction osteogenesis or through bone grafting. The technique used is determined by the nature of the deformity. All these can be described as corrective jaw surgery.

Patient with a history of multiple cosmetic surgeries performed elsewhere

The patient is a 35-year-old male from Kagazhnagar in Telangana, India who has an extensive past surgical history. He stated that he has had nasal septum deviation correction surgeries in Delhi many years ago. This surgery was performed twice in two years at the same hospital. The results of these surgeries however did not satisfy him. He also felt that he had an extremely retruded lower jaw, which was making his chin appear very bulky because of a double chin. This was causing him to become very self conscious about his appearance and he was losing his self confidence. He had approached multiple hospitals to get this corrected, but had been turned away because of the complexity of the surgical procedure.
He had visited a dentist in his hometown recently who had referred him to our hospital for correction of his problem. It had been explained to him that only specialty oral and maxillofacial surgery hospitals were equipped to perform jaw reconstruction surgery in India. Our hospital is renowned for jaw advancement surgery in India. We are also renowned for facial cosmetic surgery in India. Plastic surgeons do not perform this surgery as this is more of a specialized surgery for an oral surgeon than a facial surgery. The jaw joints will be left untouched as there are no TMJ disorders associated with this.

Initial presentation at our hospital for surgical management

Dr SM Balaji who is one of the foremost jaw reconstruction surgeons in India examined the patient and obtained a detailed oral history. He then ordered comprehensive imaging studies for the patient. Clinical examination revealed that the patient had a double chin. There was also minimal malocclusion present along with a normal class I molar relationship. A formal treatment plan was formulated and described in detail to the patient.

The initial phase would involve orthodontic correction of the patient’s minimal malocclusion. This would then be followed by a bilateral sagittal split osteotomy to bring the patient’s retruded mandible forward. This would enable the patient to get a prominent chin as well as would completely eliminate the patient’s double chin. The patient was in complete agreement with the above treatment plan and signed the surgical consent for the procedure.

Under general anesthesia, incisions were made bilaterally in the retromolar area of the mandible following which flaps were elevated to expose the mandibular bone. Bone cuts were made in the region and a bilateral sagittal split osteotomy performed. Extreme care was taken to separate the inferior alveolar nerve from the proximal segment of the mandible and protect it during the entirety of the surgery. No wisdom teeth extractions were performed during this surgery. The mandible was brought forward and the occlusion was then checked using a splint that had been prefabricated by the orthodontist. Titanium plates and screws were then used to fix the mandible and stabilize it. The incision was then closed using sutures.

Successful correction of the patient’s complaints

The patient had the desired edge to edge relationship of the anterior teeth following the surgery. His double chin was also corrected completely thus avoiding the need for a second surgical procedure. The patient was extremely happy with the results of the surgery. He said that he would now be able to function normally without being self conscious about any of his facial features. The surgery, he said, had not only transformed his face, but would also help transform his life.