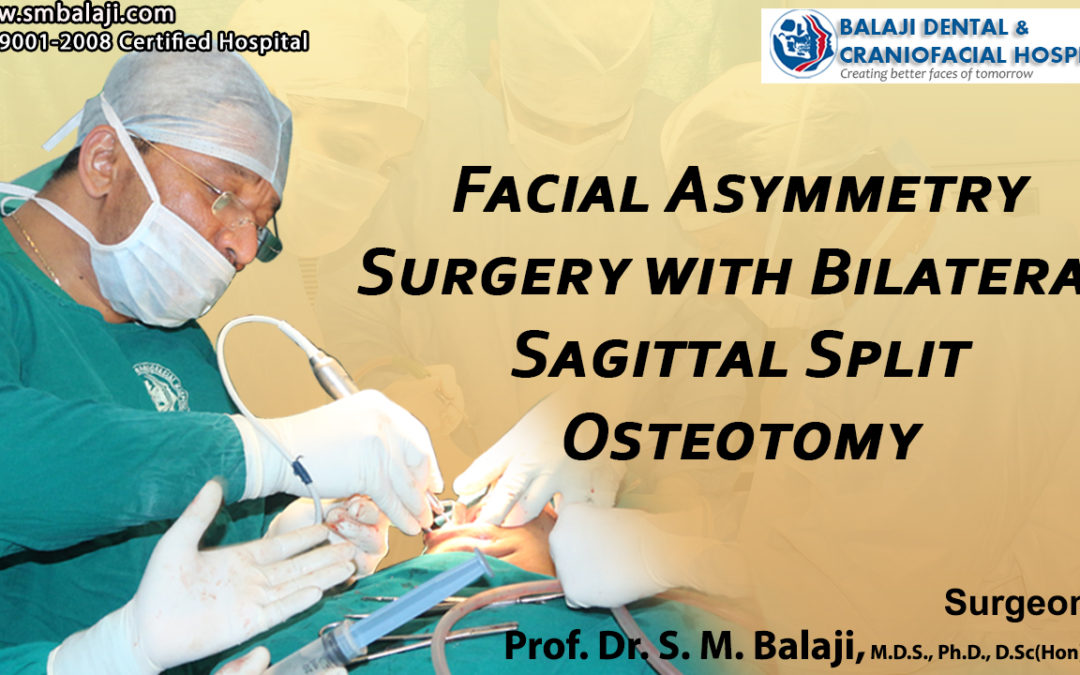 Patient with a severely prognathic mandible

The patient is a 20-year-old female from Kottayam in Kerala, India who has a disproportionately large lower jaw. This problem manifested at an early age in the patient. She said that she has always had a very long lower jaw, which had gradually worsened with time. Her parents had sought a consultation with a local oral surgeon who had advised surgical correction after completion of her growth.

Thumb sucking habit results in the exact opposite of this. It causes maxillary prognathism and a class II skeletal malocclusion. It is essential that habits like thumb sucking are broken at the earliest to avoid later problems with the jaw bones and teeth. The tongue posture is itself changed by such habits.

Effects of adverse effects on future treatment needs for the patient

This leads to requiring extensive treatment to obtain normally positioned permanent dentition. Such treatments could include both surgery as well as orthodontics. Treatment can be initiated during the mixed dentition phase.

The patient is now 20 years old and had approached him again. Seeing the degree of correction needed for the patient, he had referred them to our hospital for correction of her problem. The patient did have an extreme degree of mandibular prognathism.

Her mandibular prognathism is so extreme that she is unable to close her mouth. She also has a lot of difficulty with chewing and speech. Our hospital is a premier center for corrective jaw surgery in India. Both jaw reduction surgery and jaw advancement surgery are done at our hospital. Her mandibular plane would also be normalized by this surgery.

Distraction osteogenesis is the treatment of choice for increasing jaw size. Reduction of mandibular size is through bilateral sagittal split osteotomy.

Prognathism in humans can be due to normal variation among phenotypes. In humans, prognathism may be a malformation, the result of injury, a disease state or a hereditary condition. It is considered a disorder only when it affects mastication, speech or the ability to function normally in a social setting.

Initial presentation at our hospital for mandibular prognathism

Dr SM Balaji, facial asymmetry surgeon, examined the patient and obtained comprehensive imaging studies. The patient had a skeletal class III malocclusion and an anterior open bite. He explained that the patient first needed to undergo fixed orthodontic treatment for straightening of her lower anterior teeth. This was to ensure proper alignment of the upper and lower anterior teeth following surgery.

He then explained the surgical details of bilateral sagittal split osteotomy to the patient. All the aspects of the treatment plan were presented to them. The patient and her parents were in agreement with the proposed treatment plan and consented to surgery.

Under general anesthesia, incisions were first placed in the mandibular retromolar region bilaterally. Flaps were then elevated to expose the mandibular bone. Bone cuts were then made and bilateral sagittal split osteotomy was performed using the Obwegeser’s technique. The mandible was pushed posteriorly ensuring proper occlusion of the teeth.

This was then fixed in place using titanium plates and screws. Extreme care was taken throughout the procedure to ensure protection of the inferior alveolar nerve during mobilization of the proximal segment. All incisions were then closed with resorbable sutures.

Complete patient satisfaction with the outcome of the surgery

Results of the surgery were immediately evident to the patient and her parents. They were very happy with the outcome of the surgery. The patient’s occlusion was completely normal and she had an esthetic facial profile. She would need to undergo continued orthodontic treatment to bring her teeth into perfect alignment, thus obtaining good facial symmetry.

The patient expressed her happiness and said that this would transform her life completely.