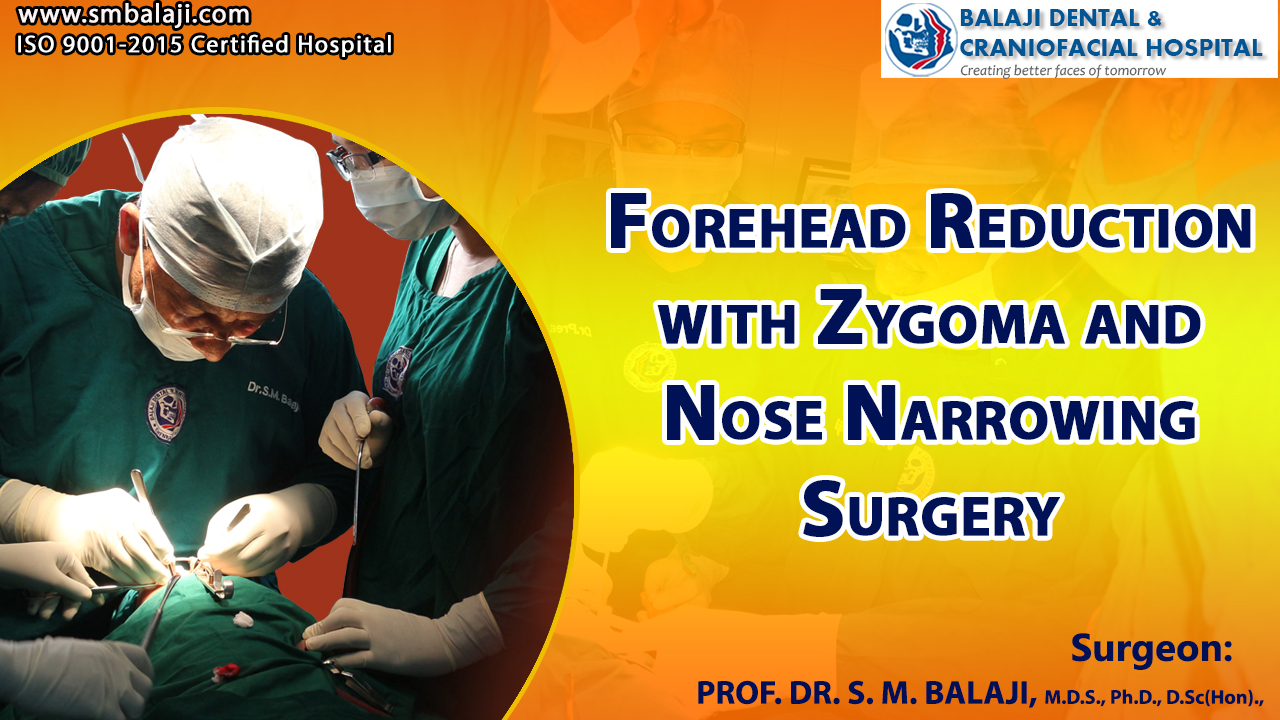 The effects of facial asymmetry

Our face gives us our primary identity. We are defined by our facial features. Even though no human face is perfectly symmetrical, it is imperceptible to the naked eye. Noticeable facial asymmetry leads to psychological effects and patients tend to avoid social contact and isolate themselves. Many cases of facial asymmetry are caused by trauma while some are the result of disease conditions such as tumours, congenital developmental deformities like cleft lip and cleft palate or hemifacial microsomia.

Treatment modalities have slowly evolved over the ages to address these issues and present surgical techniques can provide very good results for patients. Research into development of biocompatible materials that can be used to restore facial asymmetry provides best results for the patients. These materials are hypoallergic and are not easily rejected by the human body.

Deformity of the forehead after a road traffic accident

This is a 22-year-old male from Rohtak in Haryana, India who slowly began to notice a growing asymmetry to his face about a year ago. The right side of his forehead and cheekbone was growing larger with the passage of time. This reached a point where it began to worry him and his parents. Alarmed at this abnormal growth in bone, they approached a local neurosurgeon. The neurosurgeon examined him and obtained pertinent studies.

They were advised that there were no neurological signs of concern seen in the patient. The patient was then referred to our hospital for surgical management of his condition as we are renowned for craniofacial surgery in India. Our hospital is also a premier centre for facial deformity surgery as well as for facial cosmetic surgery in India. These fall under the ambit of plastic surgery. Face lifts also fall under these categories of surgery.

All varieties of cosmetic procedures involving the face, head and neck are performed in our hospital. Our hospital rigorously follows surgical protocols laid down by the American Society of Plastic Surgeons, which is the gold standard even in all developed countries. Experienced craniofacial surgeons also make for some of the best plastic surgeons.

Dr SM Balaji, facial cosmetic surgeon, examined the patient and obtained a detail oral history. He ordered a 3D CT scan of the skull to assess the full extent of the deformity. It was noted that the patient had an enlarged frontal sinus along with the frontal bone enlargement as well as a very prominent zygomatic bone. There was also a deviated nasal bridge because of this abnormal growth in bone.

Findings were discussed in detail with the patient along with the proposed treatment plan. Reduction of the frontal bossing was planned through a bicoronal approach. Right zygoma reduction was planned through an intraoral approach in order to avoid any visible scarring followed by a reduction rhinoplasty. The patient was in complete agreement and signed the informed surgical consent. All pre-operative investigations were done and surgery was scheduled.

Under general anaesthesia, a bicoronal incision was first made from tragus to tragus. The scalp was then reflected up to the orbit. The area of abnormal growth in the frontal bone was identified and excessive frontal bone was trimmed. During the procedure, the frontal sinus lining was carefully separated from the anterior table without any tears. A titanium mesh was next fixed to the defective area for stabilization. Closure was done using surgical staples with placement of a surgical drain.

Following correction of the forehead defect, the prominent right zygomatic bone was addressed. Through an intraoral approach utilizing a sulcular incision, a flap was raised following which the zygomatic bone was identified and reduced. The incision was then closed with sutures. This was followed by lateral osteotomies to both sides of the nasal bridge for reduction of the nasal width. The patient was extubated following successful completion of the nose job surgery.

The patient was extremely happy with the outcome of the surgery. He said that his facial deformity had been eliminated completely and his facial symmetry had been re-established. The patient expressed complete satisfaction at the final aesthetics that had been achieved through surgery.