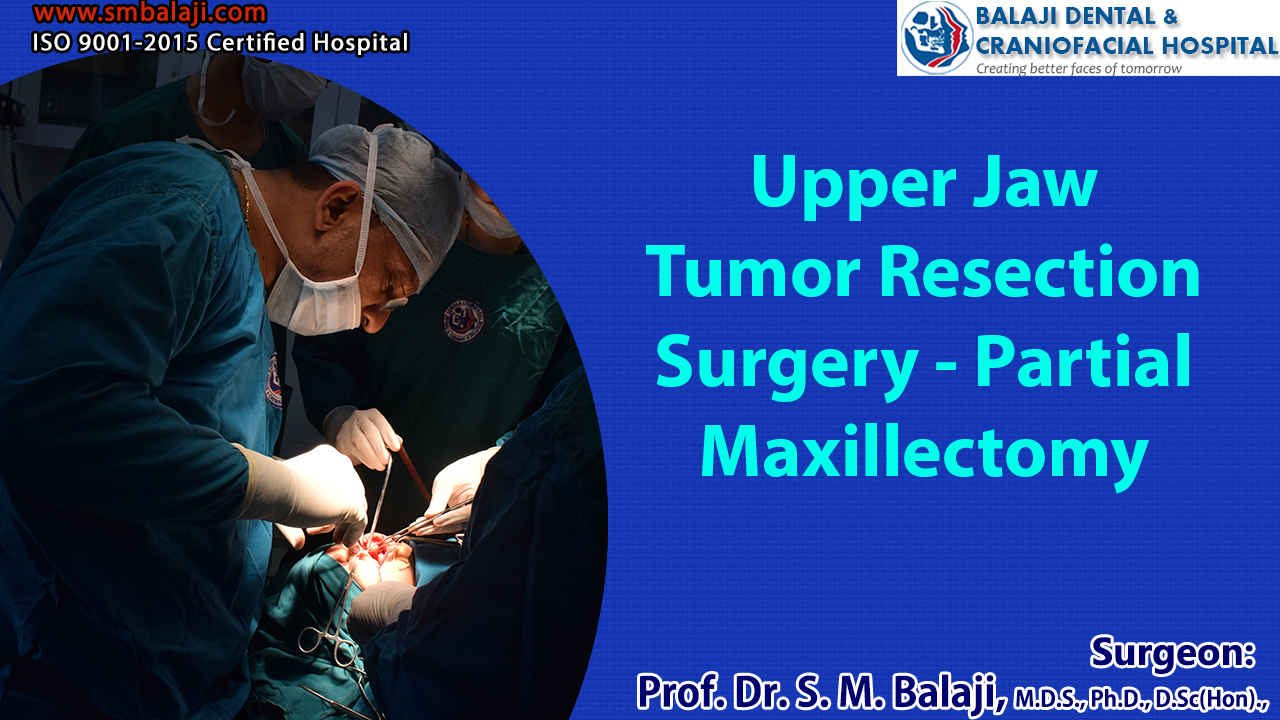 This is a young man from Guwahati in India who had noticed a slowly developing intraoral swelling on the left side of his face. Soft tissue distortion has been present with loss of facial symmetry and development of an asymmetric face. It has now been present for about six months now. He had visited a local dentist to get it checked. The dentist had said that the growth looked peculiar and referred the patient to a local oral and maxillofacial surgeon.

Upon examination, the surgeon realized that the patient needed biopsies and management at a maxillofacial surgery hospital and referred the patient to our hospital for further management of his condition. Our hospital is a premier center for facial asymmetry surgery and jaw reconstruction surgery in India. We are a multispecialty hospital where comprehensive oral surgical care is offered for all conditions affecting the oral cavity and face. Corrective jaw surgery aligned with orthodontic treatment is also a specialty at our hospital.

Dr SM Balaji, facial reconstruction surgeon, examined the patient and obtained a detailed history. It emerged that the patient has been using tobacco for the past 12 years and had also been chewing pan for the past 10 years. The patient mentioned that the swelling started around six months ago and has since been gradually increasing in size.

Upon examination, the patient’s swelling was completely painless and asymptomatic. He stated that he started getting worried only when someone said that it could be cancerous in nature and decided to seek medical help. He had immediately quit chewing pan at that point.

Comprehensive clinical and radiological evaluation was performed on the patient. The patient’s swelling was in the left posterior maxillary region and was firm to the touch. Radiological studies including an OPG and a 3DCT scan revealed that the lesion extending from the left lateral incisor to the first molar along with involvement of the hard palate. A biopsy was obtained from the lesion, which revealed it to be a central giant cell granuloma.

A giant cell granuloma is a rare bony lesion that occurs in the head and neck region, usually in the second and third decades of life. This rarely occurs after 30 years of age. It is a non-odontogenic tumor that is never seen in any other bone of the skeleton. Etiology is unknown though some consider it to be a reactive process secondary to trauma or inflammation. It is twice as common in females as it is in males. Literature review reveals that there have been instances where it has resolved spontaneously; however, early diagnosis of the lesion is ideal and treatment should be initiated immediately once diagnosis has been confirmed to limit the destruction of bone.

It affects the maxilla more than the mandible. The mandible is always affected anterior to the first molar. It crosses over the midline when involving the mandible. Although benign, it can be locally destructive. Histological analysis of the lesion is necessary to arrive at a definitive diagnosis for central giant cell granuloma. Plastic surgeons also deal with these cases.

It was explained to the patient that he needed surgical intervention to correct his problem. Surgery would involve complete removal of the lesion; however, immediate reconstruction was not advised keeping in mind the nature of the lesion. The need for bone grafting and dental implants will be determined at the time of surgery. Any impacted wisdom teeth will also be extracted at the time of surgery. Jaw joint function would not be disturbed by this surgery.