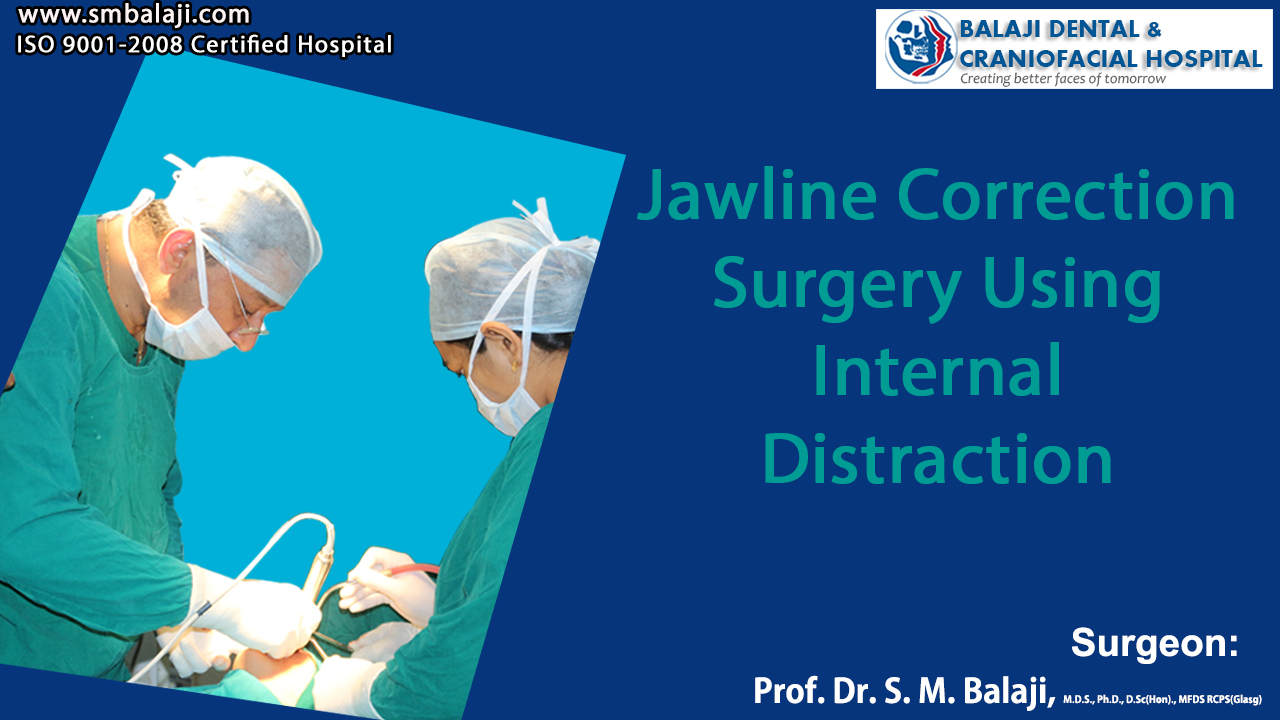 The patient is a 26-year-old male from Kashmir in India. He had always felt that he had a weak chin since his childhood days. This had made him feel that he had a feminine profile. The patient desired to have a prominent masculine jawline.

He had also been plagued with breathing difficulties since very young. The quality of his sleep had always been poor with frequent awakening in the middle of the night. This could be caused by a sleep disorder, but he had however never had an open bite.

Coming from a pastoral background, this had been neglected by his parents. He had been plagued by this all through his student days. The patient had always been good at academics and had secured a good job in a metropolitan city.

Patient seeks medical attention for correction of his complaints

He decided to seek medical help a few years ago to address these issues. Full investigations had been performed on the patient based upon his complaints.

A sleep study had also been ordered for the patient. This had revealed that the patient had obstructive sleep apnea. There was no upper airway obstruction from enlarged tonsils and adenoids. He had been counseled that this was caused by his retruded mandible.

The patient had been referred to an Oral and Maxillofacial surgeon. He had informed the patient that he needed to undergo surgical treatment through distraction osteogenesis using Kawamoto internal distractors.

This would result in advancement of his mandible with correction of his mandibular retrognathism. His sleep apnea would also be corrected through this surgery.

The patient had subsequently been referred to our hospital for mandibular distraction surgery. Our hospital is a specialist referral center for jaw reconstructive surgery. Patients plagued with obstructive sleep apnea have undergone complete relief after mandibular advancement surgery.

Initial assessment upon presentation at our hospital

Dr SM Balaji, jaw advancement surgeon, examined the patient and obtained a detailed history. The patient stated that he hated his retruded mandible and weak chin. He stated that he wanted a more masculine profile with a prominent chin button. The patient also complained of always feeling tired despite regular bedtime schedules.

Pertinent radiographic imaging was obtained including a 3D CT scan. This revealed a retruded mandible. It was explained to the patient that he needed an advancement of his mandible by 16 mm through internal distraction.

Presurgical fixed orthodontic treatment would be needed for correct alignment of his teeth. Jawline correction surgery was explained in detail.

The patient was in agreement with the treatment plan and orthodontic treatment was initiated. Once the teeth had been brought into alignment, the patient underwent surgery. Under general anesthesia, he underwent advancement genioplasty and bilateral mandibular internal distractor fixation. A latency period of ten days was allowed after placement of the distractors.

The distractors were then activated by 1 mm each day for a total distraction of 16 mm. It was explained to the patient that the distractors needed to be in place for approximately six months. This was to ensure adequate bony consolidation at the site of distraction. He was instructed to return to the hospital for distractor removal in six months.

Patient reports to the hospital for removal of Kawamoto distractors

The patient now reports for removal of bilateral mandibular distractors. Radiographic studies were obtained and demonstrated adequate bony consolidation at the site of distraction. A sleep study was ordered and demonstrated good oxygen perfusion. The distractors were then removed under general anesthesia.

The patient now has the masculine profile he desired with a strong chin. He expressed his happiness and total satisfaction with the results before final discharge from the hospital.