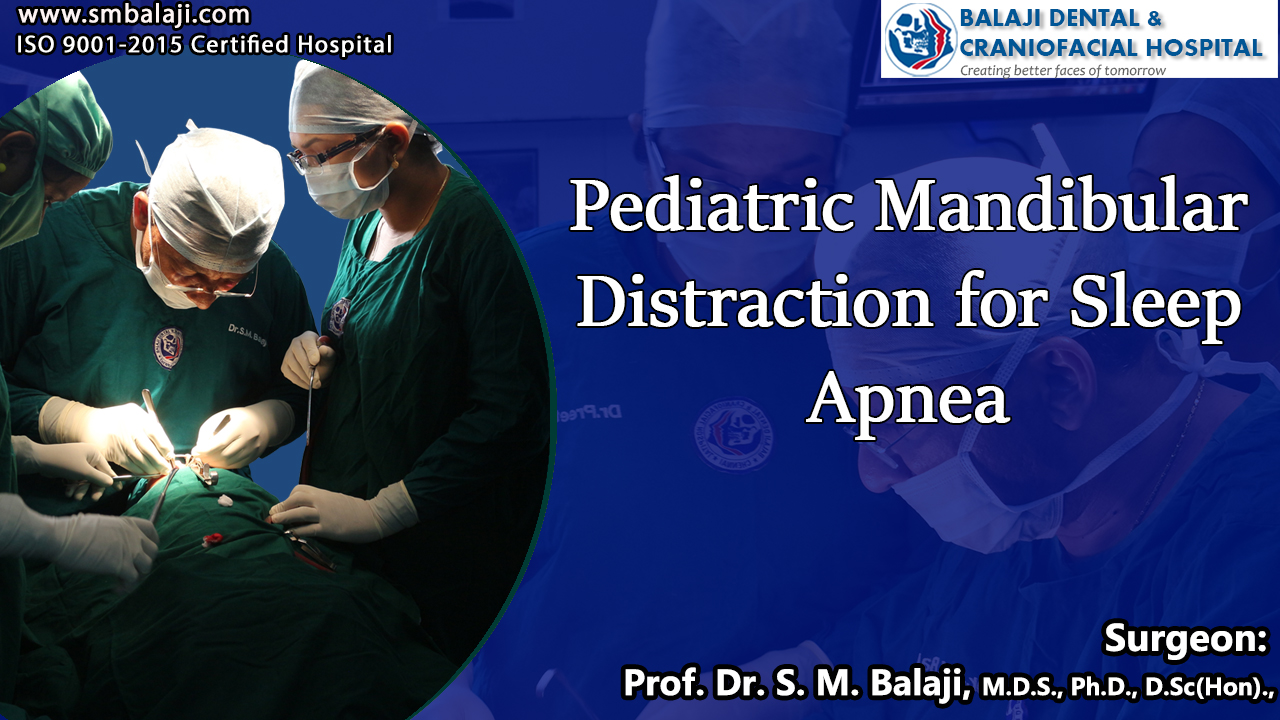 History of a fall on her chin as a little girl

The patient is an 18-year-old young girl from Guntur in Andhra Pradesh, India. She has a history of a fall at the age of two when she fell off the bed and landed on her chin. This had resulted in pain and difficulty with chewing for a few days. She soon became pain free and her parents did not follow up with the doctor.

As she grew up, it became evident that her lower jaw was not growing normally. There was also difficulty with chewing and mouth opening. They had taken her to a local oral surgeon who had obtained imaging studies of her mandible. He explained to them that she had ankylosis of bilateral TMJ and had advised release of her ankylosis. She had subsequently undergone TMJ ankylosis surgery for release of her jaw joints.

However, her parents soon realized that her mandibular deformity was getting progressively worse as she grew up. Her mandible was extremely retruded in relation to the rest of her face. She was having problems with both chewing and speech and had minimal mouth opening.

The patient has also had breathing problems for a long time and complained of feeling tired all the time. Her parents said that she woke up regularly in the middle of the night with a loud gasp. She was also constantly drowsy throughout the day.

Her parents took her to an oral surgeon in Hyderabad for a consultation. He realized that the patient had micrognathia and needed distraction osteogenesis with internal devices for lengthening of her mandible. Explaining the situation to them, he informed them that there were only a few specialty hospitals that performed this surgery in India. He then referred them to our hospital for management of her problem.

Initial presentation at our hospital for consultation and treatment planning

Dr. SM Balaji, Distraction Osteogenesis Surgeon, examined the patient and observed that she appeared pale. Her skin was cyanotic and he ordered sleep studies. Pulse oximetry revealed decreased oxygen saturation levels in her red blood cells due to sleep apnea. He explained the condition in detail to the parents and advised them of the proposed treatment plan. It was explained that the patient needed to undergo a tracheostomy before distraction osteogenesis surgery for her micrognathia correction. This was also because of the patient’s restricted mouth opening. The parents expressed understanding and consented to surgery.

Under general anesthesia, the patient first underwent a tracheostomy.  This was followed by bilateral incisions in the mandible with elevation of mucoperiosteal flaps. Vertical bone cuts were first made on the outer cortex of the mandibular body bilaterally. Univector mandibular body distractors were then fixed with the activating arms exiting outwards. The inner cortex was broken following fixation of the distractors.

The tracheostomy would remain in place throughout the entire distraction treatment phase. Activation of the distractors would begin after a latency period of five days following surgery. Distraction of 1 mm would be performed every day until a total distraction of 25 mm had been achieved.

After sufficient increase in length of the mandible has been achieved, the distraction would be stopped. The distraction devices would however remain in place for a further period of four months. Once sufficient consolidation of bone is demonstrated at the site of distraction, this would be followed by another surgery for removal of the distractors. The patient would have full function of the lower lip including sensation due to reformation of the nerve canal.

There would be an increase in the parapharyngeal space following completion of the treatment. This would enable the patient to breathe normally. Blood oxygen levels would return to normal. Her facial appearance would also be greatly improved with the increase in the size of the lower jaw. The parents expressed their gratitude to Dr. Balaji following surgery.