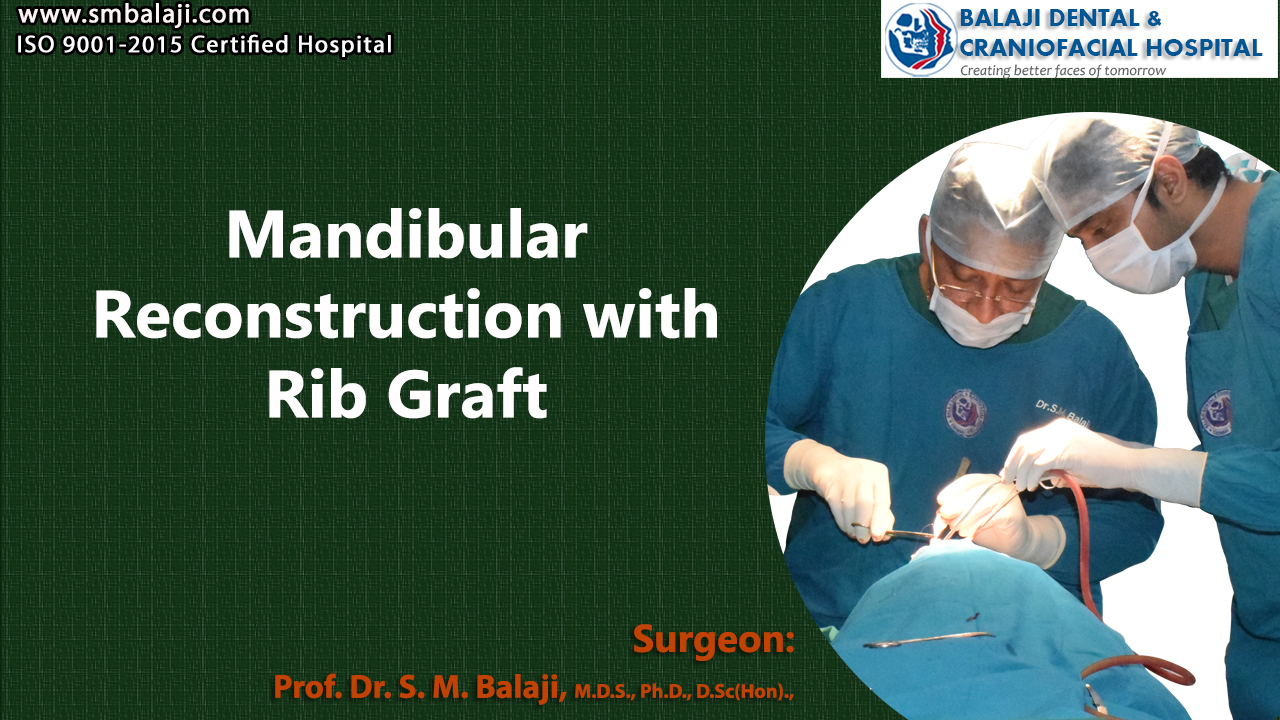 Patient develops a deformity of the left side of the face

The patient is a 44-year-old patient from Bilaspur in Chattisgarh, India. He was fine until approximately two years ago. It was then that he began noticing a swelling develop on the left side of his lower jaw. Alarmed by this, he had presented at a local maxillofacial hospital for diagnosis and management.

A detailed examination had been performed followed by comprehensive imaging studies and a biopsy. The patient had been diagnosed with an odontogenic keratocyst. He had been advised plastic and reconstructive surgery for management of his condition. Of note, the patient himself is a medical doctor.

Characteristics of an Odontogenic Keratocyst

An odontogenic keratocyst is a rare, benign but locally aggressive developmental cyst. It most often affects the posterior mandible and most commonly presents in the third decade of life. Odontogenic keratocysts make up around 19% of all jaw cysts. Radiographically, most are unilocular in presentation when present at the periapex. They can be mistaken for a radicular or lateral periodontal cyst. Removing the cyst completely would entail removal of the surrounding tissues.

There are many types of cysts that occur in living organisms. A dentigerous cyst occurs in relation to an impacted tooth. Other cysts include sebaceous cysts, epidermoid cysts, pilar cysts and ovarian cysts. Recurrence rates vary with the kind of cysts. Pilar cysts are associated with infected hair follicles. Odontogenic keratocysts sometimes occur in conjunction with nevoid basal cell carcinoma syndrome.

The patient had undergone a hemimandibulectomy around 3 years ago for removal of his odontogenic keratocyst. His mandible was then reconstructed using titanium plates and screws. This had resulted in a gross deformity of the left side of his face. The screws of the plate also showed evidence of loosening. He also experienced extreme difficulty with chewing and speech. This had left him very depressed and he sought the help of his friends in finding a solution to his problem.

His friends searched far and wide for the best hospital to treat him. Their enquiries finally convinced them that our hospital was the right choice for him. They then informed the patient that his problem would be best addressed at Balaji Dental and Craniofacial Hospital in Chennai. The patient and his wife then made an appointment to meet Dr SM Balaji, facial deformity surgeon.

Initial presentation at our hospital for management and treatment

Dr SM Balaji, cyst removal surgeon, examined the patient and studied his old case records in detail. He then ordered comprehensive imaging studies including a 3D CT scan for the patient. The patient had a gross deformity of the face with a left-sided asymmetry. There was also a slight deviation of the mandible to the left side.

Imaging studies revealed the presence of the titanium reconstruction plate fixed to the left condyle with loosened screws. There was no recurrence of the odontogenic keratocyst at the site.

Formulation of treatment plan for the patient

The patient expressed that he was not interested in undergoing microvascular reconstructive surgery. Hence it was explained to the patient that reconstruction with rib graft surgery would offer the best results. This would involve harvesting a rib graft from the patient at the time of surgery.

It was also explained that dental implants would be placed once the rib grafts are consolidated. This would ensure return to complete normal function for the patient. The patient was in agreement with the treatment plan and consented to surgery.

Under general anesthesia, a right inframammary was incision placed and dissection was carried down to the ribs. A costochondral rib graft was then harvested to be used for the mandibular graft surgery. A Valsalva maneuver was then performed to ensure that there was no perforation into the thoracic cavity. The incision was then closed in layers using sutures.

Complete patient satisfaction with the results of the surgery

The patient was very happy with the outcome of the surgery. There were no scars present as all the incisions had been made intraorally. Facial asymmetry had been achieved with the reconstruction of the mandible. His facial appearance was back to baseline following surgery. It was explained that dental implants would be placed on the bone graft after consolidation of the grafts. This would be followed by placement of crowns after complete osseointegration of the implants.

The patient expressed complete understanding of the future treatments and would return in 3-4 months for placement of dental implants.