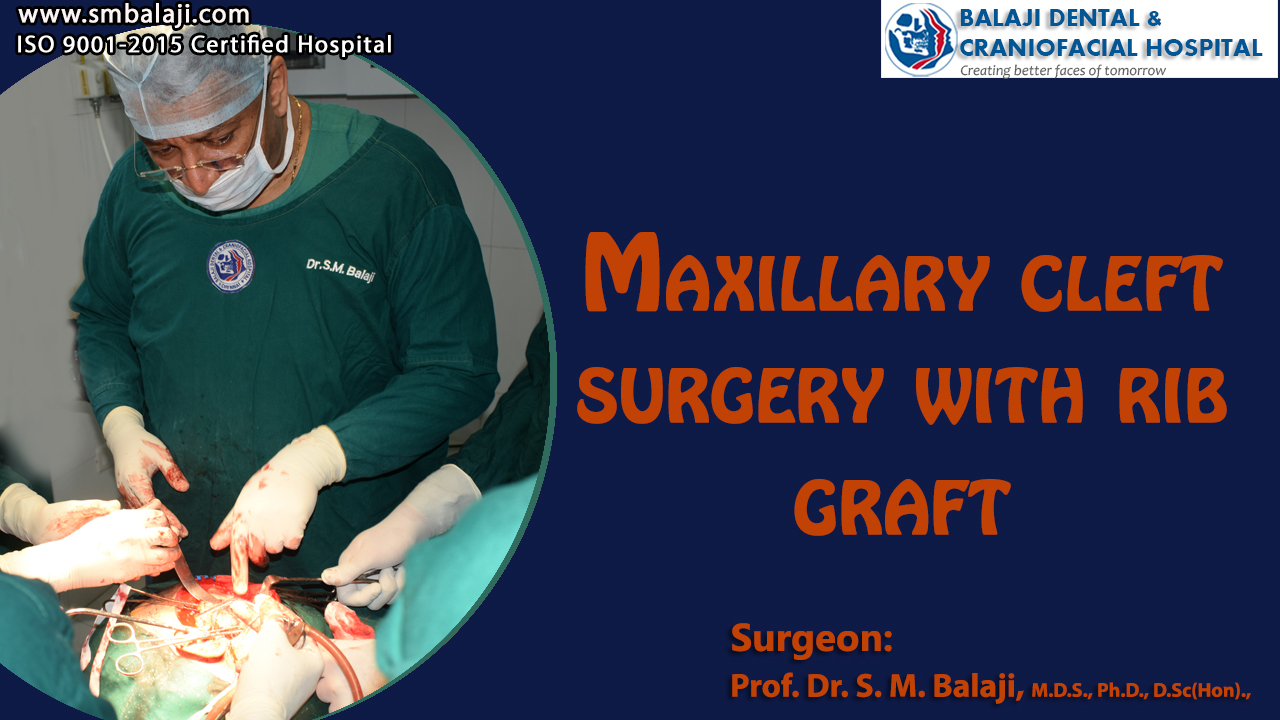 The patient is a 12-year-old female from Hubli in Karnataka, India. She was born with a left-sided cleft lip, palate and alveolus defect. A cleft lip defect usually involves the lip and nose. Postsurgical scar formation usually involves the philtral column. The patient and her parents had been referred to our hospital at that time for surgical correction.

This is the most common birth defect found in newborn babies. Plastic surgeons also address this problem in most countries along with oral and maxillofacial surgeons.

She had undergone initial cleft lip repair at our hospital at the age of three months. This was followed by cleft palate repair at the age of nine months. The optimum age for cleft lip surgery and cleft palate surgery is three and nine months respectively. The hole in the roof of the mouth had been successfully closed at this time. Speech therapy will be necessary at a later date for correction of any speech abnormalities.

The parents of the patient were extensively counseled at that time regarding raising a child with cleft lip and palate deformity. They were educated regarding what to expect and how to deal with situations unique to these children. Parents were also advised to return at the age of 12 for cleft alveolus surgery.

Cleft alveolus and difficulties associated with the condition

Advancing the maxilla without fusing the two segments will result in a collapse of the bone. This gap results in a communication between the mouth and the nose. This affects speech and allows fluid to enter into the nasal cavity when eating and drinking. The quality of the voice also acquires a nasal tone in patients with this defect.

Patient returns to our hospital for cleft alveolus correction

The patient returned to our hospital at 12 years old along with her parents. Her parents had been counseled at the time of previous discharge to bring the patient in for closure of her maxillary cleft at around the age of 12 years.

Dr SM Balaji, Cleft Maxilla Surgeon, examined the patient and obtained imaging studies. The patient had a left-sided alveolar cleft. Her chief complaint upon presentation was the inability to chew food properly. She said that there was nasal regurgitation of fluids along with a nasal tone to her voice.

A treatment plan was formulated for correction of the patient’s cleft alveolus defect. The defect in the alveolus would be augmented and closed with a bone graft with maxillary cleft surgery. Closure of the oroantral fistula was also planned to be performed for the patient.

Successful surgical correction of the maxillary cleft through rib graft

Under general anesthesia, an incision was made in the right inframammary region. A costochondral rib graft was then harvested. A Valsalva maneuver was performed to ensure that there was no perforation into the thoracic cavity. The incision was then closed in layers using sutures

Attention was then turned to the cleft alveolus in the left anterior maxillary region. A sulcular incision was made followed by elevation of a flap to expose the bony cleft. A palatal layer was created in the flap and sutured.

Successful outcome to the surgical procedure

Improvement in the patient’s oral functions was immediate after surgery. The patient was very happy with the outcome of the surgery and could eat well now. She and her parents expressed complete satisfaction with the results of the surgery.