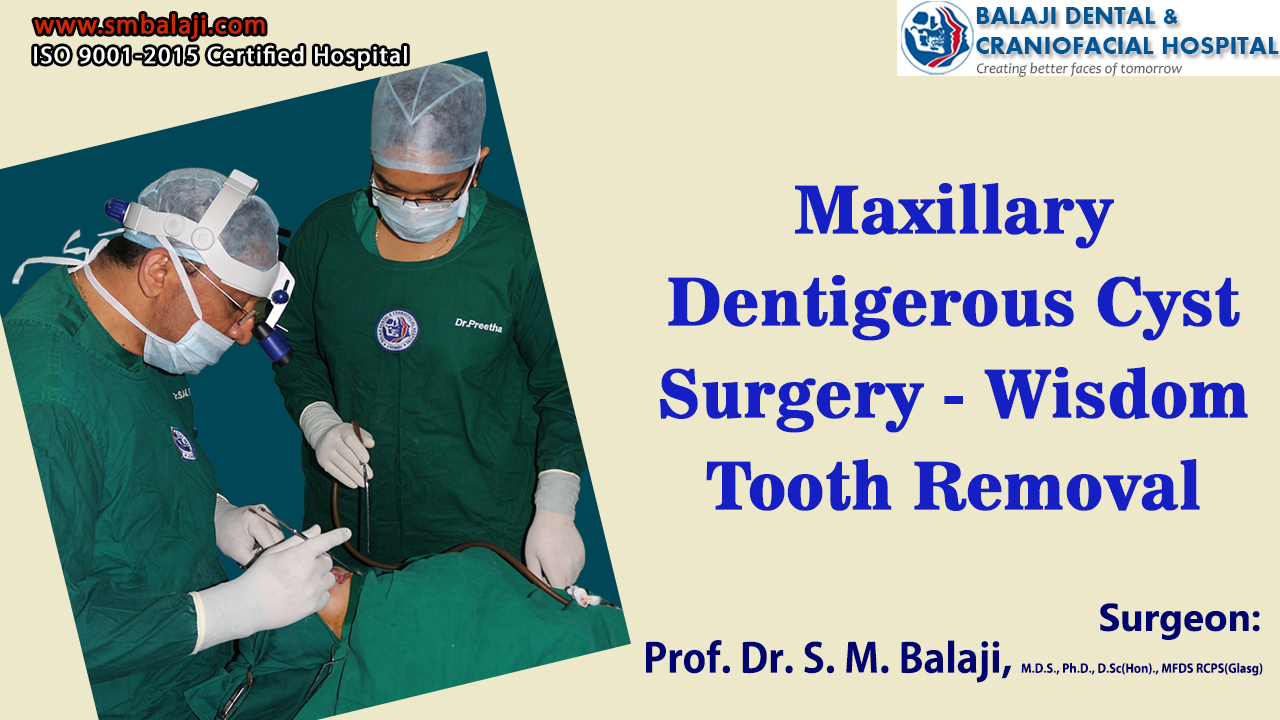 The patient is a 26-year-old year male from Porto Novo in Tamil Nadu, India. He began noticing the development of pain and swelling in his left upper jaw a few months ago. This has now increased to the point where there is severe pain and discomfort in that region. There is also a feeling of heaviness in that region.

Examination at a local dental clinic for diagnosis of his problem

He had presented at a local dental clinic where imaging studies had been obtained. This revealed the presence of an impacted molar in the left maxillary sinus. Suspecting this to be a dentigerous cyst, the dentist had immediately referred the patient to our hospital for management. The patient gives a history of undergoing extraction of his left upper second molar a few months ago.

Our hospital is a renowned centre for oral and maxillofacial surgery in India. Treatments ranging from simple extractions to complicated craniofacial surgeries are routinely performed at our hospital. Facial trauma surgery and jaw reconstruction surgery are specialty surgeries performed here.

Initial presentation at our hospital for management of his condition

Dr. SM Balaji, Jaw Reconstruction Surgeon, examined the patient. He then ordered for a 3D CT scan and other imaging studies for the patient. This revealed a dentigerous cyst enclosing an impacted third molar in his left maxillary sinus. The condition was explained in detail to the patient and his parents.

Ectopic eruptions occur when teeth do not erupt in their anatomical positions. These are most commonly seen in the dentate region. Displacement of the tooth to the ectopic site may either be developmental or pathological.

Successful enucleation of dentigerous cyst from the maxillary sinus cavity

Under general anesthesia, a crevicular incision was made in the left maxillary region. A flap was elevated followed by exposure of the cyst through the Caldwell Luc technique. The dentigerous cyst was removed along with the impacted left third molar. Sinus clearance followed by irrigation was then performed. The incision was then closed with resorbable sutures.

Patient expresses his happiness at the results of the surgery

The patient and his parents were extremely relieved after the surgery. There was complete resolution of the swelling and discomfort following the procedure. They expressed their satisfaction before final discharge from the hospital.