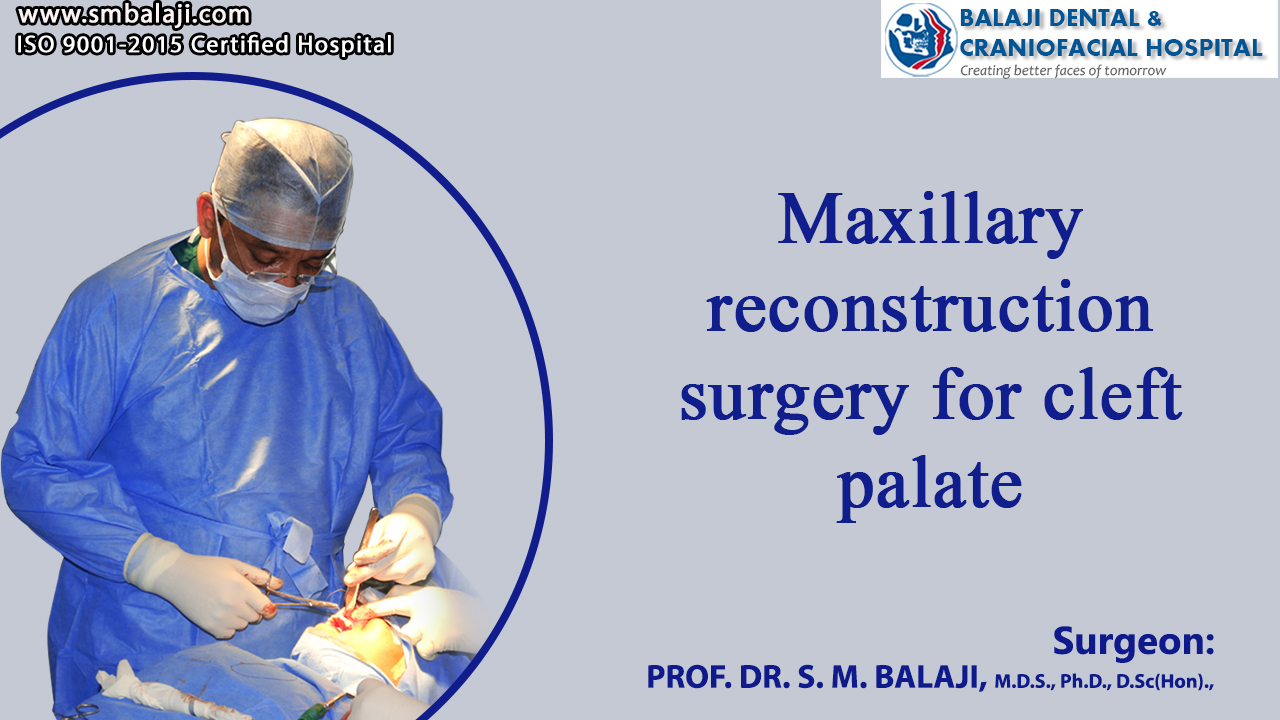 Psychological counseling was provided for his parents on how to care for a baby with cleft lip and palate. They were also educated on the challenges that the child would face at every stage in life. It was explained that he needed the services of a good cleft team..

As the patient grew up, his parents began to develop a noticeable facial deformity. His upper jaw demonstrated deficient growth and soon became retruded in relation to the rest of his face. The lip and nose were a part of the facial deformity.

He also developed a cross bite of his anterior teeth due to the backward positioning of his upper jaw. This led to difficulties with speech and eating. The patient also experienced bullying at school. This was making the patient combative and belligerent.

His worried parents approached our hospital again. Dr SM Balaji, jaw reconstruction surgeon, examined the patient and obtained a detailed oral history. He then ordered comprehensive imaging studies for the patient. After studying the case, he explained to the patient that he had maxillary hyperplasia.

This condition is the underdevelopment of the maxillary bones, which produces midfacial retrusion and creates the illusion of protuberance of the lower jaw. This is a very common finding in patients with cleft lip and palate deformity. Plastic surgeons do not perform bony jaw corrections.

It is also seen in Crouzon syndrome, Angelman syndrome and fetal alcohol syndrome as well as many other syndromes. Traumatic extraction of anterior teeth with resultant bone loss can also lead to this condition

Under general anesthesia, a sulcular incision was placed in the maxilla. A mucoperiosteal flap was then elevated.  This was followed by Le Fort I bone cuts with separation of the maxillary bone. The maxillary segment was then pulled forwards, occlusion was checked and the maxilla was stabilized and fixed using titanium plates and screws. Flap closure was then done using resorbable sutures.

The patient and his parents were completely satisfied with the results of the surgery. His maxilla had been brought forward with establishment of a pleasing facial profile.

The patient was extremely happy with the outcome of the surgery and expressed the same to the surgical team. He said that this was a life changing event in his life. His parents expressed that the patient had become self confident as a result of this surgery.