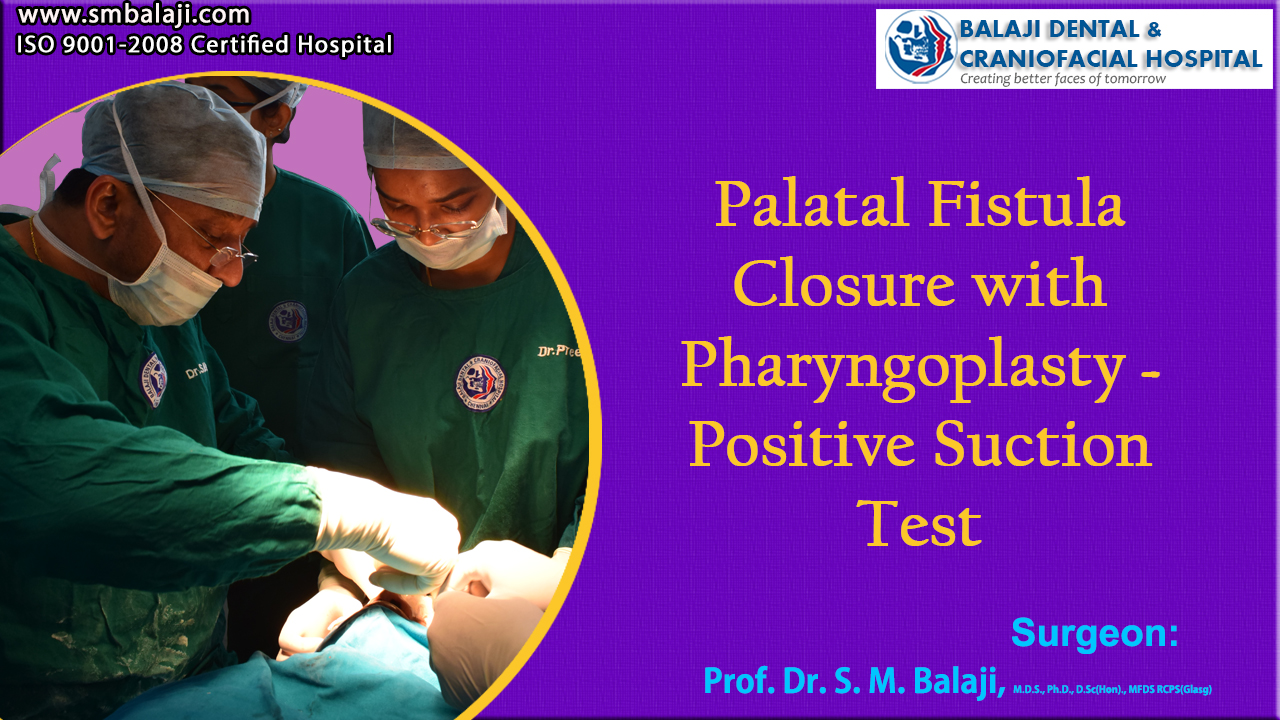 Patient with air escaping through nose during speech

The patient is a 13-year-old female from Kallakurichi in Tamil Nadu, India. She was born with a bilateral cleft lip and palate deformity. Her parents had been counseled extensively regarding the correct surgical schedule for corrective surgery. They had meticulously followed the instructions provided at the time of her birth.

She had first undergone cleft lip surgery at three months followed by cleft palate surgery at nine months. Cleft alveolus surgery had been performed at 3-1/2 years of age. Results from the surgery were however suboptimal. There was upper lip deformity and she had feeding and speech difficulties. She had undergone three further surgeries to correct her problem, but none of the surgeries were successful.

The patient has always had difficulty with pronunciation of certain words. This made it difficult for people to understand her speech. Teachers had always complained to her parents that it was difficult comprehending her. There had always been a nasal quality to her speech.

Difficulty with employment due to her speech impairment

The patient is from a disadvantaged background and has been facing significant bullying at school. Her peers made fun of her speech difficulties. She has always been good at her academics. However, this bullying had become very frustrating for her and her parents had taken her a local hospital regarding this.

The doctor at the hospital had examined her and diagnosed her to have velopharyngeal insufficiency. This was causing air to escape through her nose when vocalizing sounds like ‘ah.’ Her speech was getting distorted and acquiring a nasal quality because of this. He had referred her to our hospital for corrective surgery.

Initial presentation at our hospital for corrective surgery

Dr SM Balaji, speech correction surgeon and pharyngoplasty specialist, examined the patient and obtained a detailed history. The patient had a palatal fistula. There was also a gross insufficiency of the soft palate, which resulted in air escaping through the nose during speech.

Intonation of certain sounds results in the palate rising and touching the back of the throat. This pushes air forward and out of the mouth. The soft palate does not contact the throat during speech in velopharyngeal insufficiency. This causes air to escape through their nose during speech.

Treatment planning formulated and explained to the patient and parents

The patient was advised that the palatal fistula had to be closed. It was also explained that she needed a sphincter pharyngoplasty with double layer closure. This would result in correction of velopharyngeal insufficiency. There would be no necessity for bone grafts in speech correction surgery.

It was decided to perform both procedures in a single operation to reduce the financial burden for the patient. The patient and her parents were in agreement with the treatment plan and consented to surgery. Her parents also give a history of recurrent ear infections when she was an infant.

Under general anesthesia, the patient underwent palatal fistula closure using the Veau-Wardill Kilner technique. This was followed by the sphincter pharyngoplasty, which was performed by taking flaps of tissue from just behind the tonsil on each side. These flaps were then connected together across the back of the throat, thus narrowing the throat opening.

A small, central opening or “dynamic sphincter” was retained in the middle for breathing through the nose. A suction test was performed at the end of the procedure. This demonstrated good movement of the soft palate thus indicating optimum results from the surgery. A positive suction test showed movement of the roof of the mouth. This is indicative of good surgical results.

Total patient satisfaction from the results of the surgery

The patient’s speech was much improved from previous to surgery. She and her parents expressed their happiness at the results of the surgery. They were however instructed that she would need to undergo speech therapy for her speech to normalize completely. The patient will be referred to a speech therapist for further management.