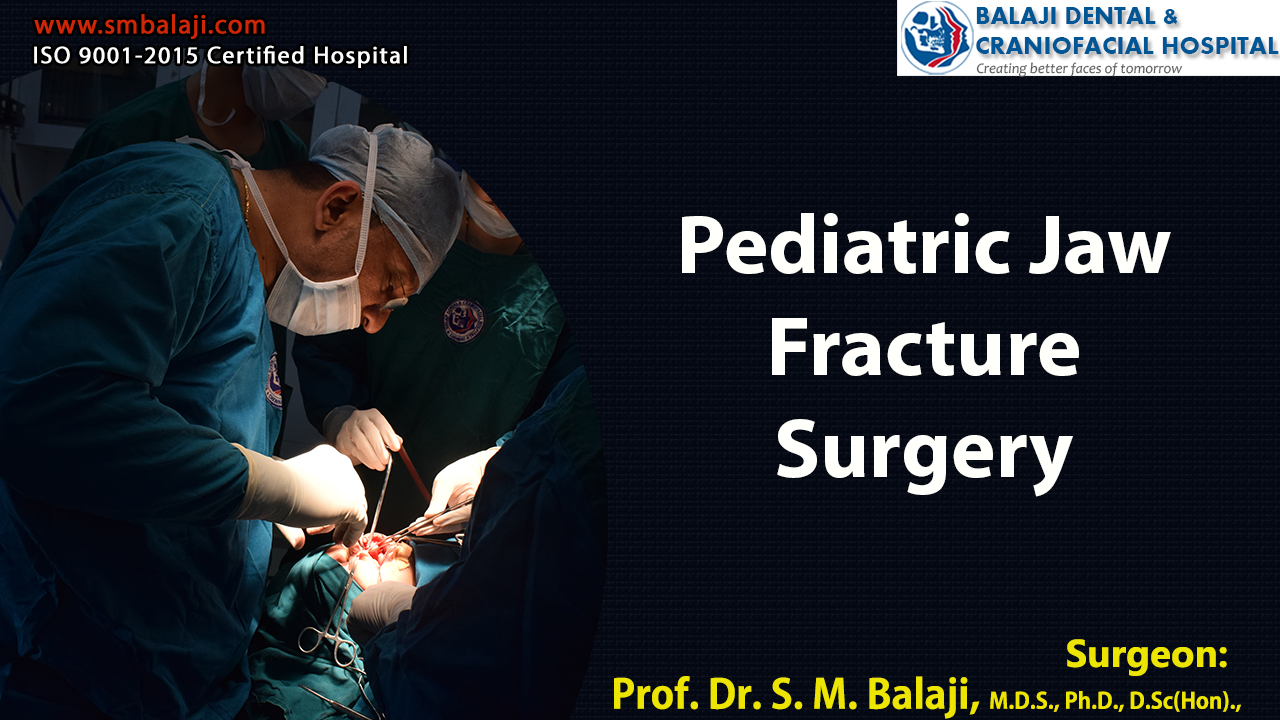 The patient is a 4-year-old boy from Kayalpatnam in Tamil Nadu, India. He had been playing cricket and had run across the road to collect the ball. A motorcycle had collided with him and he had landed hard with his jaw hitting the asphalt. There was a laceration at the symphyseal region and extreme pain. The motorcyclist had left the scene immediately after the accident.

His concerned parents had immediately taken him to a nearby hospital for treatment. The laceration was debrided and dressing was done. An x-ray revealed a fracture in the anterior region of the mandible. Tetanus toxoid had also been administered to the patient at the hospital. He was advised to undergo fracture fixation with plates and screws.

Patients advised against usage of plates and screws for child

However, the parents were advised against this by a family friend who is an orthopedic surgeon. The orthopedic surgeon then referred the patient and his parents to our hospital for management of his fracture. The bones of children are unlike adult bones. An adult bone breaks easier while a child’s bone bends.

Fractures in children heal faster. Care should be taken to not disrupt the growth plates. Closed reduction with active range of motion is the ideal treatment for simple childhood fractures. Our hospital follows all the surgical protocols laid out for pediatric fracture surgery by the American Association of Oral and Maxillofacial Surgeons.

Our hospital is a premier center for pediatric oral and maxillofacial surgery in India. We are a central referral center for cleft lip and cleft palate surgery in Southeast Asia. Pediatric fracture surgery is routinely performed in our hospital. All the latest radiographic imaging modalities are available in house for easy diagnosis and treatment planning of cases.

Dr SM Balaji, Pediatric Fracture Surgeon, examined the patient and ordered comprehensive diagnostic testing for the patient. The patient was unable to open his mouth. The parents stated that he was not able to chew food and that his appetite had gone down considerably following the accident.

Imaging studies obtained included an OPG as well as a 3D CT scan. These revealed a symphysis fracture and a displaced left condylar fracture.

Surgical treatment planning for the patient

It was also advised that he would need to stay on a liquid diet for about 2-3 weeks followed by a semi-solid diet. The patient was scheduled for pediatric jaw fracture surgery for his pediatric condylar fracture correction.

Successful surgical correction of the fracture

Under general anesthesia, an impression was taken of the mandibular arch and a cap splint fabricated. The cap splint was then placed on the lower jaw and wired using circum mandibular wiring. Chin laceration was also sutured using resorbable and nonresorbable sutures. The fracture site was thus reduced using cap splint, thereby limiting movement of the jaw and enabling bone healing.

The surgery was successful with no complications. Parents were very satisfied with the outcome of the surgery. After a period of about one month, the wires were removed under general anesthesia after the fracture site showed considerable healing.

The patient was able to open and close his mouth again with no pain or discomfort. Parents were very thankful as they had been initially worried about the possible long term complications that could affect the boy’s quality of life.