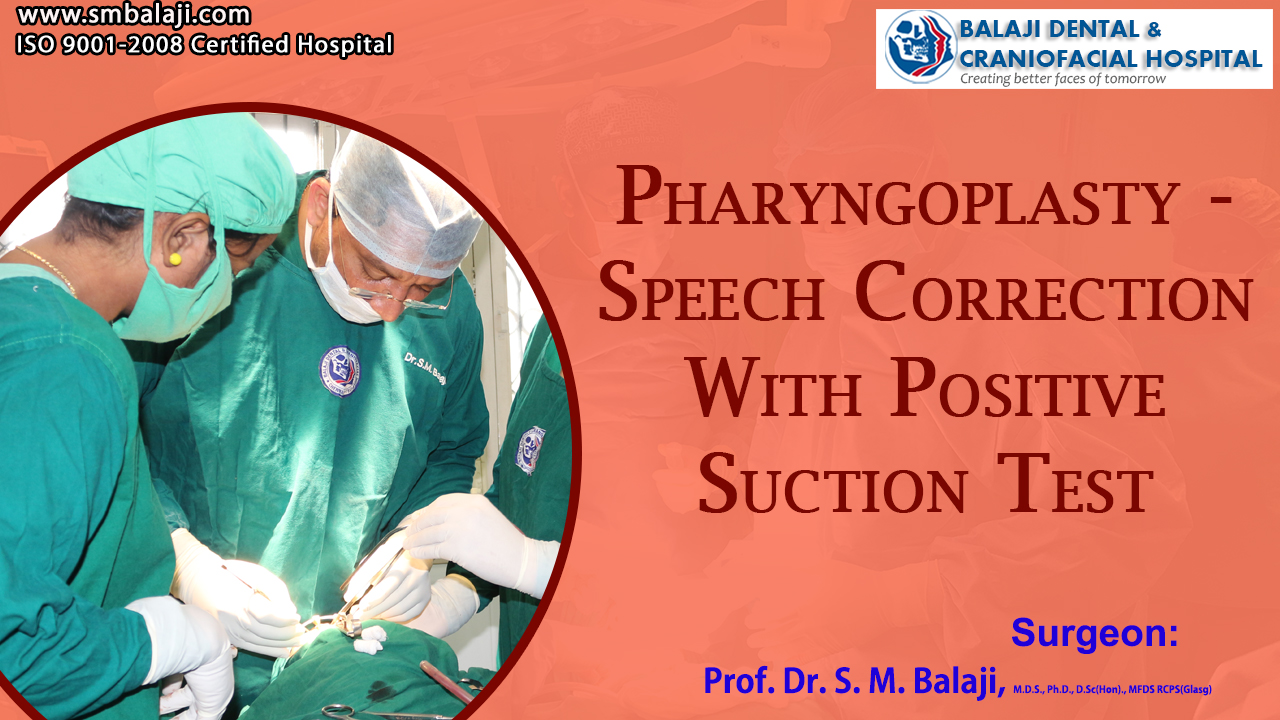 Surgery performed as per correct surgical protocol for cleft deformity

He had not faced any feeding problems after his surgery. All his growth parameters had been met on schedule and the patient had thrived well. He had always been good at academics and is now well settled in life.

He has however had persistent difficulty with speech. There had always been a hypernasal speech quality with difficulty associated with pronouncing certain sounds. Some of his colleagues at work had found it difficult to understand his speech. This is due to velopharyngeal dysfunction.

His difficulty with speech had been diagnosed to be due to a palatal fistula. This fistula was causing air to escape into the nose during speech. His parents stated that his voice was not clear while pronouncing certain words. There was a clear nasal quality to his voice.

His parents mentioned that they were also looking for a bride to get him married and wanted to correct his speech problem as soon as possible. The patient wanted to undergo speech correction surgery.

Initial presentation at our hospital for correction of his speech problems

Dr SM Balaji, pharyngoplasty specialist, examined the patient and ordered for radiological studies. He further referred the patient for a speech assessment, which stated that the patient’s nasal twang was caused by velopharyngeal insufficiency (VPI).

Velopharyngeal insufficiency and its implications on daily life

Velo refers to the velum or soft palate. It is the part of the roof of the mouth that moves with sounds like “ah.” Pharyngeal refers to the throat. During normal speech with the creation of certain sounds, the palate rises to touch the back of the throat and sends the air out of the mouth.

In the case of a child with velopharyngeal insufficiency, there is deficiency in the posterior extent of the soft palate. This results in the soft palate not contacting the throat during the creation of sounds like “ah.” This results in air escaping through the nose during speech instead of exiting through the oral cavity, thus rendering a nasal quality to the speech.

Treatment planning formulated for the patient

It was decided to perform a Veau-Wardill Kilner sphincter pharyngoplasty for the patient. This would involve taking flaps of tissue from just behind the tonsil from each side. These flaps of tissue are then connected across the back of the throat.

This results in narrowing down of the throat opening. A small central opening or “port” is left in the middle for breathing through the nose.

Under general anesthesia, the patient underwent a sphincter pharyngoplasty with creation of the small central “port” to facilitate proper nasal breathing. A suction test performed at the end of the surgery resulted in proper action of the soft palate. This indicated complete correction of the velopharyngeal insufficiency.

There was improvement in the tone of voice after surgery. The patient and his family were very happy with the results of the surgery. It was explained to them that he would need speech therapy to completely normalize the quality of his voice.

They expressed understanding of the instructions and said that this would definitely lead to an improvement in the quality of life for the patient.