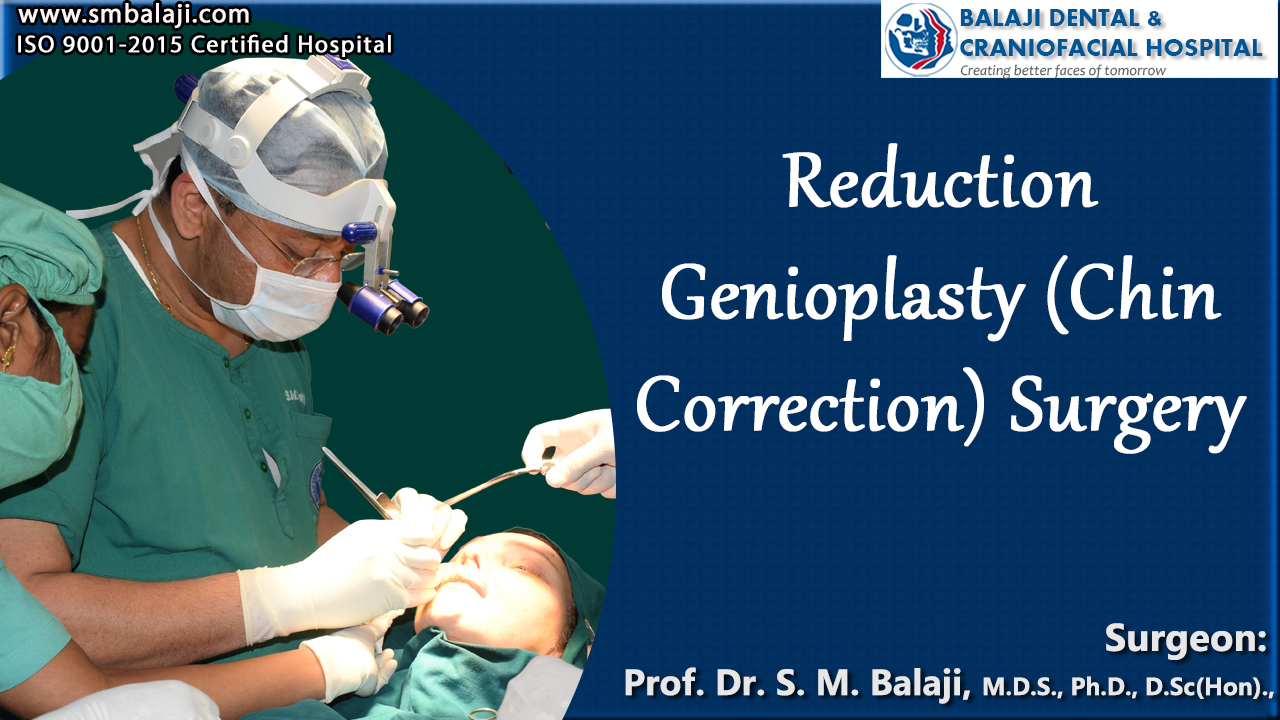 Patient unhappy with the masculine appearance of her prominent chin

The patient is a 27-year-old girl from Amritsar in Punjab, India who has always felt that her chin was too prominent. She felt that this gave her a very masculine look with an excessively long lower face. Her friend had suggested to her that she could get it surgically corrected. She then presented to an oral surgeon seeking correction of her problem. A thorough examination was performed and it was explained to her that she required surgery at a specialist surgical center. He referred her to our hospital for chin reduction surgery. Our hospital is renowned for facial cosmetic surgery in India.

The patient has been undergoing orthodontic treatment in our hospital for correction of malaligned teeth for the past 2 years. Our hospital follows all the protocols for surgical procedures as laid out by the American Association of Oral and Maxillofacial Surgeons. We are also a renowned center for corrective jaw surgery in India.

Chin surgeries, like all cosmetic surgeries, require not just good surgical skills, but also an eye for esthetics in order to balance the chin with the rest of the face. The result of the surgery should blend in with the rest of the face and should add to the overall esthetic appeal of the face. It has been repeatedly demonstrated through scientific studies that when the patient feels that there is a definite improvement in the esthetics of the face, it always leads to increased self confidence and motivation, thus resulting in an overall improvement in the quality of life.

A prominent or large chin is associated with a masculine appearance. Before the advent of agriculture and modern civilizations, mankind was essentially a hunter gatherer society. It was the males who went out to hunt and the women stayed back and took care of the children. These hunts were often violent and males developed thick sturdy bones in comparison to women in order to withstand the impact and stress that resulted from the hunts.

This got coded within the genes and big prominent bones became predominantly associated with males and a delicate bony structure became predominantly associated with females. It is because of this that the development of prominent bones in females led to a sense of discontent in them regarding the esthetics associated with it. A prominent chin in females is visually incongruent with a normally sized upper jaw. Reduction in the size of the chin always results in dramatic improvement in facial features. This results in long term health benefits because the patient does not feel self conscious anymore and gains more self confidence as a result of this surgery.

Dr SM Balaji, jaw reconstruction surgeon, examined the patient thoroughly. He then ordered comprehensive imaging studies for the patient including a 3D CT scan, which revealed a very prominent mental protuberance. This caused the patient to have a protruding chin with resultant increase in lower facial height. It was explained to the patient that her lower facial height needed to be reduced to give her a more feminine appearance. This would be accomplished by pushing the chin backwards, which would result in reduction of height as well as the prominence.

Under general anesthesia, a sulcular incision was first placed in the mandibular anterior region. A flap was then elevated and the chin region was exposed. Cuts were made in the bone of the chin region below the apices of the lower anterior teeth and a strip of bone was removed. The chin was then pushed backwards and fixed in place using titanium plates and screws. The incision was then closed using resorbable sutures.

Patient expresses satisfaction at the outcome of the surgery