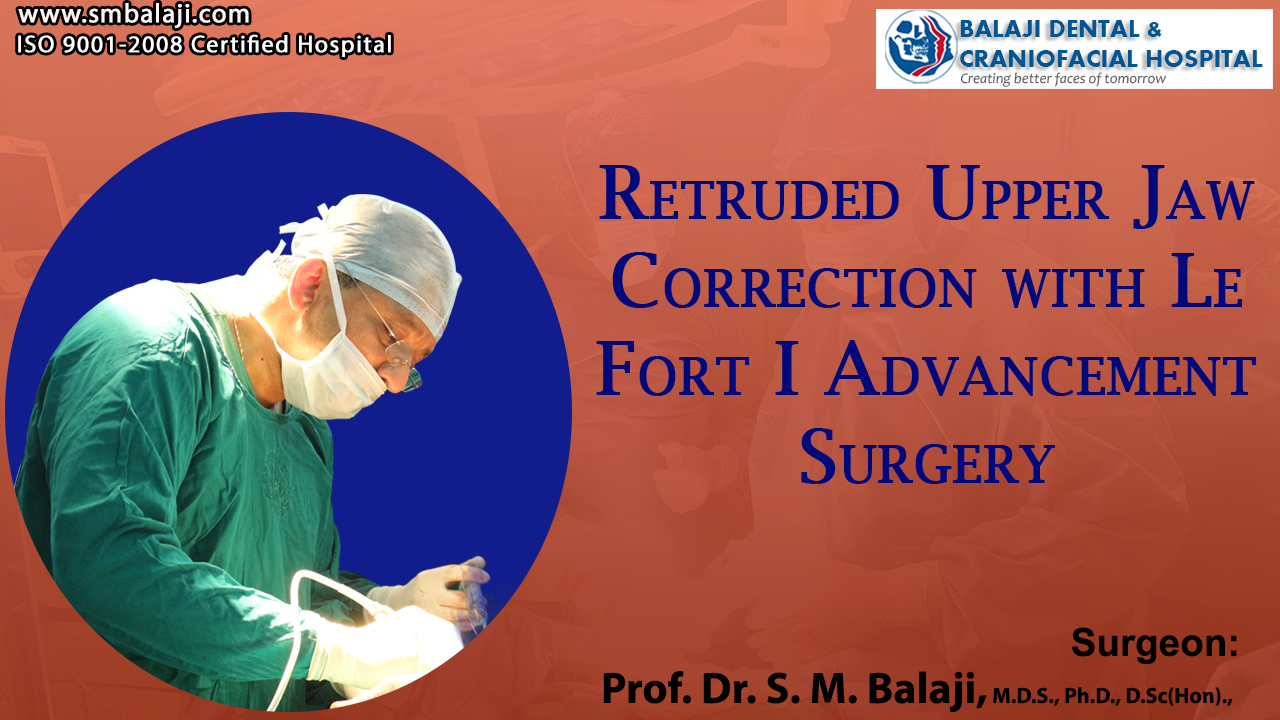 The patient is a 19-year-old young girl from Mathura in Uttar Pradesh, India. She was born with a cleft lip, palate and alveolus. Her parents were counseled extensively after her birth. They were advised to get her deformity repaired at the appropriate ages.

The degree of her facial deformity progressively increased as she grew up. It has now reached the point where she is finding it hard to bite on foods. Her upper teeth are placed inwards in relation to her lower teeth. She also said that this made her look ugly and unattractive. They realized that she would need corrective jaw surgery. This does not come under the purview of facial plastic surgery.

Deciding to get this corrected, her parents took her to Kolkata to seek the advice of an Oral and Maxillofacial Surgeon. The surgeon had examined the patient and obtained radiographic studies. Upon viewing it, he realized that the degree of correction required was enormous. He then counseled the parents that this needed to be performed at a specialty jaw surgery center.

Dr SM Balaji, jaw correction surgeon, examined the patient and obtained a detailed history from her parents. He then ordered for comprehensive imaging studies for the patient.

The patient had an increased crossbite in the anterior region. Her maxilla was also positioned backwards in relation to her other facial bones. Radiological examination confirmed maxillary hypoplasia.

Underdevelopment of the maxillary bones, which results in midfacial retrusion is known as maxillary Hypoplasia. This condition creates the illusion of protuberance of the mandible. The size of the mandible though is normal.

It is associated with Crouzon syndrome, Angelman syndrome and fetal alcohol syndrome along with many other syndromes. This can also be a byproduct of cleft lip and palate deformity.

Development of treatment planning for the patient

It was planned to correct the retrognathic maxilla by pulling it outwards using the Le Fort 1 surgical technique. This surgical technique is a complex one that is performed by only experienced surgeons. Results from this surgery provide good esthetic and functional correction of the patient’s problems.

Under general anesthesia, a sulcular incision was made in the maxilla. A mucoperiosteal flap was then elevated to expose the maxillary bone.  Le Fort I bone cuts were made and the maxilla was separated. The separated maxillary segment was then pulled forward until there was proper occlusion of the teeth. Following this, the maxilla was stabilized and fixed using titanium plates and screws. Closure was then done using resorbable sutures.

The patient and her parents were extremely happy with the esthetic results of the surgery. Improvements in the functional aspects were also explained to them. It was explained to them that she could eat a more varied diet because of normalization of her occlusion.

They expressed understanding of this. The patient said that she could not face the world with self confidence because of her improved appearance.