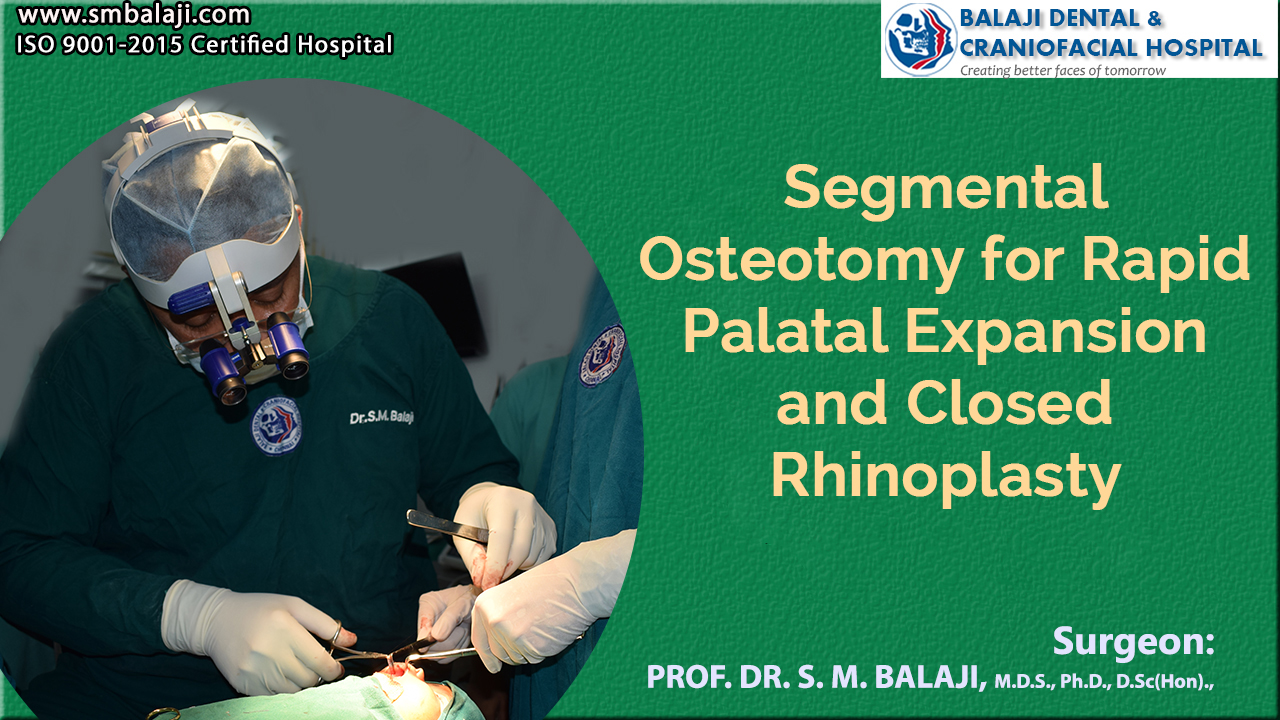 The patient is a 20-year-old female from Udupi in Karnataka, India. She was born with a unilateral cleft lip and palate defect. Her parents had been extensively counseled at the time of her birth. The surgical schedule of cleft repair was explained to them. The deformity involved both bone and cartilage as well as skin and tissue.

All these surgeries had been performed at our hospital. She had also undergone bone grafting at the site of the alveolar cleft.

Increasing concern from the facial deformity

As the patient grew up, her nasal deformity gradually increased. There was also inadequate development of the left maxilla. Her midface region had a depressed appearance. This resulted in a worsening facial asymmetry.

Cleft lip and palate is the most commonly occurring of all birth defects. The patient had always faced a degree of bullying while in school. She had also become very self conscious of her appearance and had become withdrawn.

Her parents had always been very worried about her and desired to do something to correct her facial deformity. They brought her again to our hospital for initial consultation and further management. Our hospital is a premier center for facial deformity surgery in India. Nose jobs are routinely performed at our hospital. Plastic surgeons also specialize in such surgeries.

Initial presentation at our hospital for surgical correction

Dr SM Balaji, facial deformity surgeon, examined the patient. He ordered extensive imaging studies for the patient. The patient expressed the opinion that her nose was ugly. She said that this made her feel very self conscious and made her withdraw from social contact.

Her desire was to have a symmetrical nose with a prominent tip. She also complained of malaligned teeth in left back upper jaw region.

Findings upon examination of the patient

Examination revealed a repaired cleft lip and cleft palate on the left side. The left side of the nose was depressed along with a smaller nostril. She also complained of snoring during sleep. The left maxillary bone was also underdeveloped and constricted.

This would enable maxillary correction through rapid palatal expansion in the postsurgical period. It was also planned to obtain a costochondral graft for cosmetic rhinoplasty of her depressed nose.

The treatment plan was explained to the patient and her parents in detail. They expressed complete understanding of the treatment process and gave their consent to undergo facial asymmetry surgery for correction of the patient’s facial deformity.

Under general anesthesia, an incision was made in the right inframammary region and a costochondral cartilage graft was harvested. A Valsalva maneuver was then performed to rule out any perforation into the thoracic cavity. The incision was then closed in layers using sutures.

This was followed by the maxillary osteotomy. An incision was made intraorally and a flap was raised to expose the underdeveloped maxilla. Segmental Le Fort I osteotomy cuts was then made and the maxillary segment mobilized. The vertical cut was made through the previously placed bone graft anteriorly.

Cosmetic rhinoplasty was performed next. A transcartilagenous incision was first made in the right nostril. Dissection was then performed and the nasal dorsum was augmented using the costochondral graft. A tip graft was also placed followed by a strut graft to elevate the left nostril.

The patient and her parents were very happy with the results of the surgery. Her nose now appeared normal and there was better symmetry of the two halves of the face. It was explained that there would be even greater improvement following rapid palatal expander treatment.

The change in her personality was immediate. She expressed that she would now face life with renewed confidence as a result of the surgery.