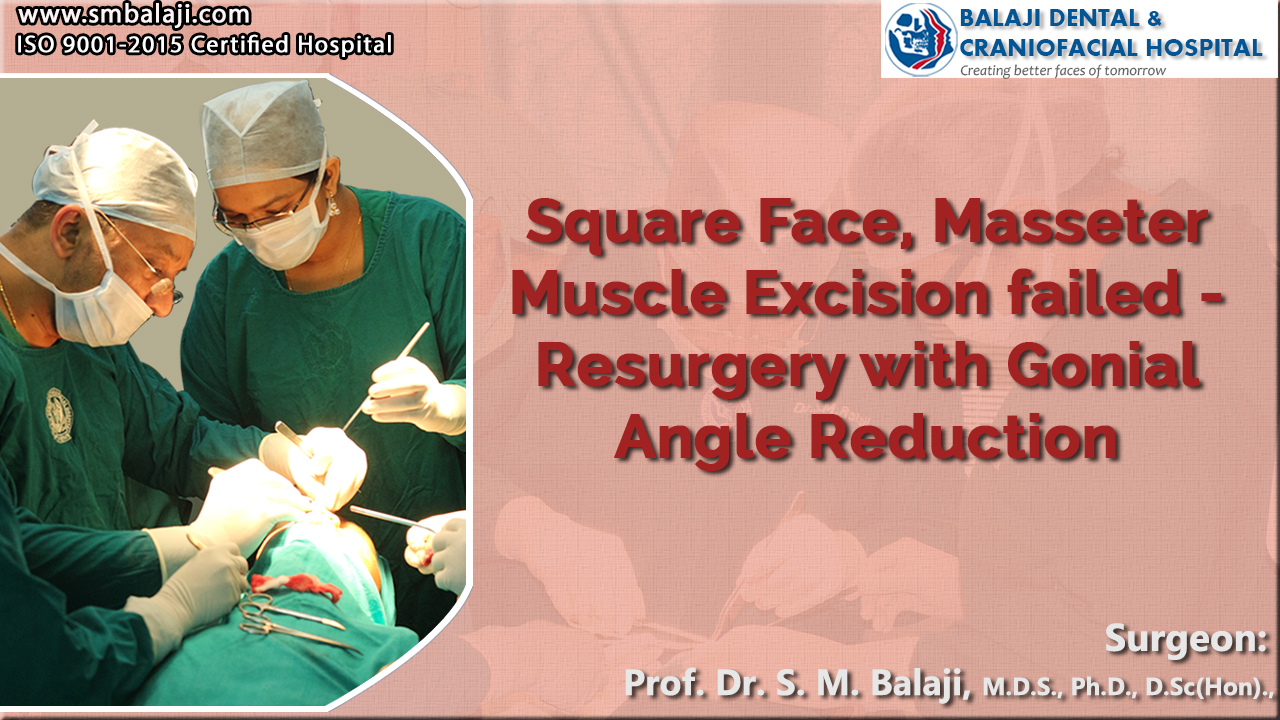 The patient is a 25-year-old boy from Ranchi in Jharkhand, India. He had always felt very self conscious about his face as he felt that the lower half of his face was very broad. This had made him very self conscious and socially withdrawn over a period of time. He said that he had faced a lot of bullying in school and in college. The patient had presented to a local oral surgeon who had diagnosed him to have hypertrophy of the masseter muscles.

The face plays a huge part in day to day interactions. Nobody is truly satisfied with the face that they have, but this does not prevent them from carrying out their activities of daily living. It is only when this dissatisfaction with one’s face crosses a threshold point that it starts to interfere with carrying out one’s daily duties. Plastic surgery initially evolved from general surgery to deal with gross disfigurements of the face. It is only later that it evolved to even correct minor blemishes of the face.

Plastic surgery in India has become a highly evolved specialty today. Facial plastic surgeons in India perform a wide variety of cosmetic surgery procedures that range from face lifts to tummy tucks. Reduction of a broad lower face comes under the category of corrective jaw surgery as it involves reduction of the bony excess at the gonial angles of the mandible.

Patient not satisfied with results of masseter muscle reduction surgery

It had been advised that he undergo masseter muscle reduction surgery (square face surgery) and he had consented for the same. He had undergone masseter reduction surgery through an extraoral approach. This had however failed to remove the masseter muscle and he was not satisfied with the results. There had been an unsightly residual scar. He said that his face still had a square appearance and he felt that it was still esthetically unappealing. His facial profile was not to his satisfaction and he still remained unhappy.

He had spoken about his problem with a friend from another city and expressed his lack of self confidence due to this. The friend mentioned that his problem could be easily solved at our hospital. We are a renowned hospital for facial cosmetic surgery in India as well as jaw reconstruction surgery in India.

Initial evaluation and treatment planning at our hospital

Surgical reduction of the gonial angles and masseter bulk

Under general anesthesia, modified Wards incisions were placed in the mandibular retromolar regions bilaterally following which flaps were elevated. Dissection was carried down to the gonial angle of the mandible. The gonial angles of the mandible were then reduced bilaterally. This was followed by dissection of the periosteum following which the masseter muscle was identified. The masseter muscle was completely excised bilaterally. Drains were also placed postsurgically in order to ensure that there would be no hematoma formation at the operative site. The wound was checked for hemostasis following which closure was then done using resorbable sutures.

Patient very satisfied with the results of the surgery

The patient was happy with the outcome of the surgery. He now had a narrower appearing mandible. His facial bulk had also been reduced giving him a more chiseled and sophisticated look. He said that he was very happy with the appearance of his face now. The patient was even more pleased during his subsequent postsurgical follow up visits once the swelling from the surgery had considerably subsided.