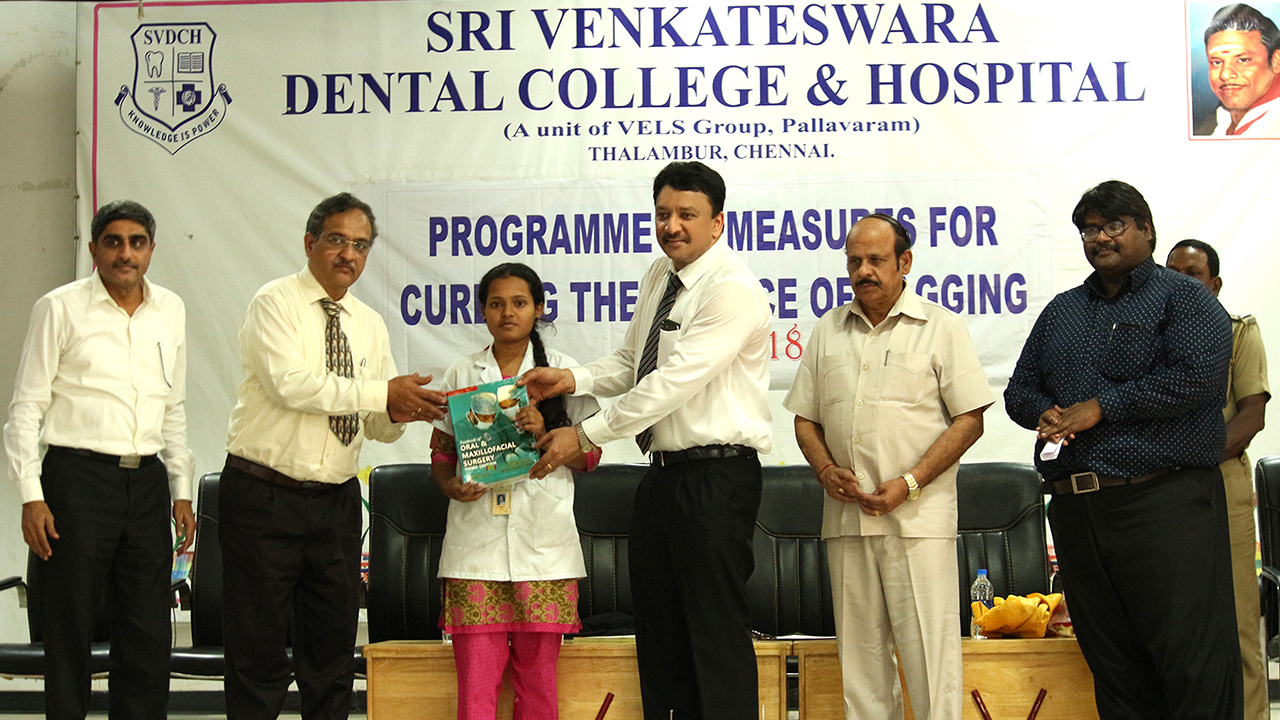 Dr SM Balaji, Hon’ble Member, Dental Council of India was invited to be the chief guest at the Antiragging Orientation Programme at Sri Venkateswara Dental College, which was organized by the college authorities to raise awareness amongst the students about the Antiragging Act of 2010. He was warmly welcomed by Prof Lodd Mahendra, Principal, Sri Venkateswara Dental College and Dr Jothimurugan, Vice chancellor, Vels University.

Dr SM Balaji spoke at length about the consequences ragging had on the life of students and how it could result in irreparable harm in the lives of all concerned. Ragging, he said, is something that students think is harmless, but can have devastating consequences when it goes wrong.

He spoke about the infamous ragging incident that happened in a dental college in Tamil Nadu in 1997 that had culminated in the death of a fresher and arrest of the involved seniors. He spoke about how it would not only affect the students, but also the parents and the families of those involved and how the grief arising from such untoward incidences would have to be borne by those involved to their graves.

The aim of his speech was to educate the students about what lay ahead in their lives and the success and happiness that would result from pursuing dentistry as a career choice. He told them that all this could be jeopardized by undesirable behaviors that accompanied instances of ragging.

He explained that they needed to develop the focus and drive to sustain them in a lifetime pursuit of gaining skills to succeed in life. He said that the foundation of this focus and drive needed to be laid during their college life and they should not waste time on anything that could distract them from it.

He also spoke to them about his passion for maxillofacial and craniofacial surgery and how he had developed this focus while he was in college as an undergraduate student. He said that the sky was the limit as far as achievements in their career were concerned provided they had the right focus. He then presented his Textbook of Oral and Maxillofacial Surgery to a meritorious student of the college at the conclusion of the function