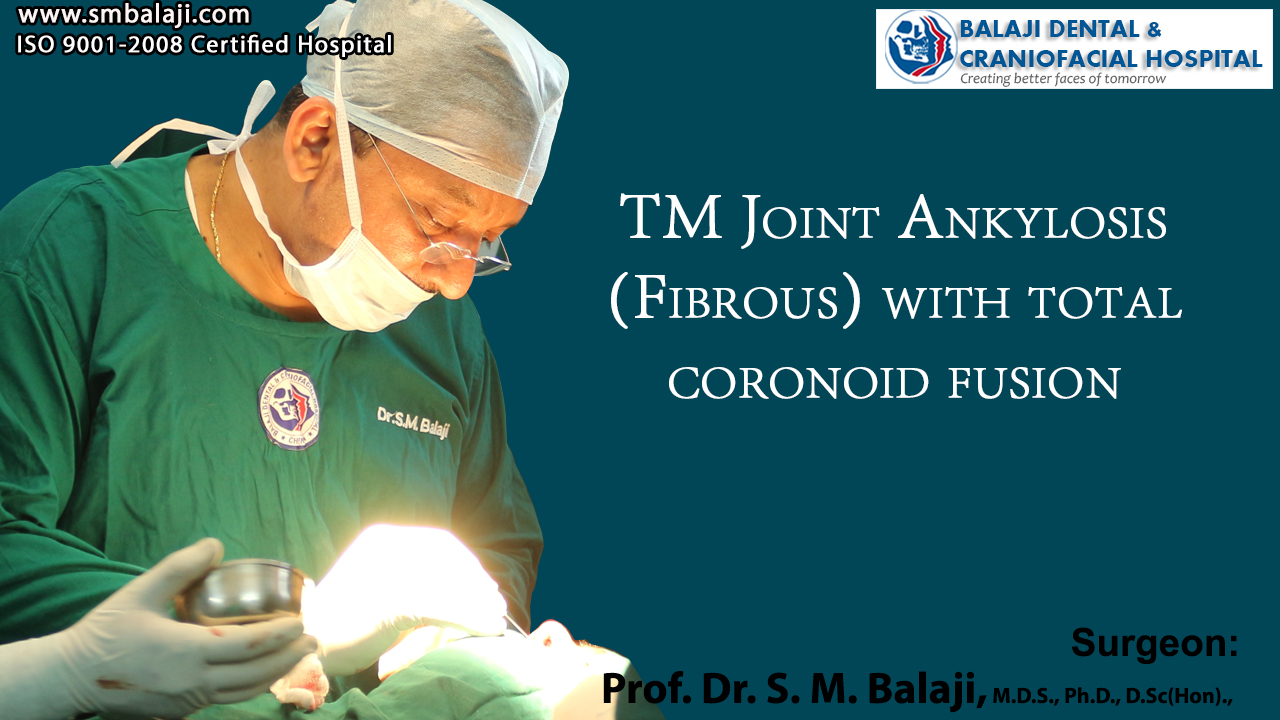 Inability to fully open mouth for many years now

The patient is a 55-year-old female from Agartala in Tripura, India. She relates having restricted mouth opening for a very, very long time. History also includes a distant vague memory of trauma to the chin when she was a little girl. She recalls parents saying that they had not visited a dentist at the time of the trauma.

The patient stated that she has always had difficulty eating due to restricted mouth opening. Over the past few years, the jaw joint trismus had become progressively worse. She is now completely unable to move her mandible. The patient has started having panic attacks due to the increasing difficulty with eating and speech. It was difficult for her to eat or drink.

Her family decided that this needed to be addressed and had sought consultation at a local hospital. She had undergone a barium swallow test there, which revealed that the patient had a very narrow pharynx. It was unclear if the narrowing of her food pipe was recent. The patient needed corrective jaw surgery.

Referral by outside facility to our hospital for treatment

Our hospital is a premier center for TMJ ankylosis surgery in India. Temporomandibular joint surgeries are regularly performed in our hospital. Many patients have been successfully rehabilitated through jaw reconstruction surgery.

Initial presentation at our hospital for management of the ankylosis

Dr SM Balaji, TMJ ankylosis surgeon, examined the patient and obtained a detailed oral history. He then ordered comprehensive imaging studies for the patient including a 3D CT scan. Clinical examination revealed that she had inability to move her mandible with a mouth opening of 10 mm. Her family related that her mouth opening has significantly reduced over the last two years.

Examination of her barium swallow study revealed that she had a narrowed pharynx. She also had very poor oral hygiene. There was halitosis and plaque buildup in her oral cavity. Her speech was also difficulty to understand.

Her 3DCT scan revealed bilateral TMJ fibrous ankylosis between the mandibular condyle and glenoid fossa. The recently inability to move her mandible was due to bilateral coronoid fusion.

In view of the patient’s extremely limited mouth opening, it was advised that the patient undergo bronchoscopic intubation for anesthesia. This would be followed by releasing the fibrous ankylosis in her bilateral temporomandibular joint along with bilateral coronoidectomy.

This would correct her mouth opening difficulty. Treatment rationale was explained to the patient and her parents in detail and they consented for surgery.

Surgical correction of the bilateral fibrous ankylosis of the TMJ

Incisions were first made in the mandibular retromolar region bilaterally. A flap was then elevated and the fibrous ankylosis identified. This was released followed by bilateral coronoidectomy. Passive mouth opening of up to 50 mm was achieved following the surgery. Pterygoid muscle and masseter muscle function was normal.

Hemostasis was achieved and closure done using resorbable sutures. Suction drain was also placed to prevent an accumulation of exudates or blood postoperatively. The patient was then extubated and brought to the recovery room in stable condition.

She and her parents expressed complete understanding of the instructions. They expressed how this surgery would completely transform her life. She would now be able to participate in all social interactions and lead a completely normal life.