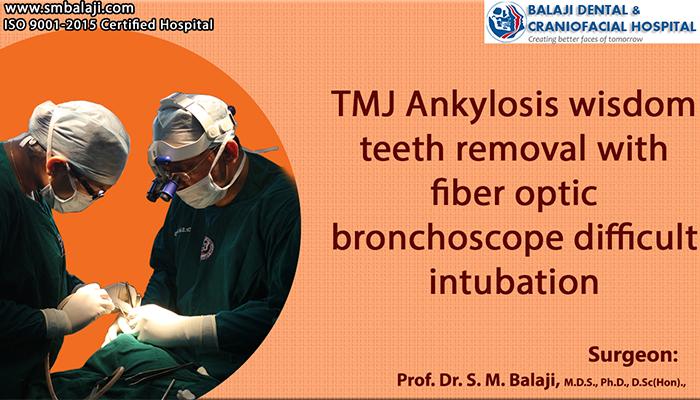 What is ankylosis and what are its effects

Ankylosis is the condition where bony joints exhibit extreme stiffness and rigidity due to fusion of the two opposing bones in the joint. It was coined in the 18th century from the Greek word Ankylosis, which means crooked. This condition causes extreme difficulty for the person affected by it. Ankylosis can affect any bony joint in the body. Ankylosis of the long bones can result in limitation of movement, thus causing mobility issues when involving the lower limbs and issues with functionality when involving the upper limbs.

Debilitating effects of ankylosis of the vertebral column

Ankylosis of the bones of the vertebral column can lead to extreme stiffness and in severe cases where there is calcification of the spinal cord can lead to paralysis, leaving the patient bedridden. Ankylosis is most often brought about by trauma to the joints though it can also be idiopathic in nature.

Back in the olden days before the advent of modern medicine, people with ankylosed joints tend to have reduced life span because of the limitations brought about by this condition. They were accident prone because of lack of mobility and easily injured themselves from fall. Even minor abrasions and cuts suffered from fall could easily get infected before the advent of antibiotics, thus increasing the morbidity associated with ankylosis.

Evidence of ankylosis in dinosaurs

Ankylosis is a condition that has plagued living organisms even before the appearance of modern man on Earth. Fossil records indicate that this was a common condition amongst animals. Many dinosaur fossils have been excavated that exhibit signs of ankylosis of joints. The most famous specimen of the T. Rex that is on exhibit at the Black Hills Institute of Geological Sciences in Hill City, South Dakota exhibits evidence of ankylosis.

History of ankylosis surgery down the ages

John Benjamin Murphy was an American surgeon, born in 1857, who was the first to meet with reasonable success at performing ankylosis surgery. He was often referred to as the surgical genius of that generation. Dr Murphy is credited with many surgical firsts in general, orthopedic, cardiothoracic and neurosurgery.

He extensively researched the application of various types of bone grafts. One of the first to recognize the potential use of bone grafts in reconstructive surgery, he pioneered the release of ankylosed joints followed by the use of bone grafts and physiotherapy to aid in mobility of the joints.

Ankylosis of the temporomandibular joint

This now 14-year-old boy from Kangeyam, Tamil Nadu, India had suffered a fall on his chin when he was around 2 years of age. They had taken him to a local hospital where he had been given first aid and discharged. He had slowly developed difficulty opening his mouth and deviation of the jaw to the right side. His speech and feeding was also getting affected and his alarmed parents had taken him to a local oral surgeon as they knew that this was a problem that needed a dentist or oral surgeon.

Diagnosis of ankylosis of right jaw joint as etiology of deformity

Imaging studies had revealed an ankylosis of the right temporomandibular joint. Ankylosis of TMJ is a very debilitating condition. TMJ ankylosis surgery is performed only at a few specialized hospitals. The oral surgeon had explained the problem in detail to the boy’s parents. He had informed them that TMJ surgery in India was a very specialized procedure and had referred them to Balaji Dental and Craniofacial Hospital in Chennai. Oral surgeons are the specialists who treat this condition.

Surgery was performed on the boy and the ankylosis was released. However, the boy had developed micrognathia as a result of the long standing neglect and Dr SM Balaji had advised the parents that the boy needed mandibular distraction osteogenesis later. Maxillary distraction is not needed in this case. Wisdom teeth removal is essential before performing distraction osteogenesis. This is performed through the use of distraction devices. In this case, a internal distractor device would be used to unite the distracted bone segments. The bone removed during distraction can be used as bone grafts. Wisdom teeth can either be partially erupted (partially impacted) or fully encased (fully impacted) within the bone.

The boy presented with his parents for scheduling his distraction osteogenesis. Imaging studies obtained at this time revealed that he had an impacted lower left third molar along with impacted right second and third molars. Parents were informed that these impacted molar teeth needed to be extracted before the distraction surgery.

Tooth extractions needed to be performed under general anesthesia because of the associated conditions present in this case. Extreme care has to be taken to avoid dry socket. This can be ensured through maintenance of good blood supply for formation of clot in the extraction sockets. They consented and he was scheduled for surgery.

Utilization of nasal fiberoptic bronchoscopy for induction of anesthesia

It was decided to induce general anesthesia through nasal fiberoptic bronchoscopic intubation as he had minimal mouth opening. Administration of local anesthesia at the site of the impacted tooth is also done in these cases. Once anesthesia had been induced, a vestibular incision was made in the mandibular right molar region and the impacted second and third molars were removed. The incision was then closed with sutures. A similar procedure was performed on the left side and the impacted left third molar was extracted. Placement of ice packs will considerably reduce postoperative swelling.

The patient tolerated the procedure well and will undergo distraction osteogenesis after adequate bony healing of the extraction sites since his dental problems had been addressed. His parents were advised to give him only soft foods for 7-10 days that would not require much chewing.