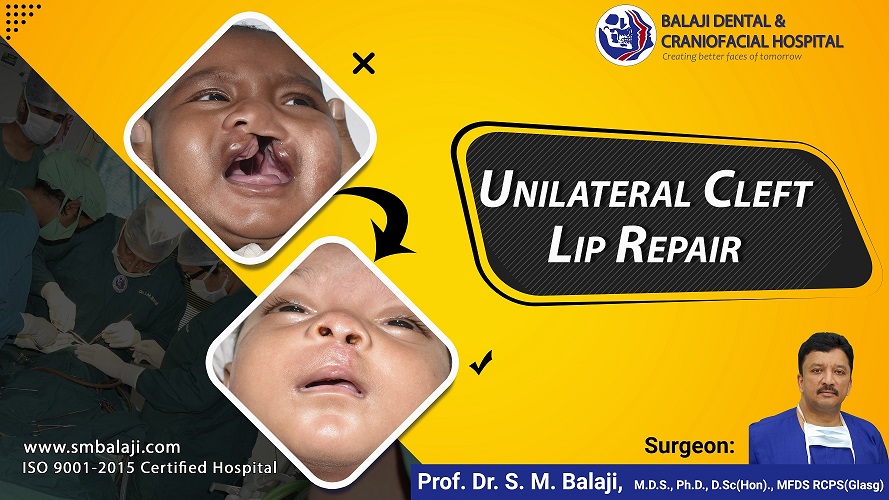 Cleft lip deformity can occur with varying severity. It can range from very mild to very severe. Most severe is the bilateral cleft lip and palate deformity. There is also a hole in the roof of the mouth in the upper jaw. The mildest form is the unilateral incomplete cleft lip deformity.

Ramifications of Bilateral Cleft Lip Deformity on Quality of Life

The most severe manifestation of the deformity is the bilateral cleft lip and palate deformity with a free-floating premaxillary segment. A bilateral cleft lip deformity not only affects the esthetics but also the functional aspects of eating and speech. Rehabilitation for patients is usually lengthy and involves undergoing multiple surgical procedures.

Children born with cleft lip deformity often faced a very difficult life during ancient times. The Chinese were the first to attempt a rudimentary cleft lip surgery. Results from the surgery were varied with some very good results at times. History records a member of a royal family with a cleft lip deformity who had undergone successful surgical correction.

Reaction to Cleft Lip Deformity in the Ancient Past

Scientific temper developed only over the last 500-600 years around the world. The Renaissance played a very important role in developing the correct mindset towards life. Children born with a cleft lip deformity were viewed with suspicion in the ancient past. People associated them with the occult and rejected them.

Role of India in the Development of Facial Plastic Surgery

Susruta who is considered to be the father of facial plastic surgery lived in ancient India. Cutting off of the nose was a common punishment meted out to criminals. He was the first to advocate the use of forehead flaps for the reconstruction of nasal deformities arising from such punishments.

It was only after the advent of the modern age that cleft lip deformity correction was performed with finesse. Postsurgical scarring is also minimal with good esthetic and functional rehabilitation. Experienced surgeons offer very good results with complete patient satisfaction. Plastic surgeons also perform this surgery.

When the cleft lip and palate deformity is severe, it often involves a lengthy rehabilitation. It involves undergoing a series of surgery to attain normalcy. The first is cleft lip surgery, which is performed at 3-1/2 months of age. This is followed by cleft palate surgery at 10 months of age.

The third surgery is the closure of the cleft alveolus at 4-1/2 years old through the use of bone grafts. This is followed in later years with maxillary advancement, scar revision and other such surgeries as needed. Speech therapy is also an integral part of the rehabilitation of cleft lip patients.

Experienced surgeons offer the best results for cleft lip surgery. The alar base also needs to be reconstructed. They are adept at molding the delicate soft tissue structures of the cleft lip and palate. It is not only a surgical science but also an art that involves an artistic eye for symmetry and proportions.

Our hospital is a renowned center for cleft lip surgery for over three decades now. We have been offering our services to patients from around the world. Many patients from Western nations including USA, UK, Germany and France come to us for facial plastic surgery.

This infant is from Shimla in Himachal Pradesh, India. She was born with a wide unilateral cleft lip and palate deformity. Her parents requested that they wanted the best treatment for their baby. They were then referred to our hospital for cleft lip surgery.

Initial Consultation and Treatment Planning in our Hospital

The treatment planning was explained to the parents in detail. They were given the “Advanced Treatment for Cleft Lip and Palate.” This is a concise handbook for parents authored by Dr. SM Balaji. Her parents expressed understanding of the same and consented to surgery

Surgery is performed under general anesthesia. She underwent cleft lip surgery at the age of 3-1/2 months. The floor of her nose and nasal sill were rebuilt with a C-flap. A meticulous approximation of the cleft lip was then performed in a three-layer closure. The structures of the lip to include the orbicularis oris, subcutaneous tissue and skin were perfectly aligned using a surgical loupe.

There were very good function and esthetic results from this surgical technique. Her parents were instructed to return when she was 10 months old for cleft palate repair. They expressed understanding of the instructions and thanked the hospital staff before discharge.