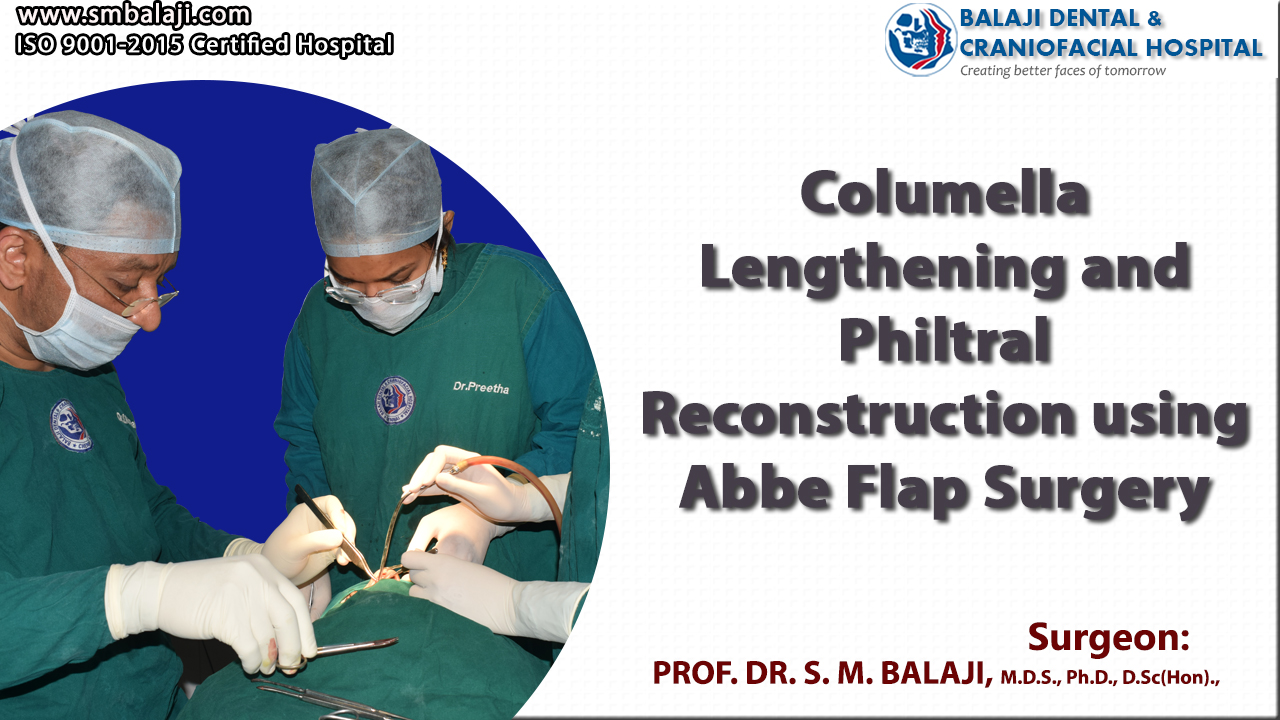 The patient is a 12-year-old boy from Vizag in Andhra Pradesh, India who was born with bilateral cleft lip and palate. Parents were counselled extensively regarding their child’s condition. The roof of the mouth had a hole in it.

As the patient grew up, he gradually developed a flat nose deformity. There was also a prominent scar in his upper lip from the cleft lip repair. This had led to considerable bullying at school. The patient was becoming combative and rebellious because of all these factors. There was also flattening of the nasal tip from the surgery.

His worried parents had consulted a facial cosmetic surgeon who had suggested getting these deformities corrected. Due to the nature of these defects, he had referred them to our hospital for surgical management of his problem. The lip and nasal deformities will be addressed by the surgical repair.

Dr SM Balaji, cleft rhinoplasty surgeon, examined the patient and reviewed all his old surgical records. He observed that the patient had an obtuse nose, a short prolabium and a near absent columella, which is typical of bilateral cleft lip and palate deformity. A treatment plan was then formulated for the patient. It was advised that the patient undergo nose correction through open rhinoplasty and philtral reconstruction using an Abbe flap technique from the lower lip. The columella of the nose will be reconstructed using the philtrum of the nose.

Description of the surgical procedure

This surgery is done in two stages. In the first stage, an incision is placed in the upper lip and prolabium is mobilized. This is then utilised to create the columella. Nose correction is also done at this stage. The next step involves mobilization of a portion of the lower lip that is then transferred to the upper lip with its base still attached to maintain vascularity. This is used to create the philtrum.

Following a period of approximately 21 days, the second stage of the surgery will be performed. This period is given to allow the flap to establish vascular supply from the surrounding tissues in the upper lip. Once this has been established, the pedicle will be divided and the donor and recipient sites sutured. The lip anatomy will thus be completely restored.

Under general anesthesia, the columella of the nose was successfully created along with the prolabium. The patient will have to be on a liquid diet for a period of 21 days until division of the flap is done. Maintaining hygiene is very essential during this period.

The parents and the patients were extremely pleased after division of the pedicle after the 21-day waiting period. The cosmetic results were excellent and there was also an improvement in lip function. Normalcy was restored to the appearance of the nose and lip of the patient. Parents stated that the child would now be able to face life with self-confidence and hope.