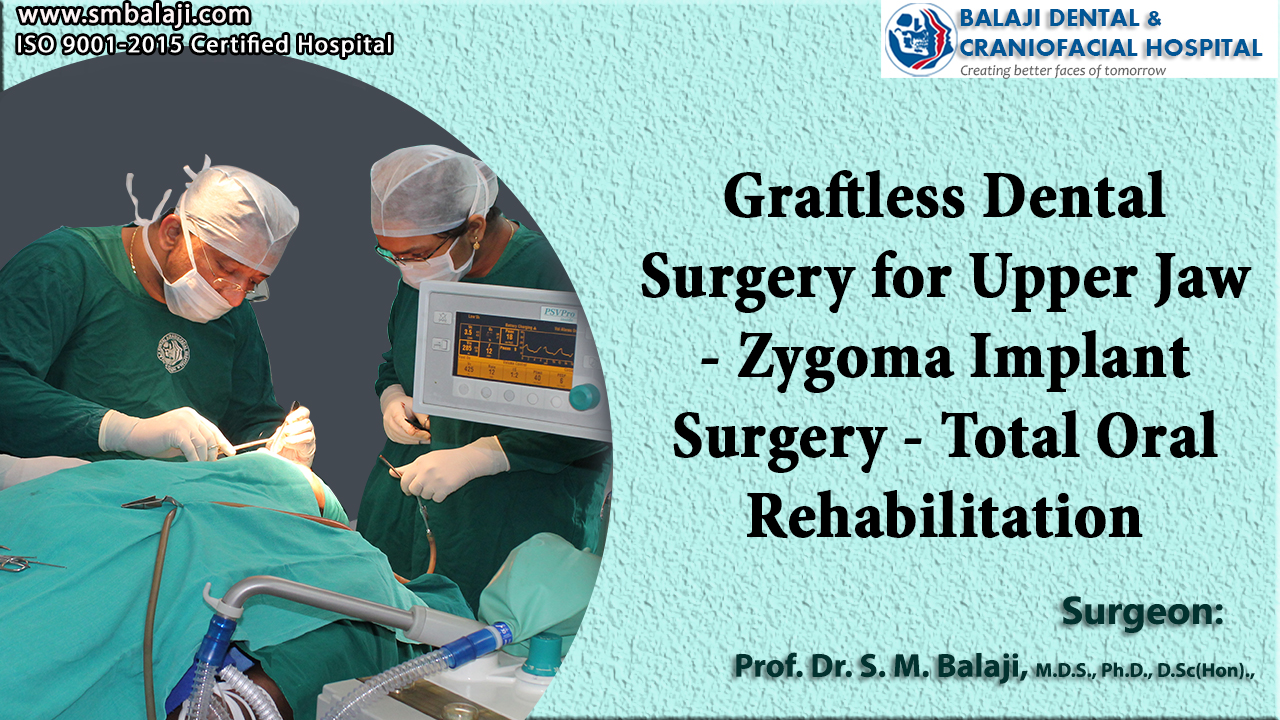 Patient with complaints of extensive tooth loss and mobility

This is a 47-year-old patient from Hubli in Karnataka, India who presented to our hospital with the complaint of difficulty chewing food. He had multiple missing teeth as well as mobility of his remaining teeth. He also had a mobile bridge in right lower posterior region. He stated that he had been having severe pain and sensitivity in the posterior teeth of his mandible for a couple of years now. This had resulted in him avoiding certain food groups, which had led to a gradual weight loss. The patient also had bleeding from his gums upon toothbrushing. He also had chronic bad breath, which had resulted in him avoiding social contact to a certain extent. There was also slight hollowing of cheeks due to soft tissue collapse resulting from absence of many teeth.

Seeking a permanent solution for his problems, he had visited a few local dental clinics in his hometown. They had advised him to undergo extraction of all his existing teeth under local anesthesia followed by replacement with a removable denture. It was explained to him that there was insufficient bone in the region of his posterior maxilla and this made it impossible for him to undergo full mouth rehabilitation with dental implants. They explained that bone grafting would solve this problem for the patient, but the patient was not interested in undergoing surgery to harvest bone for grafting from his ribs.

One dental surgeon had explained to him that there was the option of placement of zygomatic dental implants to address his problem and had referred him to our hospital for surgical management. He had explained that these surgical procedures needed to be performed at a specialty implant center. Our hospital is a renowned center for zygomatic implant surgery in India. There would be no necessity for bone graft surgery for placement of zygomatic implants.

Dr SM Balaji, zygomatic dental implant surgeon, examined the patient. Clinical examination of the patient’s oral cavity revealed generalized gingival recession with bleeding gums. The patient also had chronic periodontitis with resultant mobility of his teeth. The bridge in the lower arch was mobile. There was severe bone loss up to the roots of his left lower posterior teeth region. There was overall severe generalized bone loss. There were multiple missing teeth in the upper arch. Dr Sm Balaji suggested comprehensive imaging studies including orthopantomogram.

Treatment planning for full mouth rehabilitation of the patient

It was explained to the patient that it would be best to extract all remaining teeth in his mouth. This would include removal of the bridge from his lower jaw. Full jaw mandibular rehabilitation would be through placement of conventional dental implants. Only Nobel biocare implants are used at our hospital. It was advised to the patient that it would be best to use zygomatic implants to rehabilitate the upper jaw as there was insufficient bone for placement of conventional implants in the posterior region of the upper jaw. The patient was in complete agreement with this treatment plan and signed the surgical consent to undergo dental implant surgery.

Zygoma implants are different from conventional dental implants in that they anchor into the zygomatic bone rather than the maxilla. They may be used when maxillary bone quality or quantity is inadequate for the placement of regular dental implants.

Under general anesthesia, the bridge was first removed followed by extraction of the patient’s remaining teeth. A midcrestal incision was then placed following which a flap was elevated. Bilateral sinus lift was done through the lateral window technique followed by placement of zygoma implants bilaterally. The implants remained exposed where there was extensive loss of bone. It was then decided to augment the defects using Creos bone graft and Bio-Oss. Creos is a deproteinized demineralized bone with preserved micro- and macrostructures. It acts as a bone replacement material that is used to increase the body’s own bone. Bio-Oss is composed of the hard, mineral portion of natural bone and has a structure very similar to that of human bone. It is therefore well accepted by human bone tissue and serves as a guide rail for new bone growth.

The patient was very happy with the surgery and looked forward to the day full mouth rehabilitation would be completed for him. Healing process took place without untoward incident. He was given a removable partial denture at this time following implant placement. Osseointegration is most likely to occur over a period of the next three to four months. Once adequate osseointegration of the dental implants has been demonstrated through radiographic imaging, the patient would be provided with implant-supported dental prosthesis, which would enable him to once again include all the food groups that had been excluded by him from his diet. This would benefit his long term overall health status.