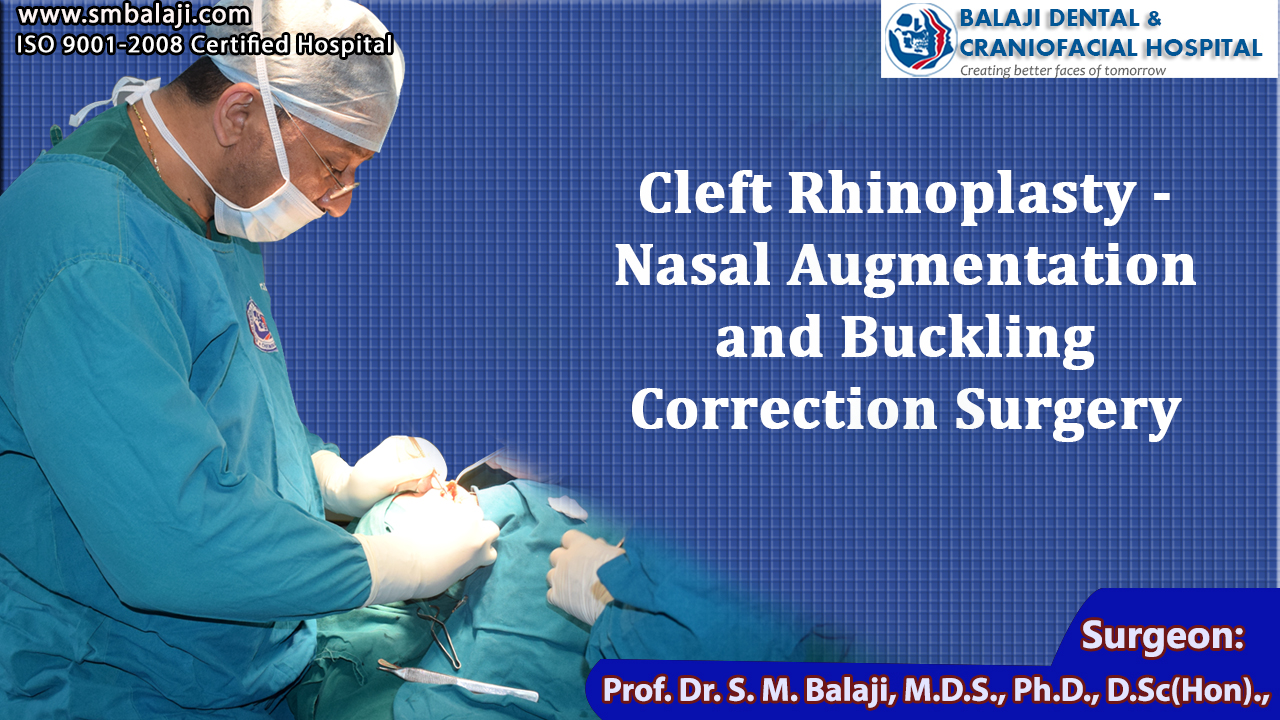 The patient is a young girl who was born with a left-sided unilateral cleft lip defect. She was operated upon as an infant at an outside hospital, but that correction had left her with an unsightly residual scar. She had slight lip incompetency on the left side in association with the scar tissue. There was also a buckling of the left nostril. This had lead to taunts and jibes at school from other children, which lead to her becoming withdrawn and quiet. Her worried parents brought her over to Balaji Dental and Craniofacial Hospital, Teynampet, Chennai, where she was thoroughly examined by Dr. S. M. Balaji, Cranio-Maxillofacial Surgeon, who suggested a minor scar revision procedure and nasal augmentation with buckling correction surgery. He explained to them that this involved harvesting a costochondral rib graft from the patient to be used to augment the bridge of the nose and her parents were in full agreement with that.

Upon induction of adequate general anesthesia, a costochondral rib graft was harvested and the wound was closed in layers with sutures. Following this, the minor scar revision surgery was performed with release of fibrous bands from the scar tissue, which lead to improvement in the patient’s lip incompetency. Next an intranasal incision was made at the region of the lateral crus and a tunnel was created extending up to the bridge of the nose. The cartilaginous rib graft was then manipulated into position resulting in a straighter profile to the nose along with correction of the nasal buckling of the left nostril. The incision was then closed with sutures.

The patient was overjoyed at the results of the surgery and couldn’t stop smiling, thanking Dr. Balaji profusely for the way he had set right her problem.