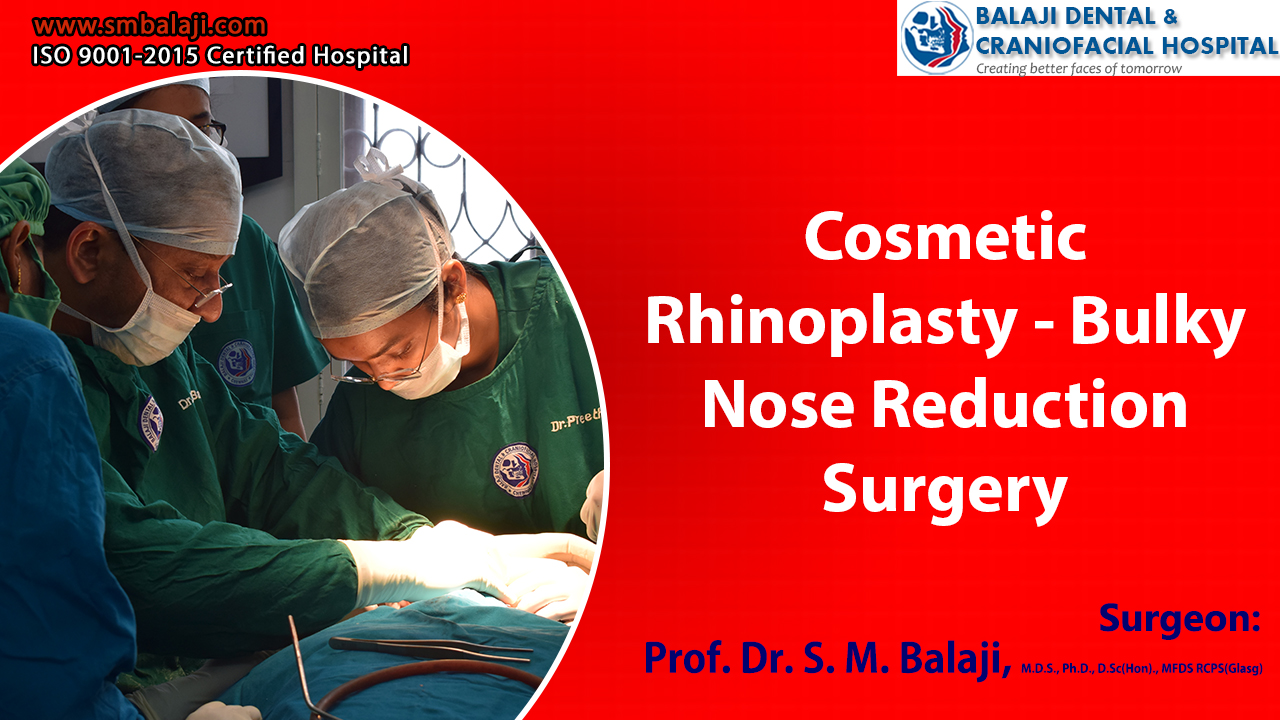 Young man with a strong dislike for his nose

The patient is a 19-year-old male from Wandiwash in Tamil Nadu, India. He had developed a strong dislike for the shape of his nose since very young. The appearance of his nose had resulted in a bit of bullying during his school days.

There have however never been any breathing and feeding difficulties. He had always wished to have a narrower and sharper nose. The form of his nose, he felt, was very broad for his face. It appeared very bulky.

There were no deformities involving the roof of the mouth or the nasopharyngeal airway. The only complaint that the patient had was with the shape of his nose.

Seeing the degree of unhappiness the patient had over his nose, a friend had suggested that he undergo cosmetic nose surgery. He also said that the patient needed to visit a facial plastic surgeon. The patient also like the idea of a nose job and convinced his parents about it.

After making enquiries about the best hospital for the procedure, they decided to come to our hospital for consultation. Our hospital rigorously follows surgical protocols laid down by the American Association of Plastic Surgeons.

Treatment planning was explained to the patient in detail. Excess soft tissue would be removed to reduce the nasal bulk first. This would be followed by augmentation of the nasal dorsum using a costochondral graft that had been harvested from the patient. Our hospital is renowned for cosmetic rhinoplasty in India.

Both bone and cartilage contribute to the shape of the nose. Open rhinoplasty can lead to visible scars while no visible scars will result from a closed rhinoplasty. This aspect of the surgery was very appealing to the patient. The patient was in agreement with the treatment plan and consented to surgery.

Types of shapes of the nose

Nasal shapes vary according to the structure of the underlying bone and cartilage. Nasal shapes have been classified under aquiline, broad and flat. Aquiline is found in the Caucasians, flat in the mongoloids and varying degrees of broad in the rest.

Under general anesthesia, a right inframammary incision was made followed by harvesting a costochondral graft. A Valsalva maneuver was next performed to ensure patency of the thoracic cavity. The incision was then sutured close in layers.

Attention was next turned to the nose. A transcartilagenous incision was first placed in the right nostril and dissection was done up to the nasal dorsum. Excessive soft tissue was identified and excised. This was followed by augmentation of the nasal dorsum using the costochondral graft.

Closure of the wound was then done using resorbable sutures. The patient was extubated and brought to the recovery room in stable condition.

Total patient satisfaction with the results of the surgical procedure

The patient and his parents were very happy with the results of the surgery. He liked his new nose immensely. His nose was now narrower, more symmetrical and had an elevated dorsum. He expressed that he would now be able to face life with a greater degree of confidence.