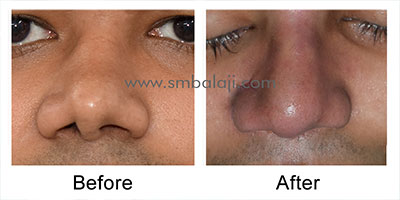 This is a 30-year-old male from Belagavi. He was involved in a road traffic accident. This resulted in a blocked nose with difficulty breathing. He had undergone a nose block clearance surgery elsewhere by open rhinoplasty. This resulted in him developing a deviated nose. There was also residual scars over the bridge of the nose and the columella.
He was very dissatisfied with this and desired corrective surgery. He searched the Internet for the best nose deformity correction surgeon. This led him straight to our hospital.
Dr SM Balaji examined the patient. The patient explained his problem. He said he had great difficulty breathing and that he wished for a more prominent nose. He agreed to the proposed treatment plan. 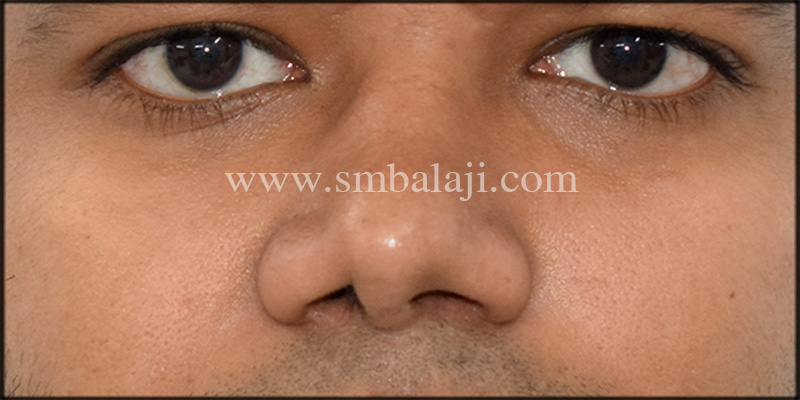 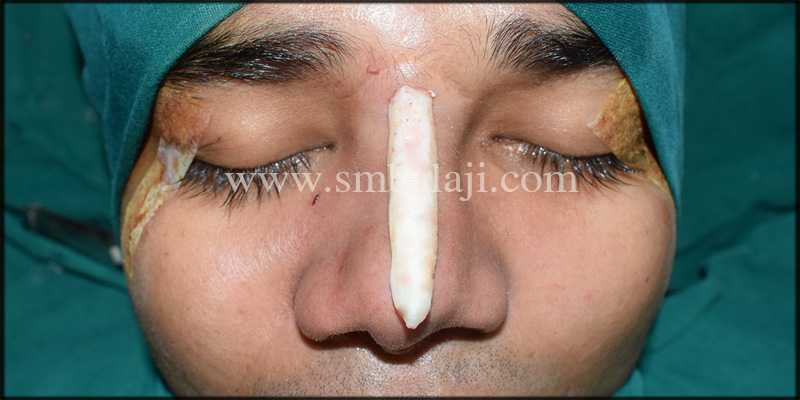 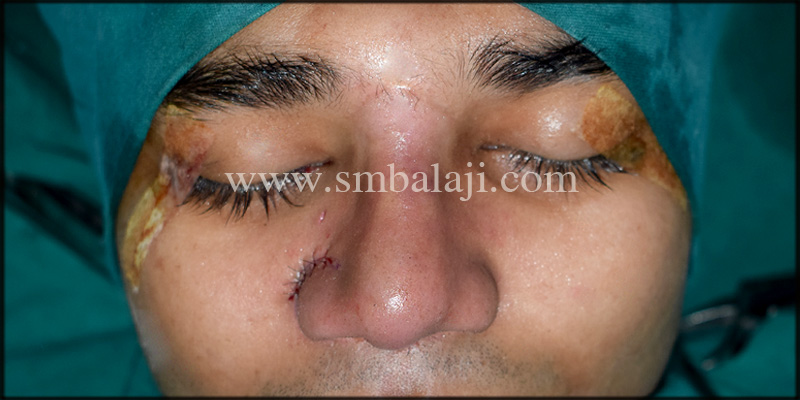 Surgical correction would be through the use of a costochondral rib graft. The nasal deviation was first corrected by a right lateral osteotomy. The nasal bridge height was then increased. This was by using the graft harvested from the right inframammary region. A small piece of the tissue was next excised from the right supra-alar crease to lift up the right nostril.
The results were immediate and the patient was very satisfied with the results. He expressed his gratitude before discharge from the hospital.