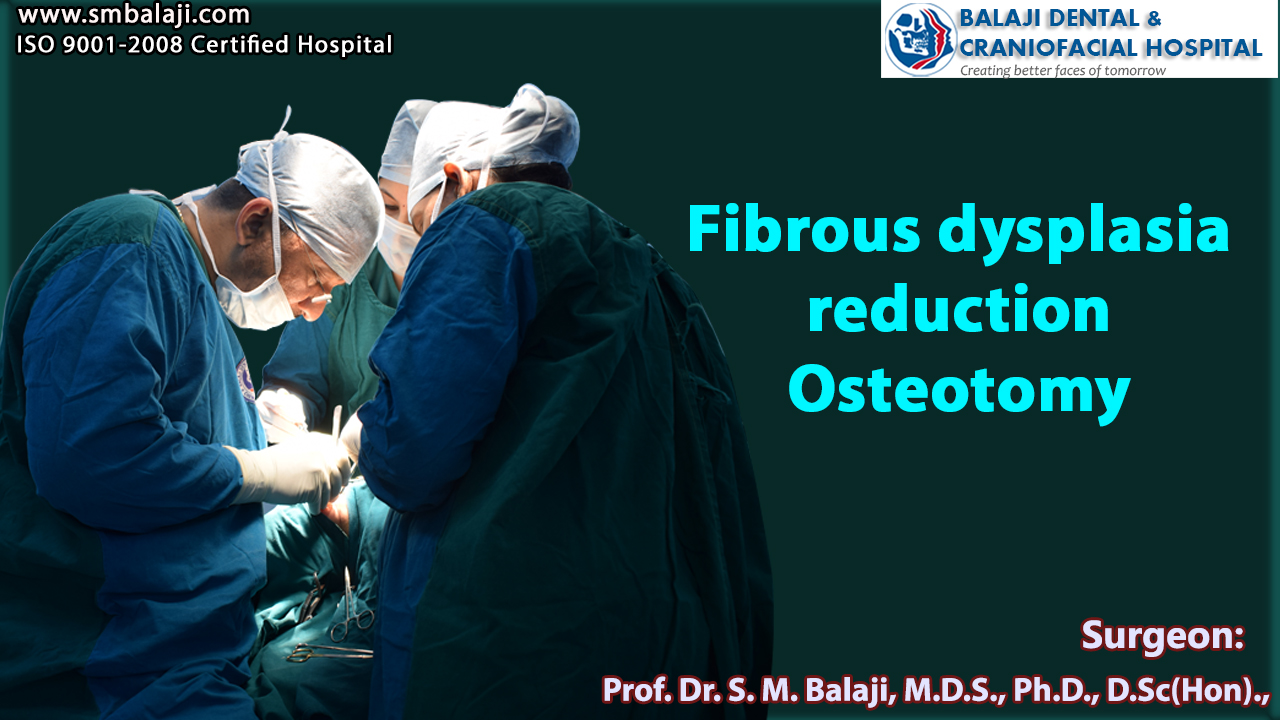 This lady had been aware for some time now that the left side of her lower jaw was slowly, but surely increasing in size. Since the lesion was painless, she had ignored it for a while. Her family decided that she needed medical intervention and took her to a dentist in their hometown. She was referred by that dentist to Balaji Dental and Craniofacial Hospital, Teynampet, Chennai, for management of her problem.

Dr. S. M. Balaji, Maxillo-Craniofacial Surgeon, examined the patient and ordered a 3D axial CT scan, which revealed a dense overgrowth in the region, which is characteristic of fibrous dysplasia. This is a disorder of the bone where normal bone is replaced by a scar-like fibrous tissue that leads to weakening of the bone structure. Dr. Balaji explained to the patient and her family that a reduction osteotomy was necessary to restore symmetry to the patient’s face. They were in agreement with this and she was scheduled for surgery.

Under satisfactory general anesthesia, a mucogingival flap was raised distal to the left lower canine and extended to the vestibule to expose the entire fibrous dysplasia lesion. The fibrous bone was then trimmed with high speed drills until perfect facial asymmetry was reestablished. Care was taken to ensure that the mental nerve was protected throughout the surgery. The flaps were then closed with sutures and the patient recovered uneventfully from general anesthesia.

The patient expressed her deep gratitude to Dr. Balaji for restoring symmetry back to her face before being discharged from the hospital.