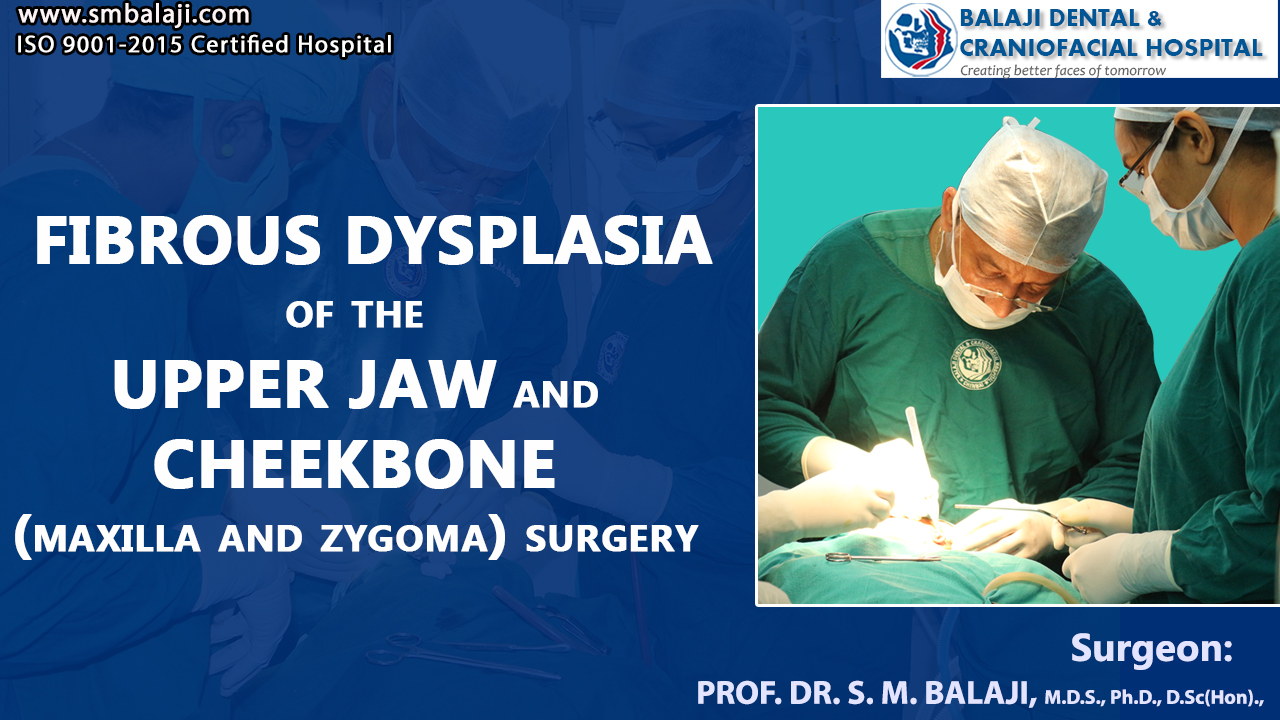 This is a 23-year-old patient from Mizoram, India who first noticed the swelling on the left side of his face about four months ago. He chose to ignore it as it did not cause him any pain; however, the swelling continued to slowly increase in size and this began to make his face feel heavy. It also caused disfigurement of his facial features, which began to distress him. This facial asymmetry began to make him feel self conscious while interacting with others and he slowly began to avoid social interactions with other people. He is a student and this began affecting his studies. His parents became alarmed as he also seemed to have lost his usual self confidence.

They took him to a local surgeon who examined him and obtained imaging studies. Upon viewing the images, he explained to them that there was an overgrowth of bony tissue at the site of the facial swelling and that it had to be addressed immediately. He said that it could be corrected only through surgery. The patient was then referred by the surgeon to Balaji Dental and Craniofacial Hospital in Chennai, which is a renowned center for facial asymmetry correction surgery in India as well as being a center of excellence for facial reconstruction surgery. Board certified plastic surgeons as well as oral and maxillofacial surgeons treat this condition in western countries.

Dr SM Balaji, facial cosmetic surgeon, examined the patient and obtained a detailed history. It emerged that the swelling developed insidiously and that the patient did not have any symptoms accompanying the development of the swelling. He then ordered comprehensive imaging studies for the patient. The 3DCT revealed that the patient had bony overgrowth in relation to the left zygomaticomaxillary complex. It went up to the outer border of the left orbit and was also seen to involve the left maxillary sinus and base of the skull.   The growth was diagnosed as fibrous dysplasia.

Fibrous dysplasia is a disorder where normal bone and marrow is replaced with fibrous tissue. It often affects the head and neck region. This causes formation of bone that is weak and prone to fractures and deformity. The abnormal excessive fibrous bone can extend into the orbital cavity and paranasal air sinuses or lead to compression of nerves such as the optic nerve, thus causing impairment of normal function and pain in the affected region.

It can either involve only one bone or can involve multiple bones. Involvement of multiple bones can lead to a serious compromise in the patient’s quality of life. Fibrous dysplasia can also occur in isolation or can occur in combination with other diseases. Treatment of extensive fibrous dysplasia is akin to reconstructive procedures.

The patient’s fibrous dysplasia lesion was approached through a crevicular incision that was made in the left maxilla. A mucoperiosteal flap was then elevated and the fibrous bone exposed. This fibrous overgrowth of bony tissue was then meticulously reduced to normal dimensions in the region of the left zygoma, zygomatic arch, nasal bone, maxilla, pterygomaxillary region and lower, medial and lateral borders of the left orbital rim. Reduction of the bony overgrowth was carried out until the bone was symmetrical to that on the right side of the face. The incision was then closed with sutures.

Complete facial symmetry was established and the patient regained his old facial features. He was very satisfied with the results of the surgery and expressed his satisfaction at the end of the surgery.