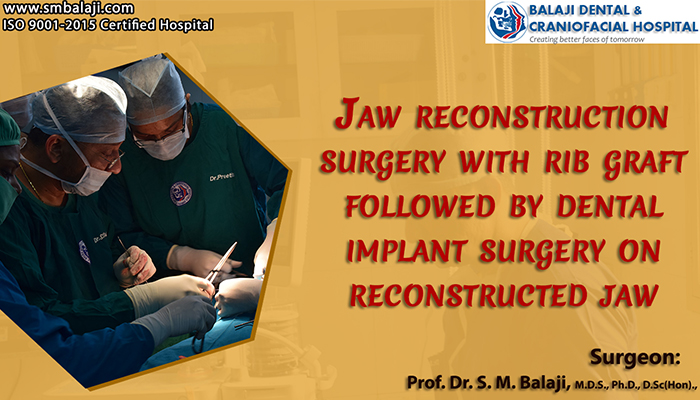 Mankind has always been prone to violence with a history strewn with small battles and major wars. Back in the olden days, fighting was invariably close contact before the invention of weapons whose destructive capabilities could wipe out entire sections of an army with one single shot. This close quarter fighting with swords and knives invariably resulted in horrific hard and soft tissue damage. Even though the soldiers wore protective armor, this was rarely adequate to avoid injuries. Jaw fractures were common and debilitating for those surviving them.

Dental specialists and surgeons tried their best to restore enough esthetics and function for the patient to integrate back into society after the wars, but this was prevented by serious infections caused by poor oral hygiene, which left the survivors with severely disfigured faces and bodies. Using artificial teeth through the utilization of removable dentures to bring a semblance of normalcy to shattered jaws proved to be grossly inadequate. Jaw reconstruction proved to be a task that was well beyond the capabilities of mankind at that point in time. Cosmetic surgery and artificial tooth fabrication technology was still in its infancy with poor esthetics.

Jaw reconstruction surgery is a relatively modern surgical procedure. It made its first appearance in the most rudimentary of forms in the year 1846 when Dr Simon Hullihen performed the first orthognathic surgery involving mandibular osteotomy with setback for a patient. An improvement in the understanding of the growth and development of the jaws including the genesis of the dental lamina, rete ridges and epithelial lining along with the development of general and local anesthesia led to improvement in jaw surgery techniques.

The patient is a young woman who presented with a slight swelling and pain in the premolar region of the left mandible. There was also displacement of the teeth in that region. She and her parents had presented to an oral surgeon in her hometown who had obtained radiographs of the region.

He diagnosed the patient to have a cystic lesion in that region. The patient was informed that she would require enucleation of the cyst followed by reconstruction of the jaw at a later date. She and her parents consented to surgery, but unfortunately, the cyst recurred a few months after surgery. She had approached the same surgeon again who had performed another enucleation, which again was followed by recurrence of the cyst a few months later.

Feeling very frustrated, she and her parents had sought a second opinion from a plastic surgeon in their home town who had explained to the parents and the patient that a single sitting cyst enucleation followed by jaw reconstruction surgery in India was performed in only a few specialty centers. He then referred the patient to Balaji Dental and Craniofacial Hospital in Chennai, India for surgical management of her cystic lesion.

The patient was examined by Dr SM Balaji, jaw reconstruction surgeon who then proceeded to order imaging studies for the patient including a 3D CT scan and also a biopsy, which revealed an odontogenic keratocyst. Odontogenic keratocysts (OKCS) always have to be removed completely in order to prevent relapse like the patient had experienced earlier. This is one of the common odontogenic tumors. He explained the treatment planning including the bone grafting with rib grafts to the patient and her parents who consented to surgery. The implant surgery would give perfect lifelike replacements for the natural teeth. Any impacted wisdom teeth if present are extracted during the time of this surgery.

Under general anesthesia, two rib grafts were harvested from the patient. A Valsalva maneuver was then performed to ensure that there was no perforation into the thoracic cavity. The incision was then closed in layers. Attention was then turned to the cyst enucleation and jaw reconstruction portion of the surgery.

The gingiva overlying the region of the cyst was retracted to expose the cyst. Contents of the cystic cavity were completely enucleated. The teeth overlying the cyst were also extracted and removed. The two rib grafts were then crafted and shaped to fit snugly into the bony defect left behind by the cyst. These were then fixed with screws and the flap closed with sutures.

The patient returned after three months for dental implant surgery. Radiographic studies demonstrated that the grafts had fused with the jaw bone and there was full correction of the bony defect from the cyst removal surgery. A dentoalveolar flap was raised and the screws used to fix the grafts were removed. This was followed by placement of four dental implants in the region. The flaps were then closed with sutures.

The patient will return in six months after the healing process is complete and there is full osseointegration of the implants with the jaw bone. Crowns will be placed over the implants at that time to complete total oral rehabilitation for the patient.