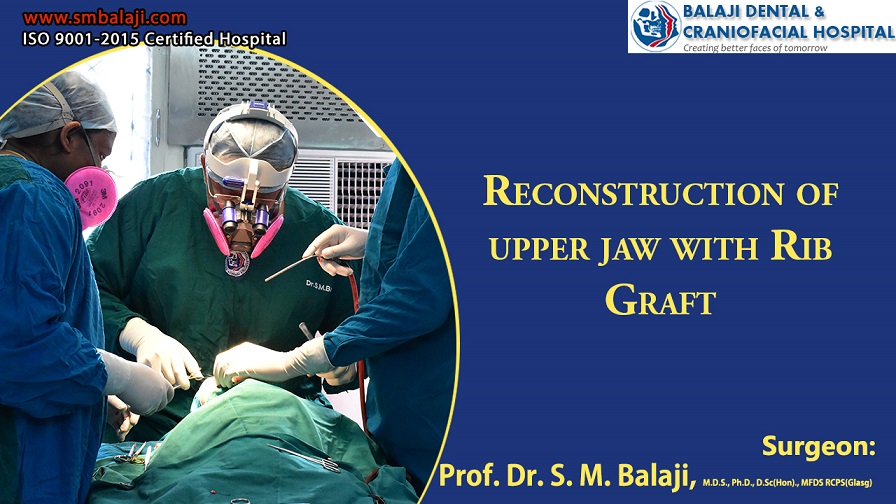 The jaws play a very important role in the maintenance of overall good physical and mental health. They give form to both the middle face and the lower face. Good symmetrical jaw structure plays a vital role in the holistic well-being of the person. They not only aid in speech and eating but are also vital for the esthetics of the facial region.

When this balance is disrupted either through disease or trauma, reconstructive surgery helps in reestablishing normalcy. Reconstruction of the upper jaw and lower jaw are exacting surgeries, which require a high level of skill. Experienced facial plastic surgeons provide the best results for jaw reconstruction surgery.

Role of Oral and Maxillofacial Surgeons in Facial Plastic Surgery

Oral and maxillofacial surgeons specialize in surgeries of the maxillofacial complex. They undergo a specialized training that involves cosmetic, trauma and cancer surgeries. Facial plastic surgery is also performed by them. Experienced surgeons of this specialty obtain the best results from jaw reconstruction surgery.

Various treatment modalities have been developed over the years for performing jaw reconstruction surgery. They include the usage of bone grafts and rh-BMP2, distraction osteogenesis, Le Fort osteotomies and sagittal split osteotomies. The best surgeons are able to visualize the final results beforehand and plan the surgeries accordingly.

Bilateral sagittal split osteotomy is performed for the receded lower jaw. Correction of craniofacial anomalies including orthognathic surgery is performed by Craniofacial surgeons. Cleft palate repair and cleft lip repair are performed by facial cosmetic surgeons. These are congenital defects present at birth.

Mandibular osteotomy is performed to reduce an oversized lower jaw. This is a form of corrective jaw surgery. Surgery is performed through small incisions made intraorally. Many of these cases require orthodontic treatment before and after surgery for fine-tuning of occlusion. Plates and screws are used to stabilize the site of the osteotomy.

Many pathological processes lead to compromise in the structure of the jaws. The tumours and cysts like ameloblastoma, odontogenic keratocysts, dentigerous cysts and osteosarcomas. Conditions such as hemifacial microsomia, congenital micrognathia and fractures caused by trauma also lead to jaw deformities.

Jaw Reconstruction Surgery as a part of Facial Plastic Surgery

Our hospital is a premiere center for facial plastic surgery in India. We are a super specialty surgical center for jaw reconstruction surgery. Our hospital has been a destination of choice for patients coming for facial surgery from around the world. We offer world-class services at a very nominal cost compared to hospitals in the developed nations.

Our hospital has won numerous awards for providing good results consistently for over three decades now. We are the affiliate surgery center for many international foundations around the world. This has been made possible by the dedication and hard work of Dr. SM Balaji. It is the result of his vision to provide world-class treatment in a third-world setting.

The patient is a 36-year-old male from Raipur in Chattisgarh, India. He was involved in a horrific multivehicle road traffic accident a few years ago. This resulted in extensive panfacial fractures, which left him with extensive facial deformities and functional compromise. He had suffered frontal, orbital, zygomatic, maxillary, and mandibular fractures.

He has undergone multiple surgeries in several hospitals in the past, but none of these surgeries were successful. They had resulted in worsening of his functional difficulties and facial esthetics. He had subsequently become depressed as the surgeries only compounded the problems caused by the road traffic accident.

Referral to our Hospital for Surgical Management of Facial Deformities

Realizing that the problem had to be addressed, his family conducted extensive inquiries for the best hospital to treat him. Many of the doctors they contacted referred them to our hospital. Convinced that our hospital was the best surgical center to address his problems, they presented to our hospital for an initial consultation

The treatment plan for surgical management of facial deformities caused by the previous surgeries was presented to them. It was explained that this would involve multiple surgeries that had to be spaced to obtain the best results. They were informed that the first surgery would be maxillary reconstruction using rib grafts harvested at the time of surgery.

He underwent successful reconstruction of the maxilla using rib grafts that were crafted to reconstruct the bony defect. There was a complete failure of the rib graft that had previously been placed in his hometown. The new rib grafts resulted in symmetry with the contralateral side of his maxilla.

It was explained to them that this was just the first step of his rehabilitation. He would need to return in four months for a zygoma implant following the consolidation of rib graft with the surrounding bone. The facial asymmetry that had resulted from the previous surgeries would be corrected by a series of surgeries.

Total Patient Satisfaction from Treatment at our Hospital

There was total patient satisfaction with all his family members expressing their happiness at the results of the surgery. They expressed understanding that they had to return in four months for the next surgery. The patient and his family thanked the staff before discharge from the hospital.