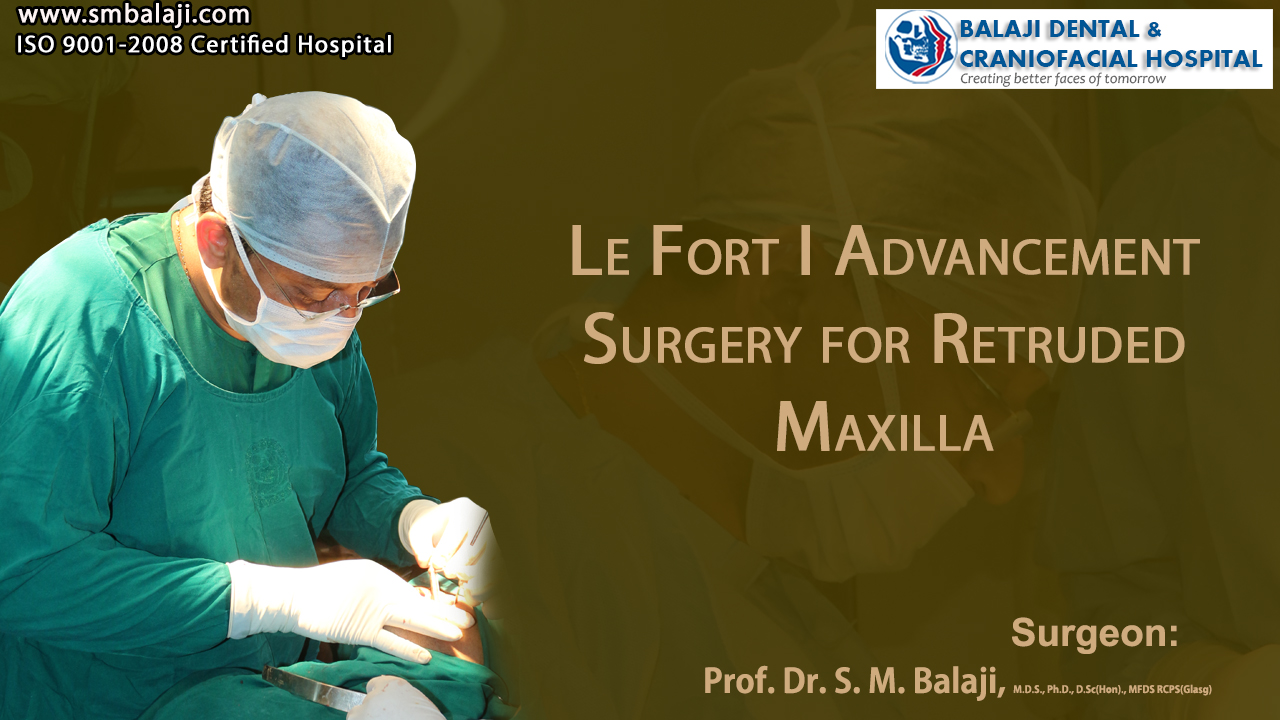 Patient with the complaint of idiopathic maxillary retrusion

The patient is a 28-year-old male from Amritsar in Punjab, India. He has always had a retruded midface of idiopathic origin ever since he can remember.  This had resulted in an anterior crossbite, which had made it hard for him to eat and utter certain sounds.

The patient had subsequently undergone bijaw surgery. His crossbite had been corrected. He had however not been satisfied with the results.

The patient and his parents had subsequently made widespread enquiries regarding selection of the hospital to correct this condition. They had finally decided to come to our hospital for surgical correction of his hypoplastic maxilla. He also wished to undergo dental implant surgery to replace his missing upper left lateral incisor.

Crouzon’s syndrome results in midfacial hypoplasia. Alcohol consumption by the mother during pregnancy can also lead to this condition. This presentation is known as fetal alcohol syndrome.

Midfacial hypoplasia is one of the constellation of signs that accompany this condition. Others include a small head size, low body weight and a reduced vertical height.

Bone cuts are made followed by dysjunction of the maxilla. The maxilla is then positioned forwards and stabilized using titanium plates and screws. This results in esthetic forward positioning of the retruded maxilla.

Initial presentation at our hospital for surgical correction

Dr SM Balaji, jaw reconstruction surgeon, examined the case. He then ordered for comprehensive radiographic studies including a 3D CT scan. It revealed that the patient still had a retruded maxilla. It was explained to the patient that he needed to undergo presurgical orthodontics for alignment of his teeth before surgery.

It was also explained to the patient that he needed to undergo further Le Fort I jaw advancement surgery. The patient and his parents were in complete agreement with the treatment plan and signed the informed patient consent.

He subsequently underwent fixed orthodontic treatment for alignment of his teeth. Once adequate alignment had been obtained, he was scheduled for surgery.

Under general anesthesia, the patient first underwent placement of a Nobel Biocare implant at the site of the missing lateral incisor. A vestibular incision was then made in the maxilla and the plates from the previous surgery were exposed.

A Le Fort I osteotomy was then performed after removal of the plates. The maxillary segment was advanced by 4 mm and occlusion was checked. This was then stabilized with Titanium plates and screws. The incision was then closed with sutures.

The patient recovered without any complications. He and his parents expressed their delight at the new facial esthetics after surgery. The patient said that he would now be able to face life with greater confidence levels. They expressed their gratitude before final discharge from the hospital.