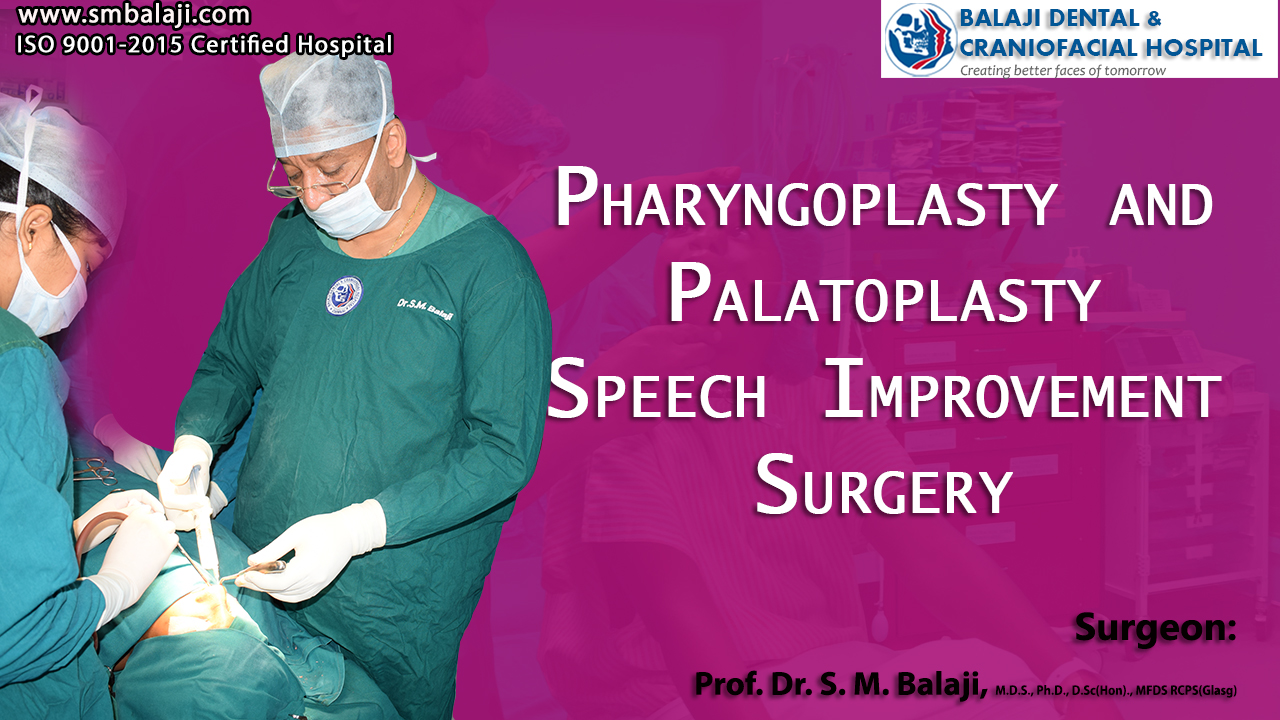 The patient is a 19-year-old college student from Guwahati in Assam, India. He was born with a bilateral cleft lip and palate defect. His parents had been extensively counseled regarding the condition. They were educated about the need to follow the correct schedules for surgical repair.

There was a good esthetic result from the surgery with minimal scarring of the upper lip. Plastic surgeons also perform this cosmetic surgery in many countries.

Increasing difficulty with speech with the passage of time

The patient has always had problems with clear word-formation since childhood. He has always had difficulty with the pronunciation of certain sounds. His parents felt that there was a nasal quality to his voice. It sounded like he was talking through his nose at times.

The patient had faced a lot of difficulties during his school days. Teachers had constantly complained that they could not understand his speech. He had also been subjected to teasing by his peers. All these factors made him withdrawn and he had very few friends.

Initial visit to a local hospital for surgical consultation

His parents had been counseled by well wishers of the family to get this speech problem addressed. They had visited a local hospital where they were informed that the patient needed surgical repair of his palate.

The mechanism of the velopharyngeal insufficiency was explained to them in detail. They understood that the communication between the oral cavity and nose due to VPI was causing air to escape into his nose during speech. Following this, they had made widespread enquiries regarding the best hospital to get this corrected.

They were then referred to our hospital for surgical management of his condition. Our hospital is a premiere center for speech correction surgery in India.  We are a referral hub for palatal defect surgery and jaw reconstruction in India. Our hospital is credited with many surgical innovations in cleft lip and palate rehabilitation.

Velopharyngeal insufficiency and its influence on word formation during the speech

When a patient has velopharyngeal incompetence/insufficiency, the soft palate does not contact the back of the throat. This is mandatory for the creation of certain sounds. Air exits through the oral cavity during the creation of certain sounds. This air escapes into the nasal cavity when there is velopharyngeal insufficiency. The nasal quality to the speech arises because of this escape of air into the nasal cavity.

Initial presentation at our hospital for surgical correction of the palate

Dr SM Balaji, palate repair surgeon and sphincter pharyngoplasty specialist, examined the patient. He noted the quality of speech and explained the causes to the patient and his parents. It was explained to them that the velum was not occluding and this was resulting in the nasal speech.

The patient was then referred to a speech pathologist for assessment was carried out. He was diagnosed with velopharyngeal insufficiency (VPI).

Treatment planning is done and explained to the patient in detail

It was explained to the patient and his parents that the palate surgery also needed to be redone. The palatal repair would be followed by a sphincter pharyngoplasty. This would result in complete normalization of the patient’s speech. Both procedures would be performed in a single surgery.

Under general anesthesia, a palatoplasty was first performed using Veau-Wardill Kilner’s technique. The levator palati muscle was joined in the middle. This resulted in a good roof of the mouth palatal repair for the patient.

This was followed by the sphincter pharyngoplasty. Flaps were raised from the palatopharyngeus muscle. These were then attached to the posterior wall of the pharynx. The attachment was at the level of the adenoids in the form of a posterior pharyngeal flap. This resulted in complete correction of the velopharyngeal insufficiency.

A small central opening or “port” was left in the middle for breathing. A suction test was performed at the end of the surgery, which demonstrated good movement of the soft palate. A positive suction test indicates that the patient would have normal speech after rehabilitation following surgery.

Total satisfaction with the results of the surgery

The patient and his parents were very happy with the outcome of the surgery. His parents stated that there was considerable improvement in the quality of his speech following surgery. They were extensively counseled regarding the need for speech therapy for the patient. Speech therapists play an integral role in the successful rehabilitation of these patients.

The patient and his parents expressed a complete understanding of the instructions. His parents stated that this surgery would help the patient gain self-confidence and develop a more active social life.