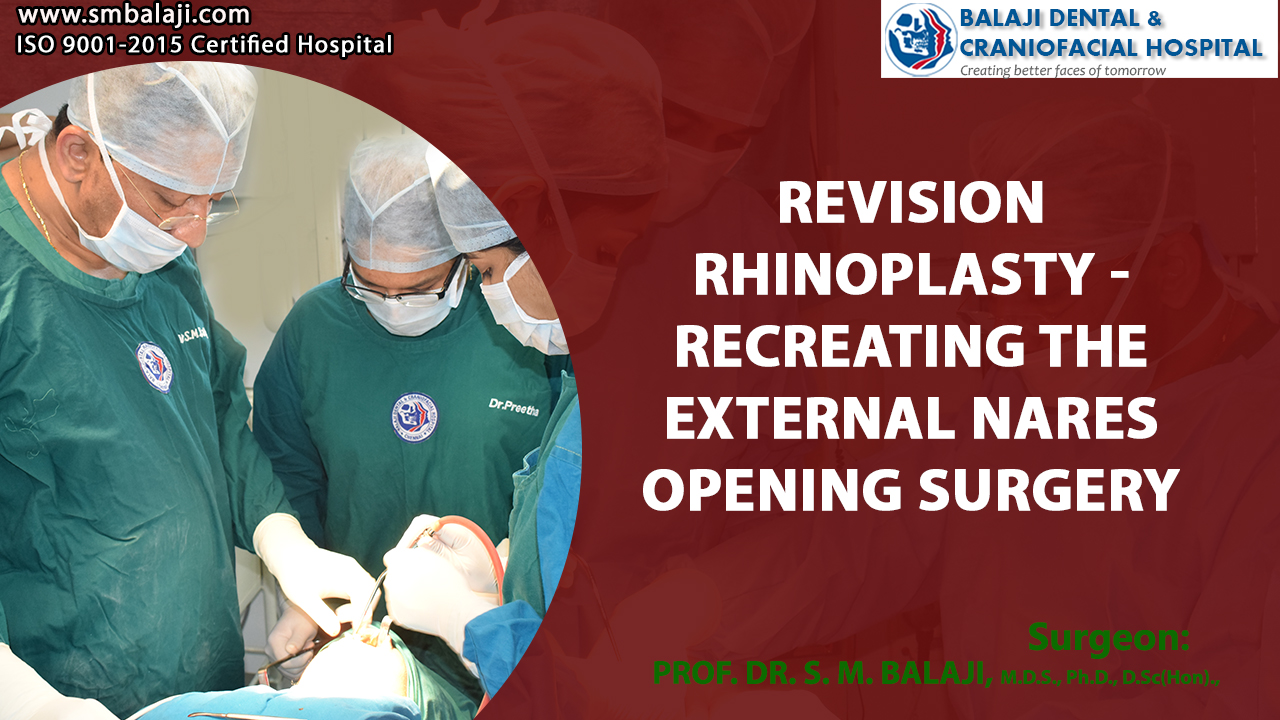 Patient born with a bilateral cleft lip and palate

The patient is a 14-year-old boy from Vadodara in Gujarat, India who was born with a bilateral cleft lip and palate. This is amongst the most common birth defects. Children born with these deformities need to be operated early. He had undergone cleft lip surgery at 3 months of age and cleft palate repair at 9 months of age. Delayed cleft palate repair would lead to improper speech development. This had been followed by a nose correction surgery at 5 years of age and an Abbe flap and lip revision at 7 years of age. The nose correction had been redone at 8 years of age. All these surgeries had been performed at a local hospital.

The patient had been left with a depressed nose and a completely closed right naris. There was both bone and cartilage insufficiency. He had extreme difficulty breathing. Even a minor nasal infection like a common cold caused him a great deal of distress. Added to this, he had an extremely unsightly scar at the region of the surgery. His nose was also asymmetrical and flat. The patient and his parents were therefore highly dissatisfied with the results of the previous rhinoplasty. He desired a nose job that would raise his nose and make it in harmony with the rest of his face.

Children with cleft lip and palate deformity face difficulties during interaction with peers. They are perceived as being different and may face bullying. Parents of children both with these deformities have to be very supportive. They should take care not to express any negative emotions towards children with cleft lip and palate. At the same time, they should ensure that the children are brought up in a normal atmosphere. Care should be taken to not spoil these children.

The patient had been feeling very depressed about this and his parents consulted a local cosmetic surgeon to address this problem. He had examined the patient and obtained imaging studies. Realizing the complexity of the problem, he had referred them to Balaji Dental and Craniofacial Hospital for surgical correction. Our hospital is a premier centre for rhinoplasty surgery in India. We also deal with all other facial cosmetic surgery procedures.

Dr SM Balaji, cosmetic rhinoplasty surgeon, examined the patient and obtained a detailed history. He then ordered comprehensive imaging studies for the patient. This had revealed that the patient did not have a right nostril. He also had a depressed nasal bridge and the columella was also absent.

Treatment planning for correction of the patient’s problems

The aim of the surgery was primarily to create a new hole for his right naris. Detailed treatment planning was done for the patient. Skin from the right nasolabial region would be utilized to create the nasal floor. A vestibular mucosal flap would be utilized for columellar reconstruction. It was also decided to elevate the dorsum of the nose using a double deckered costochondral rib graft. Bone grafts would not need to be harvested. The nose tip was to be elevated using a strut graft. This was explained to the parents who were in agreement and consented to surgery.

Under general anesthesia, an incision was made in the right inframammary region and costochondral graft was harvested. A Valsalva maneuver was then performed to ensure that there was no perforation into the thoracic cavity. The incision was then closed in layers using sutures.

Following this, using the open rhinoplasty technique, the depressed nasal bridge was augmented to recreate perfect nasal form using the costochondral graft. The strut graft was next placed to elevate the tip of the nose. Right nostril was then created using a triangular flap of tissue from the nasolabial region. This was followed by creation of the columella using a flap of tissue from the upper lip. Once complete hemostasis had been achieved, closure was done using both resorbable and nonresorbable sutures.

Successful outcome to the surgery

The patient and his parents were very happy with the results of the surgery. They said that the patient’s face was in harmony now. His facial esthetics had been restored by the surgery and he would now be able to face the world confidently.