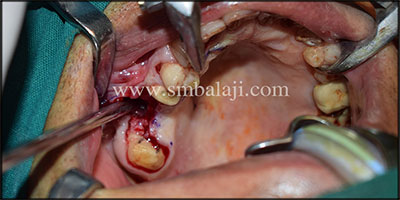 This is a middle-aged patient from a small town in Jharkhand. He had undergone extraction of an upper back tooth in his hometown. This was about a year ago. The wound refused to heal for a very long time. Any fluid he drank drained from his nose. This alarmed him to a great extent. He visited a local dentist. The dentist explained that there was a communication between his mouth and nose. He further explained the patient needed a minor surgery for this. The patient was then referred to a local oral surgeon.
A few months after the surgery, the patient still had the problem. It was then that he decided to turn to the Internet. Internet research for the best oral surgeon led the patient straight to our hospital.
The patient presented to our hospital. Dr. SM Balaji examined the patient and diagnosed an oroantral fistula. He then advised closure of the same. The oroantral fistula was then closed using Ashley’s palatal flap technique. A positive suction test demonstrated successful closure of the fistula. The patient expressed his thankfulness before final discharge from the hospital. 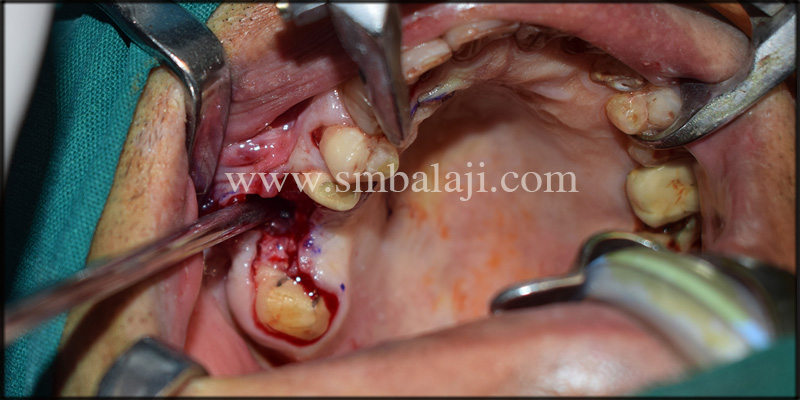 Pre-operative view depicting Oroantral fistula on the right side 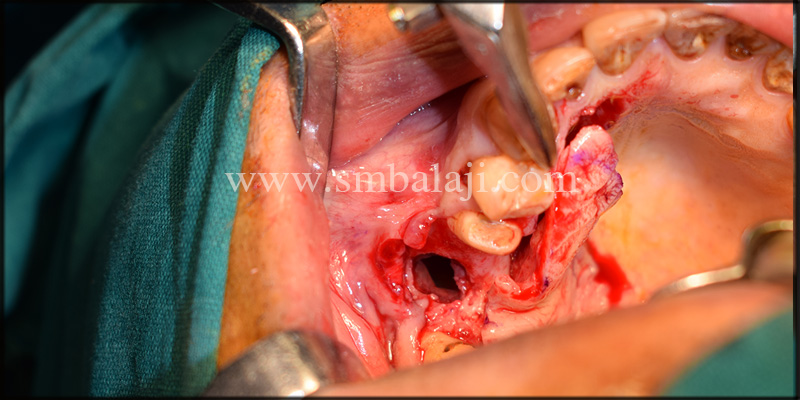 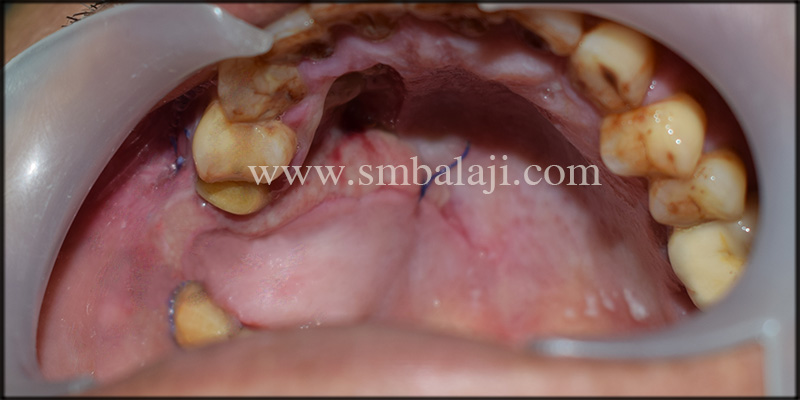